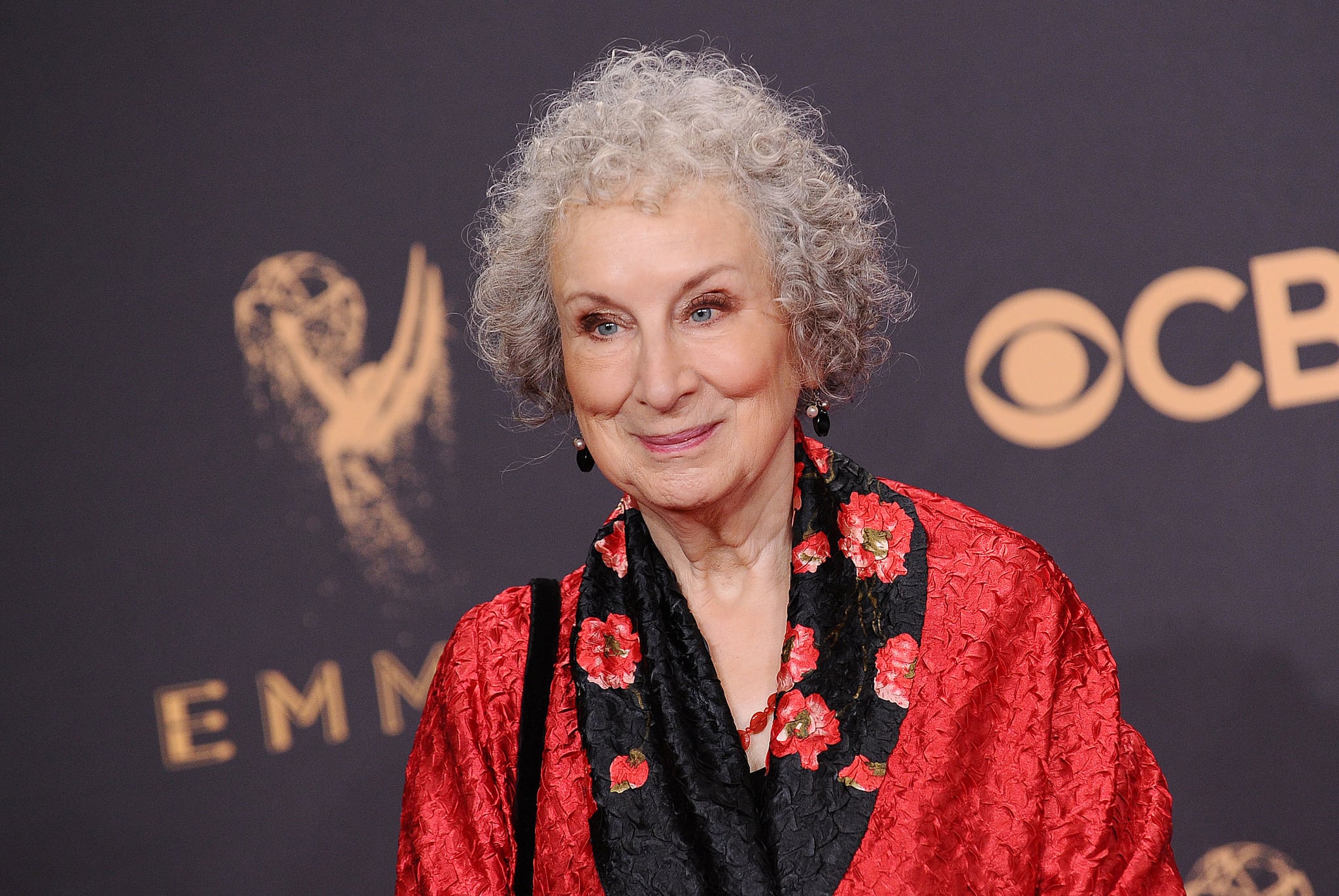 Sunday night's Emmy Awards were huge for The Handmaid's Tale. In addition to acting wins for Ann Dowd and Elisabeth Moss, the show also snagged wins for directing, writing, and best drama series. Perhaps the most heartening aspect of this huge swell of success is that the cast and crew are giving credit where credit is due. Not only was Margaret Atwood (the author of the original novel) present for the ceremony, but the show's producers were also quick to laud her story and writing as a key part of their wins.

Once the whole gang got backstage to the press room, Atwood herself was asked to speak on her experience with the show and what it means to have something so prolific come to life at such a perfect time. "Well, it's been a number of years since the novel was written, and since the first film was made," Atwood told press. "Fewer people were ready to believe that it was really real. More people are willing to believe that now." She continued to discuss her biggest hopes for the book and how that carried over into the TV show. "Never believe it can never happen here, which was one of the premises that I used for the book. And, as I've often said, nothing went into the book that people hadn't done, at some point in time, in some place."

In addition to sharing the public's enthusiasm for the most recent iteration of her story, Atwood seized the moment to talk about the book's legacy. She even shared a few interesting consequences of this latest TV adaptation. "It's been an opera, it's been a ballet, it's being turned into a graphic novel right now. It's had a number of different lives . . . so it's gotten out of the box, you know? People are sending me knitted chickens with little Handmaid's Tale outfits on them, and they're sending my pictures of their dogs and cats in that cloak. It's out there in the world. The handmaids have escaped. They're out there, and they're coming to you again in season two."

Amen. The Handmaid's Tale is set to return sometime in 2018.