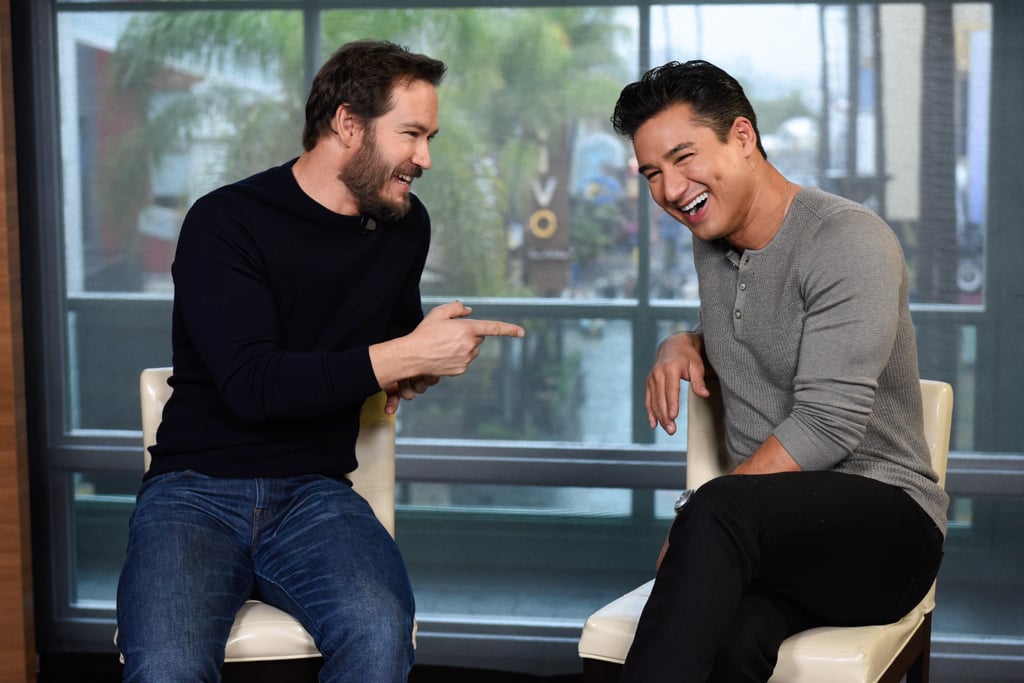 Time out! Mark-Paul Gosselaar and Mario Lopez had a Saved by the Bell reunion on Wednesday when Gosselaar stopped by Extra to talk about his new TV show, The Passage. After Gosselaar teased Lopez for always calling him rather than texting him, the former costars caught up on each other's lives, talking about what their kids are up to these days as Lopez looks forward to expanding his family.

Oh, and the important question: yes, of course they talked about their Bayside days! When Lopez asked Gosselaar what people ask him most often, Gosselaar said, "Where's Slater?" He added that while his wife didn't watch the show growing up, his kids do watch it, joking that they're "not impressed." Later, the two snapped a selfie and re-created one of their Saved by the Bell poses 30 years later. Yes, 30!

Check out the pair's full conversation in the clip above, then test your Saved by the Bell knowledge and relive The Tonight Show's epic Bayside reunion from a few years ago.