You may have just drooled over those recent Matt Bomer shirtless pictures, but come Friday, you'll get to see him take it off — take it all off yet again — in the sequel Magic Mike XXL. I visited the set last year with a few other reporters, and when we chatted with Bomer, we made sure to find out if his character, Ken, would be talking this time around — you know, more than one line. The sexy star opened up about what else we'll learn about his character, as well as the unlikely movie he compares this one too. Check out Bomer's interview, then find out what Channing Tatum and Joe Manganiello had to say on the set. 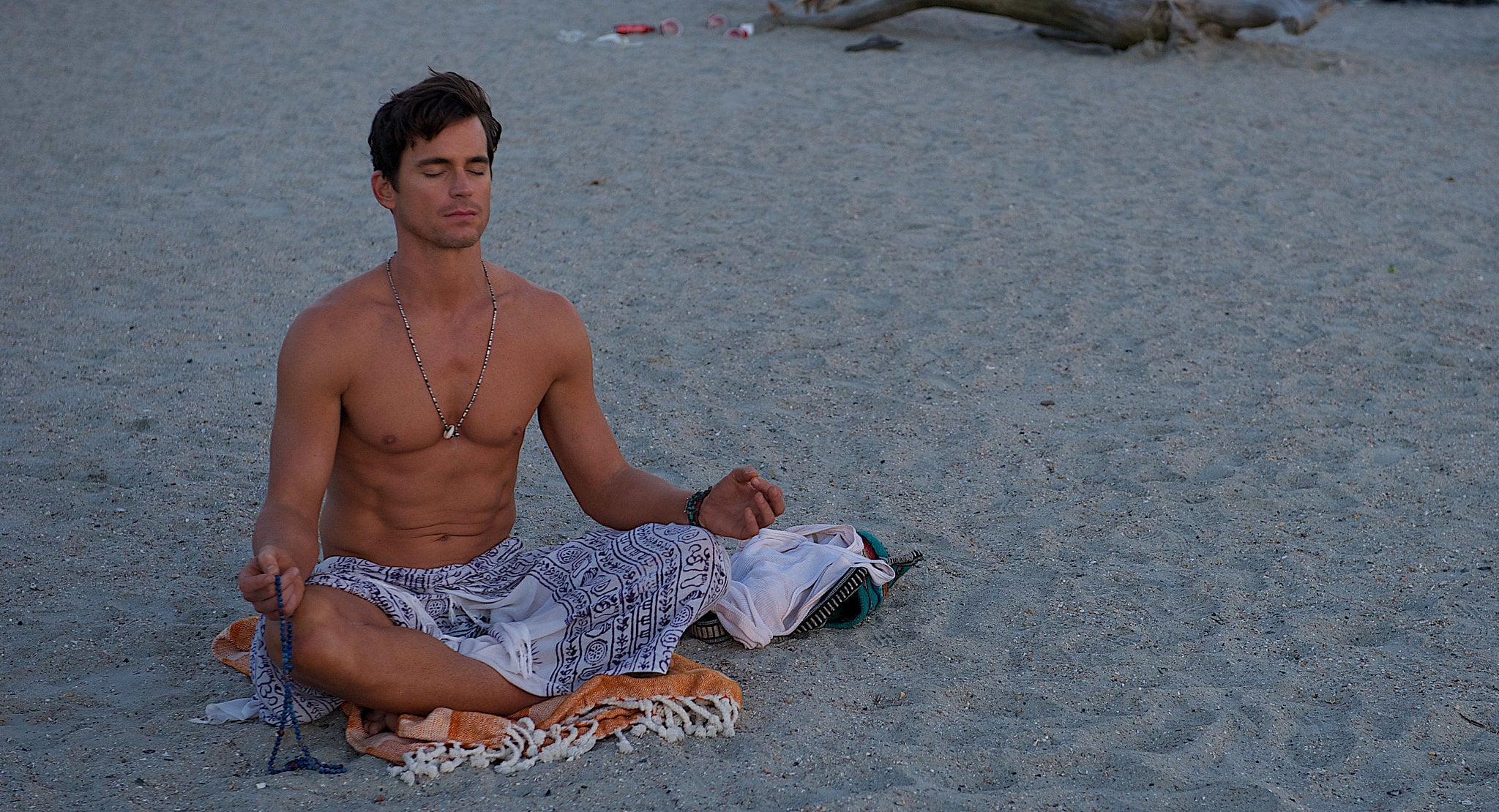 Considering your character, Ken, doesn't have many lines in the first Magic Mike, how much more will we hear you speak this time?

What do we learn about Ken that we didn't already know?

"I think you know the gist of it: this movie to me is sort of like a stripper odyssey, where it's like a mix of The Last Detail and [The Adventures of] Priscilla, Queen of the Desert. It's this group of these guys going out for one last ride to try to cash in and have one last moment of glory before they have to face a really scary reality — which is [that] they're kind of getting to the end of their time in their current profession. So I think you learn a lot about all the guys just in terms of where they are, where they want to be, because I think it's a noble profession in its own right, but there's definitely a ceiling where it's like, 'Uh-oh, I may be a little too old to make rent stripping any more.' They're all looking for what that next chapter is going to be, and that's sort of what you discover about who they are — and what they discover about themselves — along their fantastic voyage."

Is your character still married?

"No. You don't find that out until a ways into it."

"Everything about this movie is XXL. All of us took 'XXL' in the title to heart, and I think everything is bigger, bolder, flashier. What really amazes me about it — because I wasn't trepidatious about it, but I can always tell when I go to see a sequel, I'm like, 'Ugh, these guys just wanted to cash in.' When I read the script, I was like, oh my god, these guys really dug deep and found, in some ways, a version of the movie that maybe people thought they were going to get the first time. And the characters were all so grounded, and the world was so fleshed out. I thought, 'Wow, this could be XXL.'"

In some interviews for the last movie, you said that you get nervous going on stage and maybe a little scared. Do you still feel that way now?

"I think it's excited more than anything else. You're about to take your clothes off in front of a thousand people — it's not like an everyday circumstance, and it's not something you can really practice for. You rehearse in a little room, and all of a sudden you're out there, and you can't even hear yourself because everyone's so loud. So yeah, I don't think I'm any more nervous than any normal human being would be, but I think maybe two takes into it, I wasn't really nervous any more."

Is there anything that you had to do in the movie that you felt embarrassed or awkward about?

"I would say no. There's definitely nothing I really felt embarrassed or awkward about. I mean, I've been doing this for a long time. I kind of knew what I was in for, especially having done the first one. When you get out there and you start doing the numbers, you have to sort of just leave your boundaries at the door when someone is grabbing your crotch or whatever; just go with it because that's kind of what it's about."

Was there one costume that you hated or just made you feel so uncomfortable or gave you the worst wedgie?

"You mean other than my f*cking disco ball, disco ball freakin' t-back that I have on right now? [Laughs.] No, a lot of Ken's stuff [is] what you may or may not have garnered from the first one . . . he was sort of this hippie, this new-age, sort of the spiritual stripper. So a lot of his clothes are very hemp-based and a lot of tank tops and man jewelry, which is not what I wear in my life. I don't know if it was annoying; it was just different."

There's a lot of bromance in the cast because you have worked together before, but instead of having a day off and relaxing, everyone is on set.

"Yeah. It's always so fascinating when you work with a bunch of guys because you see all of the pack dynamics taking place around you. Every now and again, I had to be like, 'Wait, Piggy's got the conch, motherf*ckers.' But everybody loves each other. And it was a Lord of the Flies reference. I should not be making literary references in a stripper movie.

At the end of the day, everybody has so much love for each other and really has each other's back through the whole process. This is the stuff that really bonds you, because it is a high-wire act to walk out in front of a thousand strangers and do a performance for the first time and see how they're going to respond and what they're going to respond to that you never thought they were going to respond to. So it's been really nice to go home at night, and there's an email chain going around amongst all of the guys about supporting each other, and [saying] good luck tomorrow and great work today, and all those things. I guess to me it's reminiscent of being on a football team. You know, you're all in it together, and you're facing some high stakes. [It's] not exactly that situation, but you know, some high-stakes circumstances and you just have to have each other's back for it."

Instead of uniforms and footballs, it's getting waxed from the chin down.

"There's definitely a spray tan. It's so sad that I've actually lost the ability to smell it now. I used to smell like maple syrup, and now I just don't even notice it any more. What's the day-to-day maintenance like? It's not that crazy. I think what you're going to find in the movie is there's a lot of the guys and their personal lives, and obviously when it's time to go on stage, you've got to bust out that razor and go against the grain, baby."