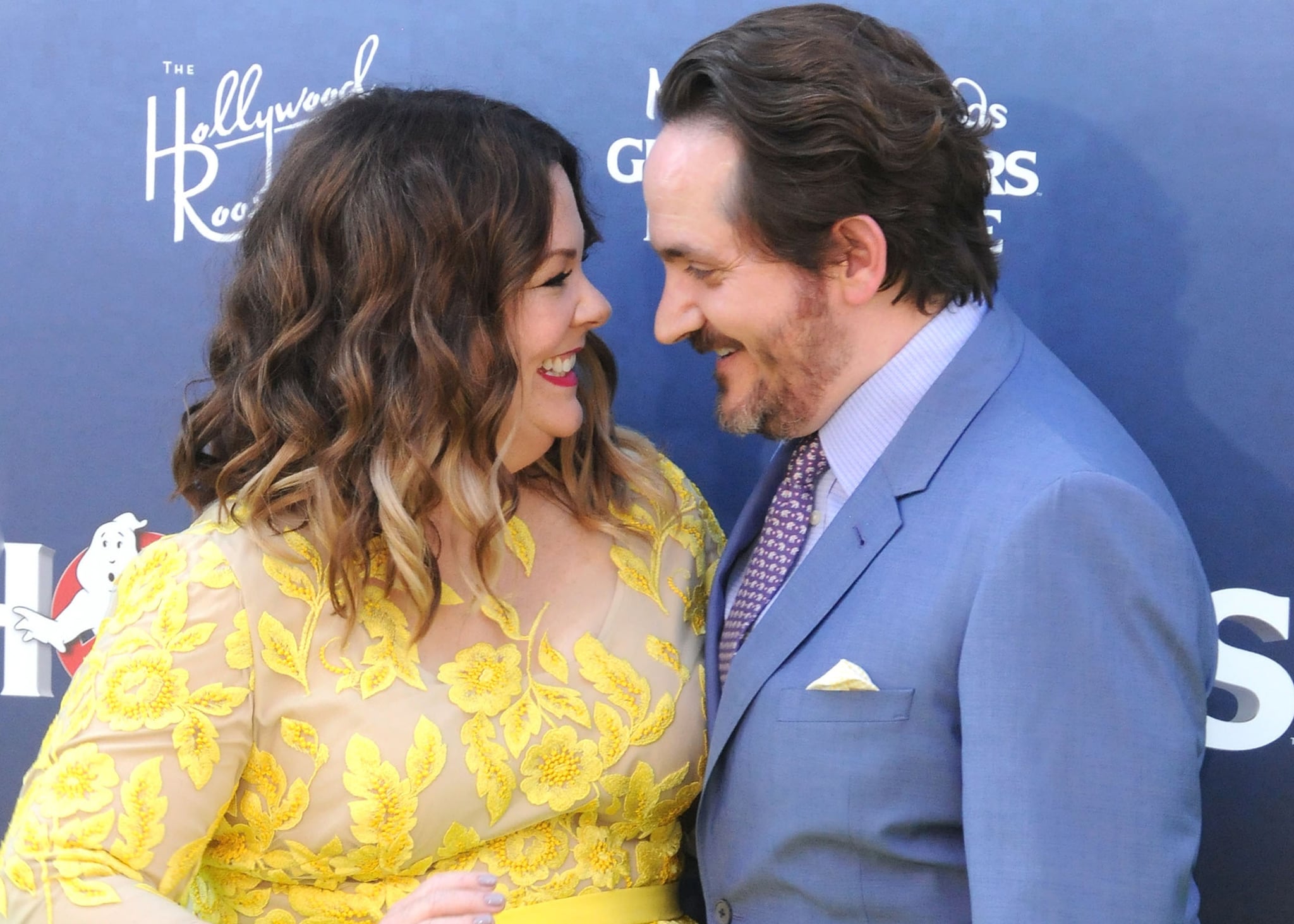 For anyone who's ever seen Bridesmaids, it shouldn't come as a surprise that Melissa McCarthy and Ben Falcone don't just make an adorable couple; they also make an incredible comedy team. No matter what strange situations their characters get into — like shamelessly seducing each other on an airplane, for instance — the couple's chemistry always shines through on screen. Of course, it's something else entirely when you witness it firsthand.

In fact, when I visited the set of their upcoming film, Life of the Party, it was one of the first things I noticed. As McCarthy filmed an intense breakup scene with Veep's Matt Walsh, who plays her soon-to-be ex-husband, her real-life husband was there to lighten the mood after every take. Only, Falcone wasn't merely her on-set cheerleader — in addition to championing his wife's career on a personal level, he also directed Life of the Party. Each time they would reset the scene, my ear set would become flooded with the sound of McCarthy's infectious laughter as Falcone gave her notes. These two really do take the saying "work hard, play hard" to a whole new level.

These two really do take the saying "work hard, play hard" to a whole new level.

The comedy, which just released its first hilarious trailer, centers on a recently dumped housewife named Deanna who decides to enroll in college to finish the degree she put on hold years earlier to start a family. The only catch? It's the same school her teenage daughter, Maddie, is currently attending. Despite the rocky relationship between Deanna and her husband, it seems like McCarthy and Falcone's marriage could not be stronger. After playing love interests in 2011's Bridesmaids, the two have made a habit out of teaming up together for films like Tammy and The Boss. And I'm not just talking about Falcone's hilarious cameos (which he teases could happen again in this film). Not only does McCarthy star in the movie, but the two also serve as cowriters and coproducers.

So, what exactly inspired the couple to write a story about a middle-aged woman reclaiming her independence and reliving her glory days? Their friends. While they don't personally know anyone who's gone through the same situation as Deanna, hearing sweeping statements about growing older from other couples they know got them thinking about the concept of reinventing yourself at an older age.

"We had a weird thing where I felt like, four times in an eight-day period . . . someone said, 'We're not really restaurant people. We're not really go-out, movie people,'" McCarthy explained. "People kept making these strange, sweeping statements, and I had the weirdest reaction to it. Anytime someone said that, I was like, 'They're 42!' At 70, you could move to Portugal and raise goats. You don't know what you're going to do. You may have 50 years left of your life! You're not even at the halfway point." 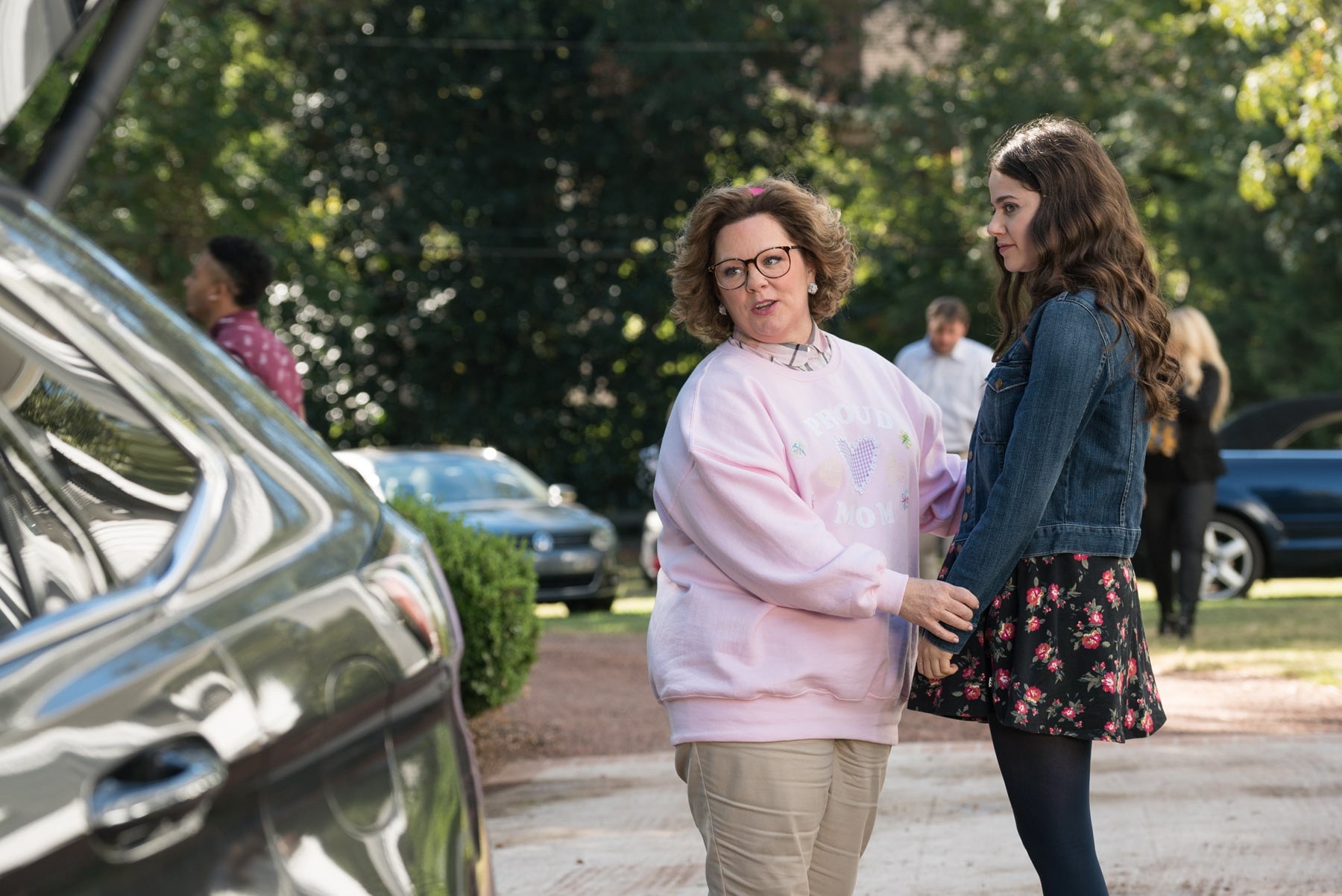 Clearly McCarthy and Falcone haven't found themselves in a similar rut. After almost 13 years of marriage, the couple could not be more different than the one featured in Life of the Party, who break up after Walsh's character leaves McCarthy's Deanna for another woman (Julie Bowen). McCarthy and Falcone share everything together, including their own production company, On the Day, as well as their two adorable daughters, Vivian and Georgette.

"I went down a wormhole with it, with people at a way too early an age being like, 'We're done. This is what it is. We can't evolve anymore. We can't change anything about ourselves,'" McCarthy added about her friends' comments. "I just found that so sad, and a weird thing you can buy into. And that's what this was all about. You really could restart the clock. I am always obsessed with the second chance thing, or the fifth chance, or the sixth chance. It's where we spun out from there."

"No one makes Ben laugh more than Melissa. It's a really wonderful dynamic."

Just like the film itself, the vibe on set is very light. Of course, the seamless creative process is in large part due to Falcone and McCarthy's incredible working relationship. You would think watching the same scene over and over for an hour would get tiresome, but not the way McCarthy and Falcone do it. As seasoned improvisation actors, each take is different, and as Adria Arjona, who plays one of Maddie's sorority sisters, put it, "No one makes Ben laugh more than Melissa."

"It's a really wonderful dynamic," she continued. "Melissa gives his directorial stage to him, and he gives her stage as an actor. It's a great balance, and it's all based on respect. They talk and they spit ideas to one another and they come up with great stuff. It's never a conflict. They're just always laughing and working towards getting something better." 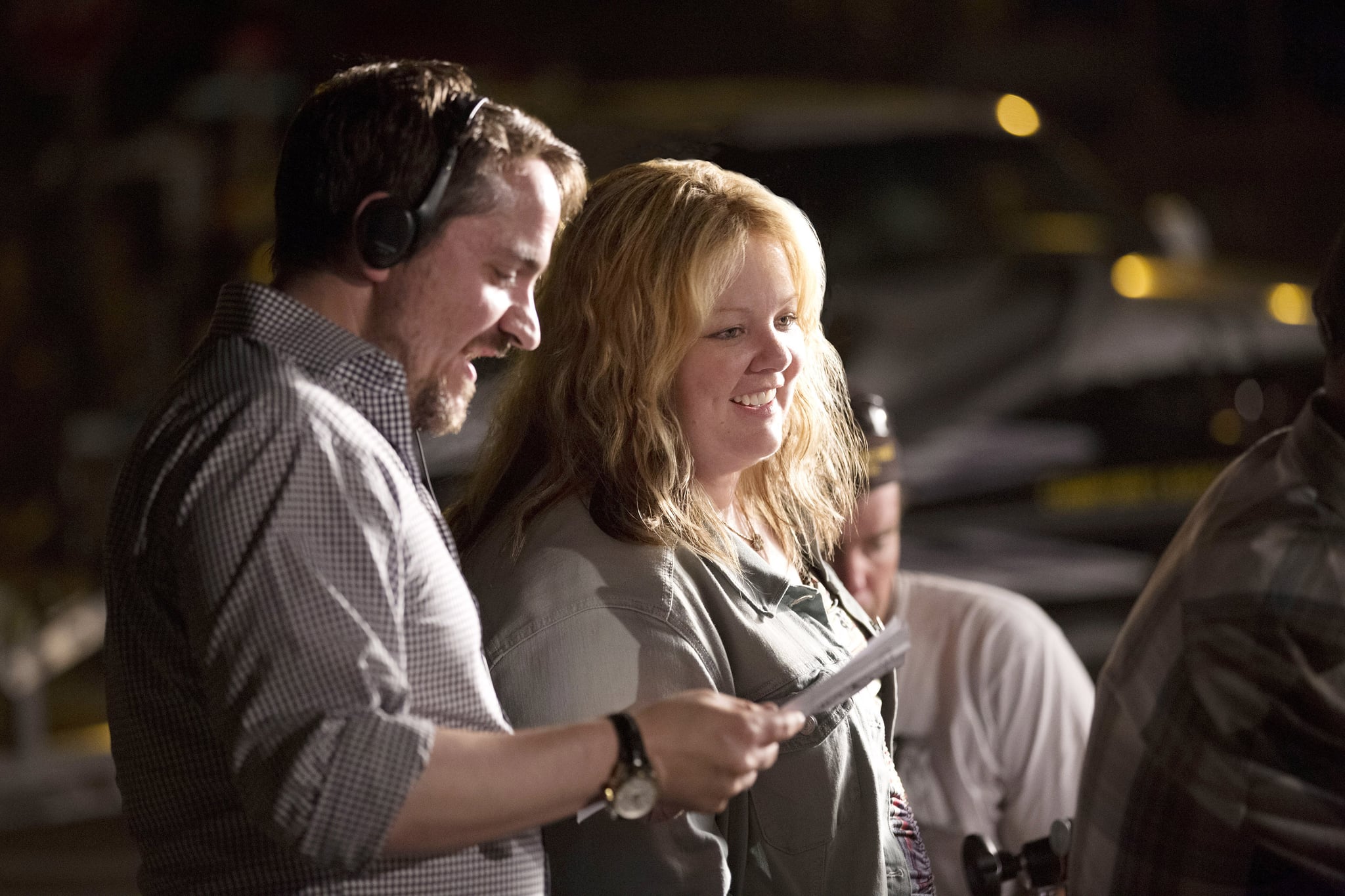 When it comes to directing his wife, Falcone couldn't agree more. The easy rapport they have is what helps drive the heart of comedies like Life of the Party and only seems to make their relationship stronger. For him, one of the best parts about working with her on set day in and day out is the privilege of witnessing how talented she is.

"She's super open to trying just a ton of different stuff, which is always great, 'cause she also knows I'm not going to put anything in the movie that she really doesn't want to be in the movie," he joked. "I wanna live in my home. We've been writing together for 15 to 16 years, so it's pretty comfortable and natural for us. My favorite part is just watching her get an idea — we bring writers on the set too to help us, because I kind of have a lot going on, looking at the monitors to figure out what we're doing — and so hearing maybe one of the writers come in and pitch a new idea and watching her run with it, I think that might be my favorite thing to watch her do."

Life of the Party hits theaters on May 11.