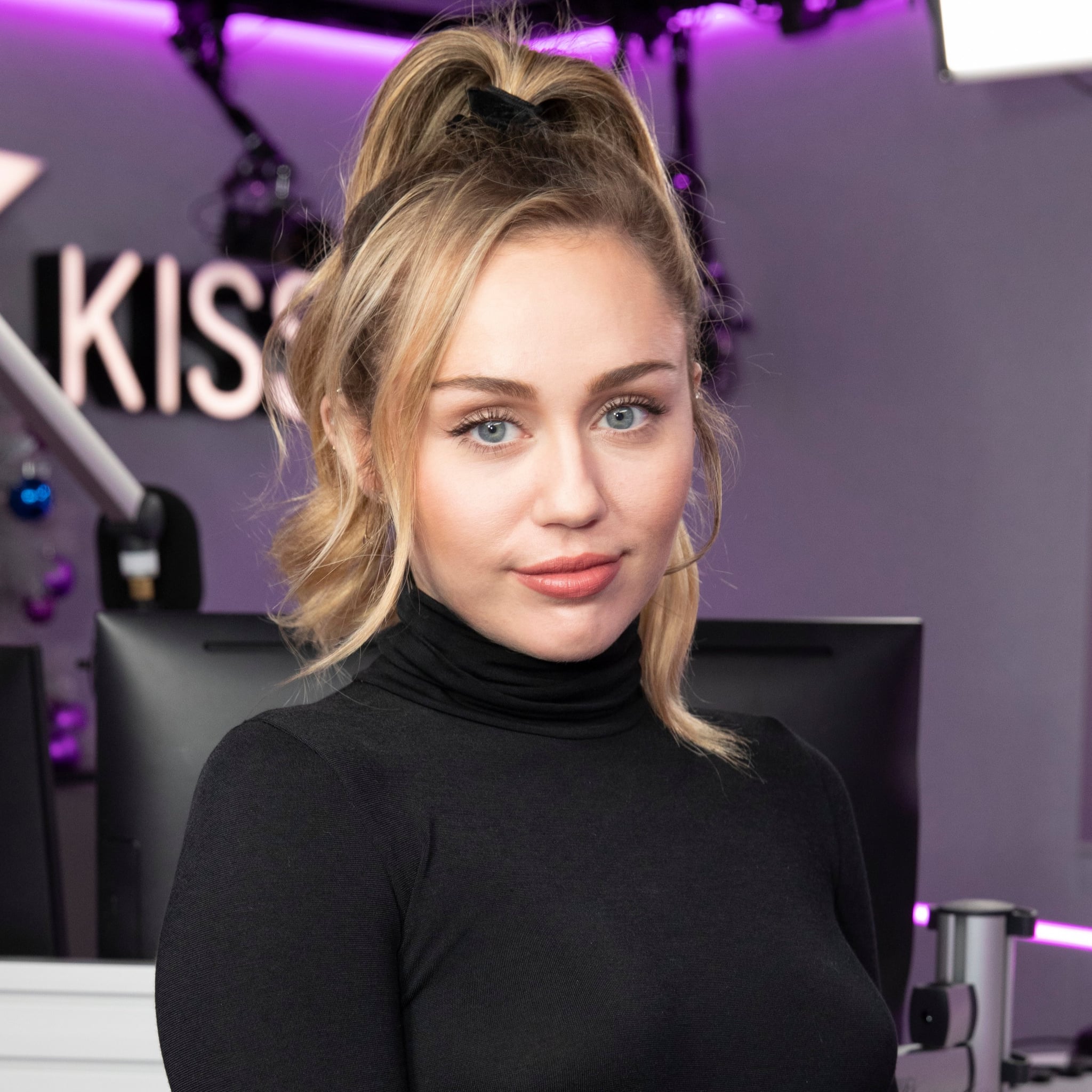 If you're eagerly awaiting the release of Black Mirror's fifth season, we have an exciting detail to tide you over as the anticipation builds. It sounds like Miley Cyrus will be starring in an upcoming episode of the dark, disturbing Netflix series, according to quotes from both her sister Brandi Cyrus and Miley herself.

Last month, rumors began circling about the 26-year-old singer's unexpected appearance on the show after she was spotted filming in South Africa. Brandi revealed during the Dec. 11 episode of Your Favorite Thing Podcast With Wells and Brandi that she accompanied Miley on this trip and shared details about her sister's experience.

Brandi never mentioned the show by name, but she did confirm that Miley filmed an episode alongside another Netflix star, Ozark's Marc Menchaca. It's no surprise that specifics about a potential Miley appearance are so hard to come by since the creators of Black Mirror are famously secretive about the arc of the show. However, Miley let a few more details about what she's been up to on the bleak sci-fi series slip when she appeared on Howard Stern's radio show in December.

"I'm really actually excited for everyone to watch the 'head shaking project' we said yes to [before]," she said, cryptically referring to Charlie Brooker's series. "The minute I say I never want to do something again, all of a sudden, there I am." She went on to note that this is one of the first acting projects she's been proud of in quite some time, though that is exactly why she's nervous for people to see it. "I hate everything, but it was the first time I've left somewhere feeling really proud of my work," she said. "But you know if I like it that might mean it's horrible."

Any explicit details about who the "Nothing Breaks Like a Heart" singer will be playing are still very much under wraps, but she revealed that the role is "dynamic" and she's able to show "a lot of different sides" of her character:

"There's a lot of dimension to it, and actually it was while the devastation of Malibu was happening, and it was a really weird learning experience for me, because I was so far from home and the show is already really dark, and it's already kind of eerie the you're there the whole time. But I learned a lot about myself and I think I was able to kind of use that and put that into it."

We'll just have to wait and see what the fifth season brings — and fans expect we'll be seeing it sooner rather than later.