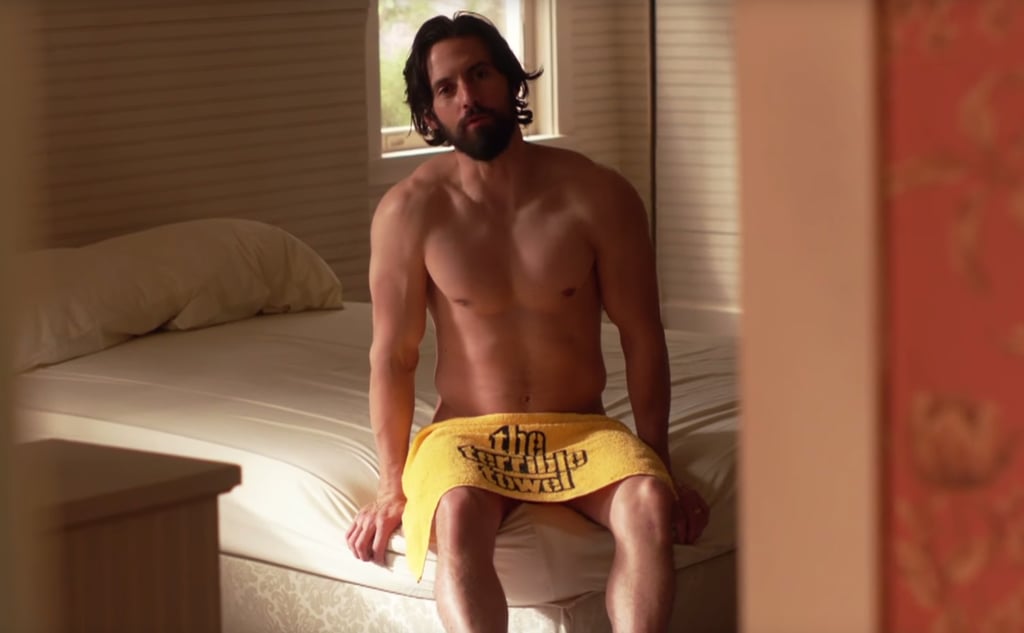 OK, So, We Can't Stop Looking at Milo Ventimiglia's Butt

Back in May, NBC released the full trailer for their new, heartfelt drama, This Is Us. Don't get us wrong; the show looks stunning, heartbreaking, and beautiful. Even so, we found ourselves distracted by one part of the trailer in particular: Milo Ventimiglia's bare butt. We've seen plenty of butts on TV before — we're looking at you, Game of Thrones — but it's not something you really see on networks like NBC or ABC.

We're not the only ones who noticed, either. During this year's Television Critics Association press tour, Ventimiglia admitted even he was surprised to see his behind front and center in the trailer. "It was like, eh, this is NBC, they can't show this stuff on TV, it's no big deal. They're gonna cut and get a side of my hip, or anything like that. But no, when I saw the trailer I'm like, 'Wow, man, that is my ass and that is my ass before my face. Okay, here we go.'" Mandy Moore, Ventimiglia's costar and romantic opposite, admitted she didn't mind the circumstances at all. "I know full well that we've all been upstaged by the derriére," she said. "And I'm totally fine with it. It's a really good butt. And I got to look at it for almost a whole day." Given the fact that the rear is the talk of the town, we thought we'd do you a service and GIF it . . . multiple times.

Gossip Girl
The "Gossip Girl" Cast on Monet's Mean Girl Takeover in Season 2: "[She] Really Has Her Time to Shine"
by Njera Perkins 13 hours ago