Season 11 of Supernatural doesn't premiere until Oct. 7, but you don't have to wait until then to get some good spoilers. Jensen Ackles told us about directing the first episode, Jared Padalecki talked about this season's episode in the Impala, and Misha Collins spilled on where the show picks up after the finale. We spoke to him with a group of reporters at Comic-Con, and here's what he had to say about Castiel this season! 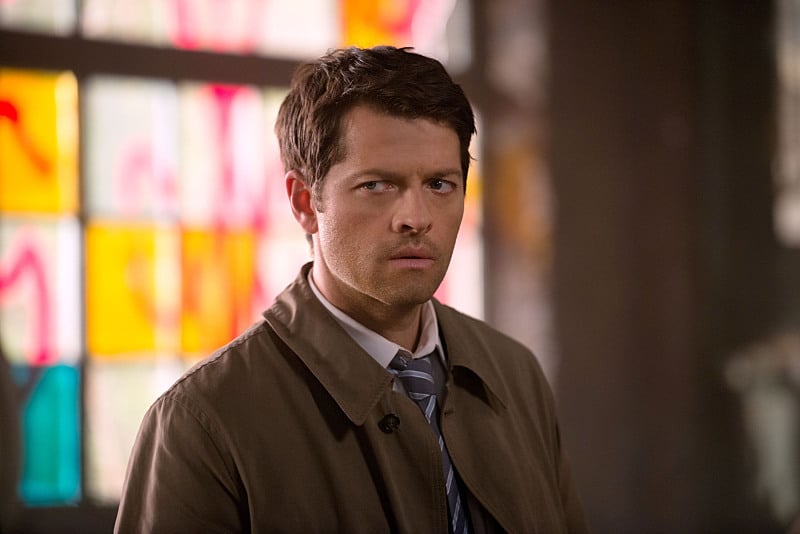 The last time we see Castiel, he's under Rowena's spell. Where do things pick up for him?

Misha Collins: In the exact same place. We pick up season 11 with Castiel still being under Rowena's spell. The time cut is negligible; we are really picking up right where we left off. Castiel is dealing with the attack dog spell and The Darkness is just falling.

What are your expectations for the next season?

MC: I think it is going to be a good season! We are changing what is happening on the show. This season is going to be about reuniting us against a big bad, which is something we have done before, but it is changing it up. It's giving us a new focus and I think that is going to be great.

Are Dean and Castiel going to take some time to rebuild their fractured relationship, or are they going to immediately have to come together to fight The Darkness?

MC: We are going to see them put their differences aside and unite against that common enemy. I think that they are aware that the presence of The Darkness is actually their fault and they have to clean up the mess that they have made.

What is one thing that fans don't know about the set?

MC: We spend a lot of time laughing and d*cking around between takes — and during takes — but they know that already. One thing people don't realize is how much of our job can be highly technical, like it is incredibly important that you hit your mark while you are in a scene because otherwise you might be out of focus. Or if I am going to punch you in a scene, it actually has to line up perfectly with the camera lens so that it sells on camera. Sometimes we do a punch and they will say, "Actually you need to do that three inches higher and come off a little further to the left with it." With fight scenes, which often seem like they are happening in real time and are really dynamic and fast, we will just pause to do the same punch a few times to get it right, and then move on to the next. So while it seems often fluid and seamless in what you see on air, it's actually broken up into tiny little pieces. It is very precise and very technical.

Image Source: The CW
SupernaturalComic-ConTVMisha CollinsCelebrity Interviews
Around The Web

Oscars
Lady Gaga Was Pulled Over by Tiffany's Security After the Oscars . . . on Her Way to Taco Bell
by Perri Konecky 8 hours ago

TV
Mauricio Ochmann Is Set For the Ride of His Lifetime in Pantaya’s New Series R
by Maria G. Valdez 9 hours ago