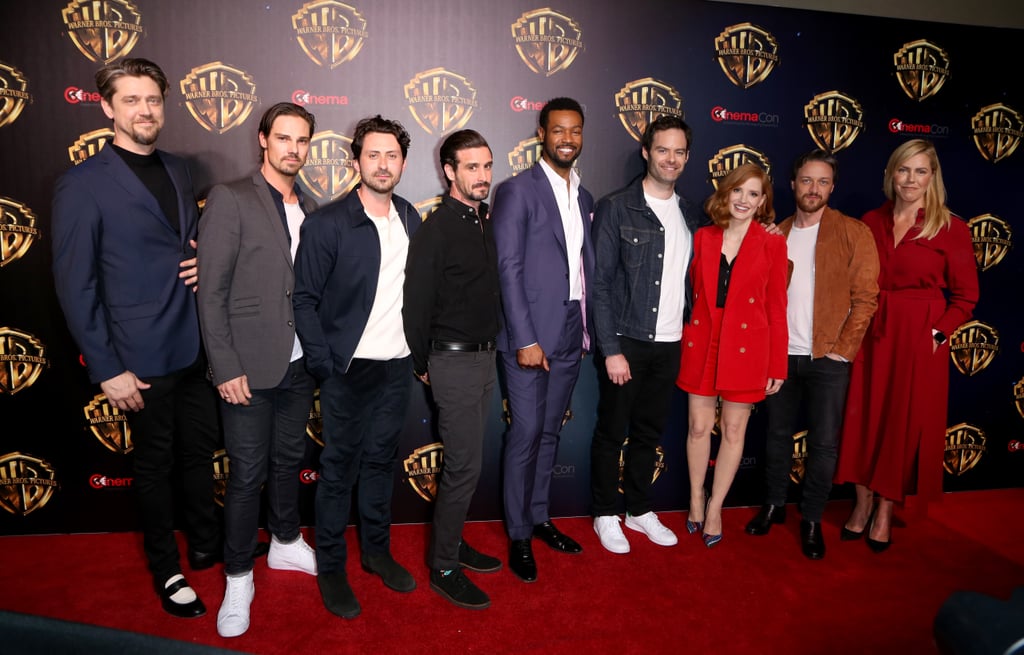 The two generations from the upcoming It sequel united on Tuesday at CinemaCon in Las Vegas to promote the bone-chilling film. During the event, the young stars from the 2017 movie — Sophia Lillis, Finn Wolfhard, Jack Dylan Grazer, Chosen Jacobs, Jeremy Ray Taylor, and Wyatt Oleff — were joined by Jessica Chastain, Bill Hader, James Ransone, Isaiah Mustafa, Jay Ryan, and Andy Bean, who will be portraying the children as adults in the follow-up thriller, respectively.

James McAvoy also made an appearance, though his onscreen younger self, Jaeden Martell, couldn't make it. "He's too talented and he threatens me, so I made him disappear," James joked. Throughout the event, the new and returning cast members all posed for a few adorable snapshots together, notably Chastain and Lillis, who gave each other warm embraces while flashing bright smiles both on and off stage.

Director Andy Muschietti — who walked on stage holding red balloons — also showed attendees a sneak peek of the movie, and it sounds like it's going to be absolutely horrifying. In the clip, an adult Beverly Marsh (Chastain) returns to her old home to learn that her father has passed away. She's greeted by an elderly woman who invites her in to take a look around the house. While Beverly recalls old memories, a figure in the background is being dragged into a different room. Suddenly, things go awry as flies begin to appear and the old woman — donning a Pennywise-esque smile, of course — goes after Beverly. (OK, between Captain Marvel punching a Skrull that's in disguise as an elder and Pennywise now potentially taking the form of an old lady, I'm starting to think Hollywood has a thing against senior citizens.)

Thankfully, the cast didn't have to worry about a nightmarish clown running out on stage saying, "You'll float, too!" They were able to enjoy the event and get all the horror fans pumped for It: Chapter 2, which will hit theaters on Sept. 6! 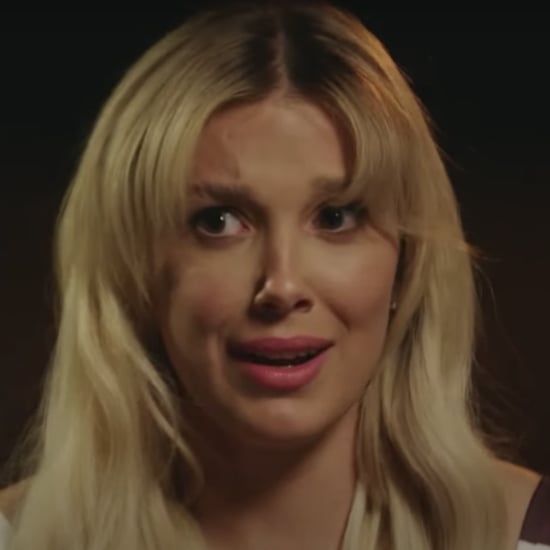 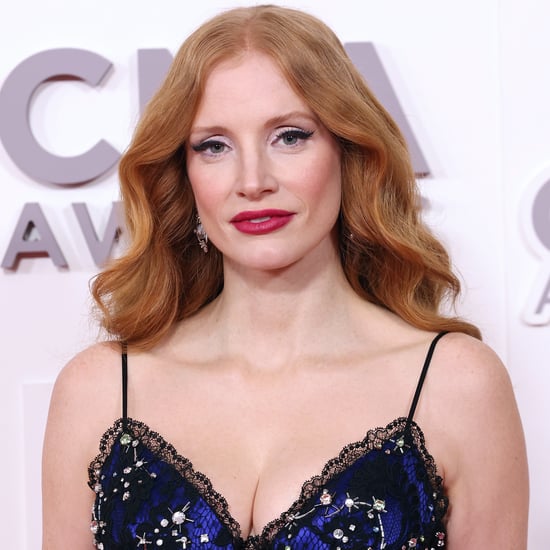 Bill Hader
This Little Black Accessory Is All We Can Talk About Post-Emmys: Bill Hader's Mask
by Melanie Whyte 9/13/22