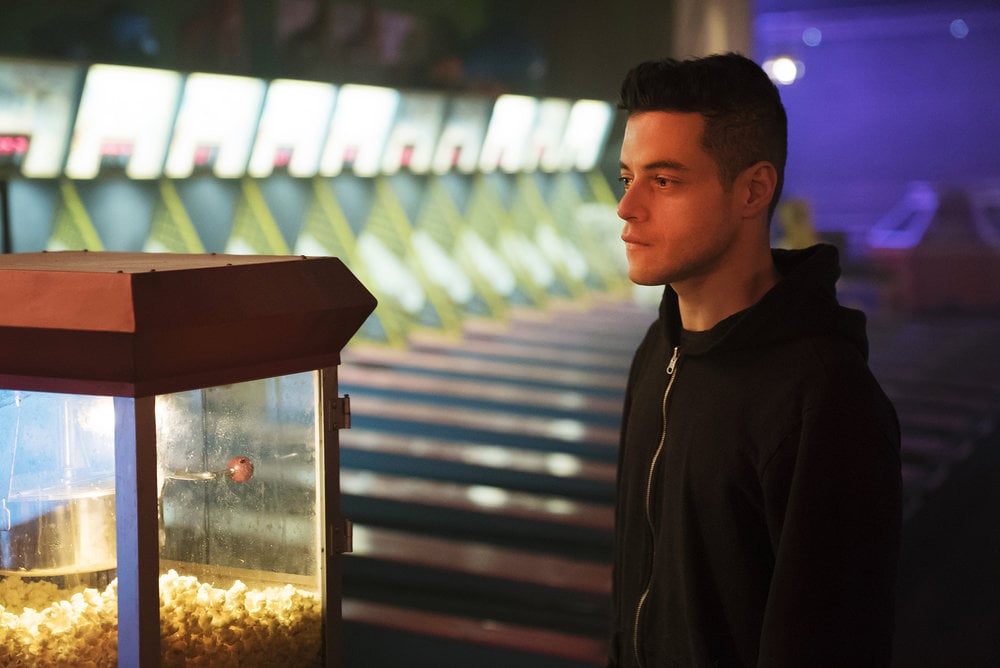 4 Major Questions We Have After Watching the Mr. Robot Premiere

A select few Mr. Robot fans got a sneak peek at the first half of the series' season two premiere Sunday when the episode was "leaked" by USA on social media, and the full double-episode finally premiered on Wednesday night. It plunged us right into the aftermath (well, one month later, anyway) of fsociety's hack and raised some major questions about what's to come. Read on to find out more about the quandaries the premiere has us mulling over, but you've been warned: spoilers are most definitely ahead.