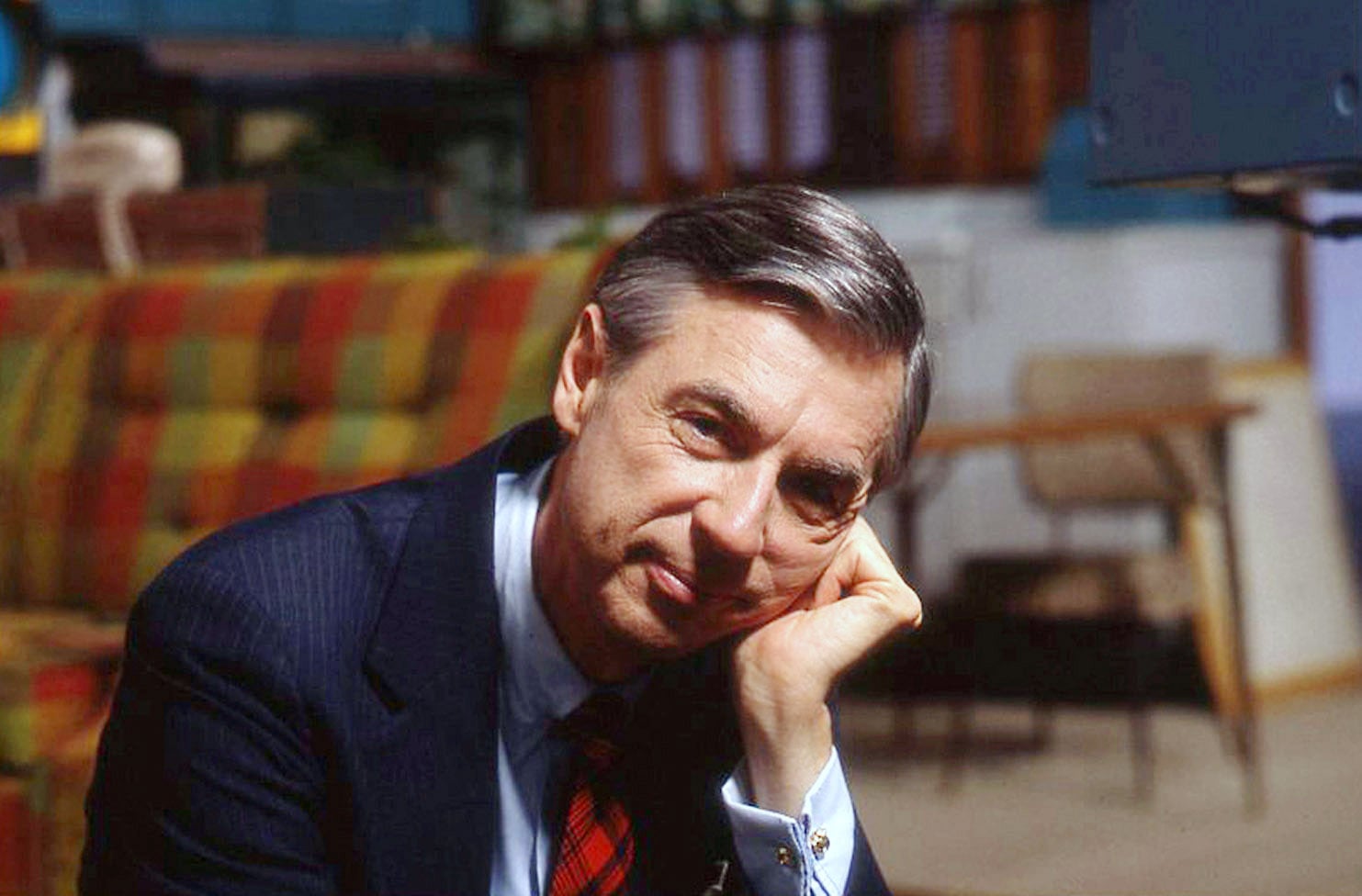 As TV icons go, Fred Rogers is as close to the definition of moral purity as we're ever going to get. The man dedicated much of his life to validating and nurturing the emotional lives of young children via his landmark TV show, Mister Rogers' Neighborhood. Years after his death, Hollywood is paying homage to his positive impact with not only a tearjerking documentary but also a sweet biopic starring America's other dad, Tom Hanks. Despite his gentle and peaceful demeanor, there's a rumor circulating around the Internet that Mr. Rogers was a Marine or Navy sniper with a significant death count. While this might be the stuff of melodrama TV, it couldn't be further from the truth.

Largely circulated through an email hoax, one of the most popular claims is that Rogers was an ex-Navy Seal sniper with over 25 confirmed kills during the Vietnam War. People also believed that he was a Marine sharpshooter whose kindly public image covered up a violent past. Many also speculated that behind his signature red cardigan were lots of tattoos indicating his kills. None of these rumors were true, of course.

Francois Clemmons, who played the neighborhood police officer on Mister Rogers' Neighborhood, shared his thoughts about Rogers in 2018's Won't You Be My Neighbor? documentary. "People have an idea of what they want him to be, so they create a legend," Clemmons said.

Rogers was too old to be drafted and had been too busy in his career to enlist. More importantly, he opposed war on moral grounds and was committed to pacifism. After all, Rogers was an ordained Presbyterian minister with a strong belief in love, peace, and tolerance. He both penned thinly veiled stories on his series criticizing American wars and spoke explicitly about his beliefs.

Rogers had been espousing antiwar sentiment since the Vietnam War. In the first week of Mister Rogers' Neighborhood, the show aired an episode where Lady Aberlin and Daniel Striped Tiger use messages of peace to protest King Friday's plans to enter the Neighborhood of Make-Believe into war. Years later, in 1983 during the nuclear arms race, there was a week of episodes where Lady Aberlin and Lady Elaine resisted King Friday's scheme to win an arms race against the adjacent neighborhood of Southwood.

Rogers's dissenting feelings were most transparent during the Persian Gulf War. He wrote to Senator John Heinz, who had introduced a bill that would exempt one parent of military couples or single parents from serving in combat. Rogers asserted his beliefs about war while commending the senator for pushing a piece of legislation that would, at the end of the day, protect the welfare of children.

"Even though I believe that no parent or child should have to go to war, I strongly applaud your efforts to insure that at least one parent is available to young children, especially in such a threatening time," he wrote. "We must not perpetuate abuse from one generation to the next — and separation from a young child's security (their loved ones) is a gross form of abuse."

In 2002, a year before his death from stomach cancer, the TV personality received the Presidential Medal of Freedom from President George W. Bush. But this honor recognized his work on his PBS series, not for military services.

Netflix
Netflix's "Hello, Goodbye, and Everything in Between" Has a Dreamy Soundtrack to Match
by Monica Sisavat 16 hours ago