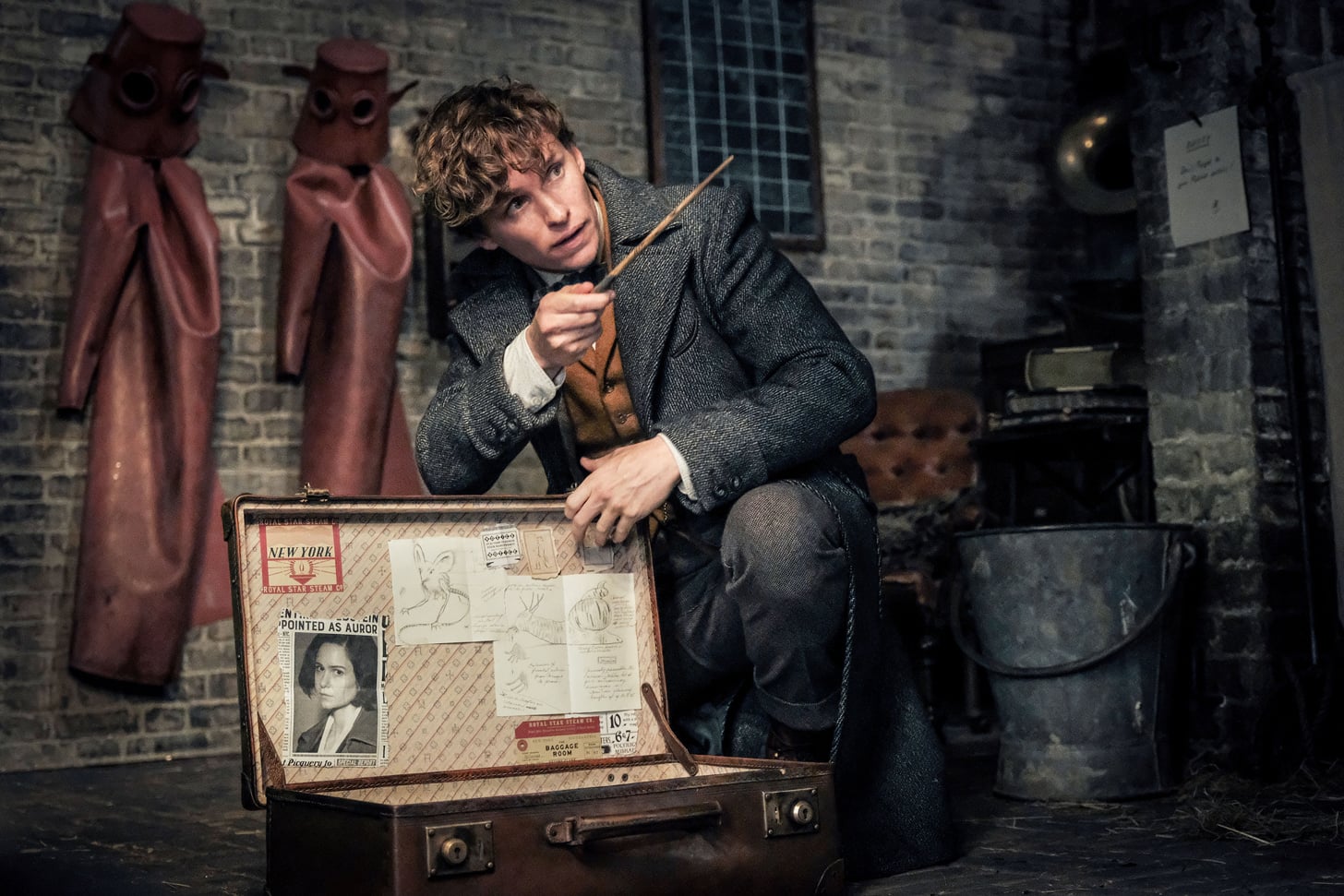 Played by Eddie Redmayne, Newt Scamander is a lead character in J.K. Rowling's wizarding world and is the wizard at the center of Fantastic Beasts and Where to Find Them. Though the film takes place several decades before the events in the Harry Potter series, Newt's story still references Harry's world heavily — but did you know that the character of Newt made an appearance in one of the original films, 12 years before the Fantastic Beasts film series?

In 2004's Harry Potter and the Prisoner of Azkaban, Fred and George Weasley memorably give Harry the Marauder's Map. As they explain how to use the massively useful tool, which shows you where anyone in Hogwarts is at any given time, a strange name appears. Yep: Newt Scamander.

Y'know what I just LOVE?! That in Harry Potter and the Prisoner of Azkaban, when Harry opens the Marauder's Map for the first time, you can actually see Newt Scamander's name on the map. So in 1993, when he was 96 years old he was working in Hogwarts!! pic.twitter.com/viQhibhfQp

Obviously, it's just his name and not Redmayne himself, but the connection is now mind-blowing. What else is weird is that this bit of movie trivia was noticed by eagle-eyed fans years ago, before the Fantastic Beasts franchise was even in development (Warner Bros. announced plans for the films in 2013).

Of course, Scamander was already a character in the Harry Potter book series as the author of the Hogwarts textbook of the same name as the film, but was Rowling planting the seed for him to play a larger role in the universe, even then? And considering how much earlier Newt's story takes place, he'd be pretty elderly as he's hanging out at Hogwarts (probably 96, as this Twitter user points out). But hey, Dumbledore was working at the school until his untimely death at 150, so it's possible. Clearly, Newt's story played a larger roll than we had ever expected.

Related:
Shh! 17 Things You Didn't Know About the Wizarding World of Harry Potter, From a Former Employee
Image Source: Everett Collection
Harry PotterBooksMoviesFantastic Beasts And Where To Find Them