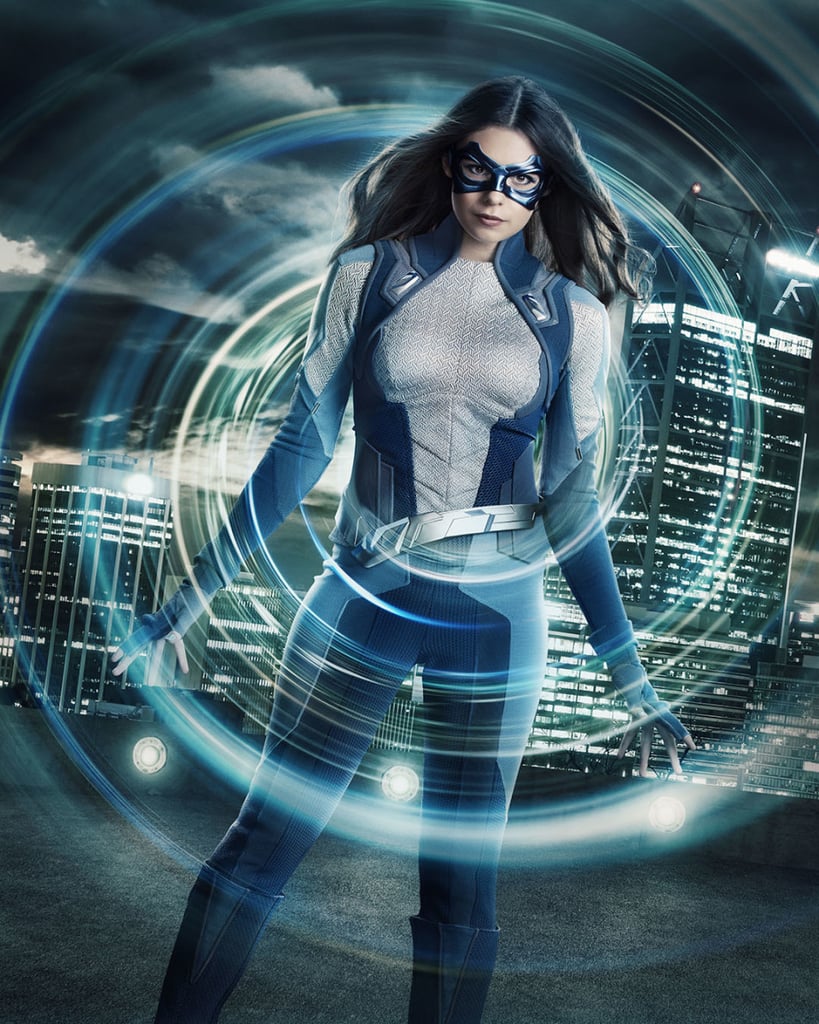 We're finally getting to see Nicole Maines's Dreamer in action, and we could not be more excited.

Maines, the 21-year-old activist and actress behind TV's first-ever transgender superhero, made her debut on The CW's Supergirl in its fourth season. The actress plays Nia Nal, a CatCo reporter and friend of Kara Danvers, aka Supergirl, who struggles with some psychic abilities. Nia's journey to her costumed destiny has been full of mystery and random episodes of narcolepsy that she's slowly come to realize are actually prophetic dreams. The former speechwriter has spent most of her time attempting to figure out what these dreams mean — which eventually leads her back to her hometown with Kara in search of some answers.

Supergirl's Jan. 27 episode "Blood Memory" gives us a deep-dive into Nia's backstory and our first look at her all decked out in full costume as Dreamer. But we haven't gotten her in action just yet! That will come in the Feb. 17 episode, "Menagerie," where Dreamer finally joins the long list of costumed crusaders on The CW.

Nia's Dreamer is inspired by — and acknowledged as a distant relative of — the Legion of Super-Heroes' Nura Nal, who was also known as Dream Girl. In an interview with E! News, Maines revealed that she's been getting a lot of excitement about her role from fans online.

"[The response from] young trans folks who are seeing themselves as superheroes for the first time, that has been so heartwarming," the actress said. "I saw a trans man's tweet about his kids and how excited his kids were to have a trans superhero, someone who looks like their dad. It's really good, it makes me really happy. I have a hard time kind of finding the words for it because it's just good."

Maines's casting on the show was announced back in July 2018, where the actress revealed that she's received an influx of auditions lately "because a lot of different shows have been really eager to tell the story of transgender people," she said, adding, "It seems only fitting that we have a trans superhero for trans kids to look up to. I wish there was a trans superhero when I was little." Now, of course, Maines is the hero she needed when she was younger. Check out Maines as Nia (aka Dreamer) ahead, and get excited to see her in action on Feb. 17!