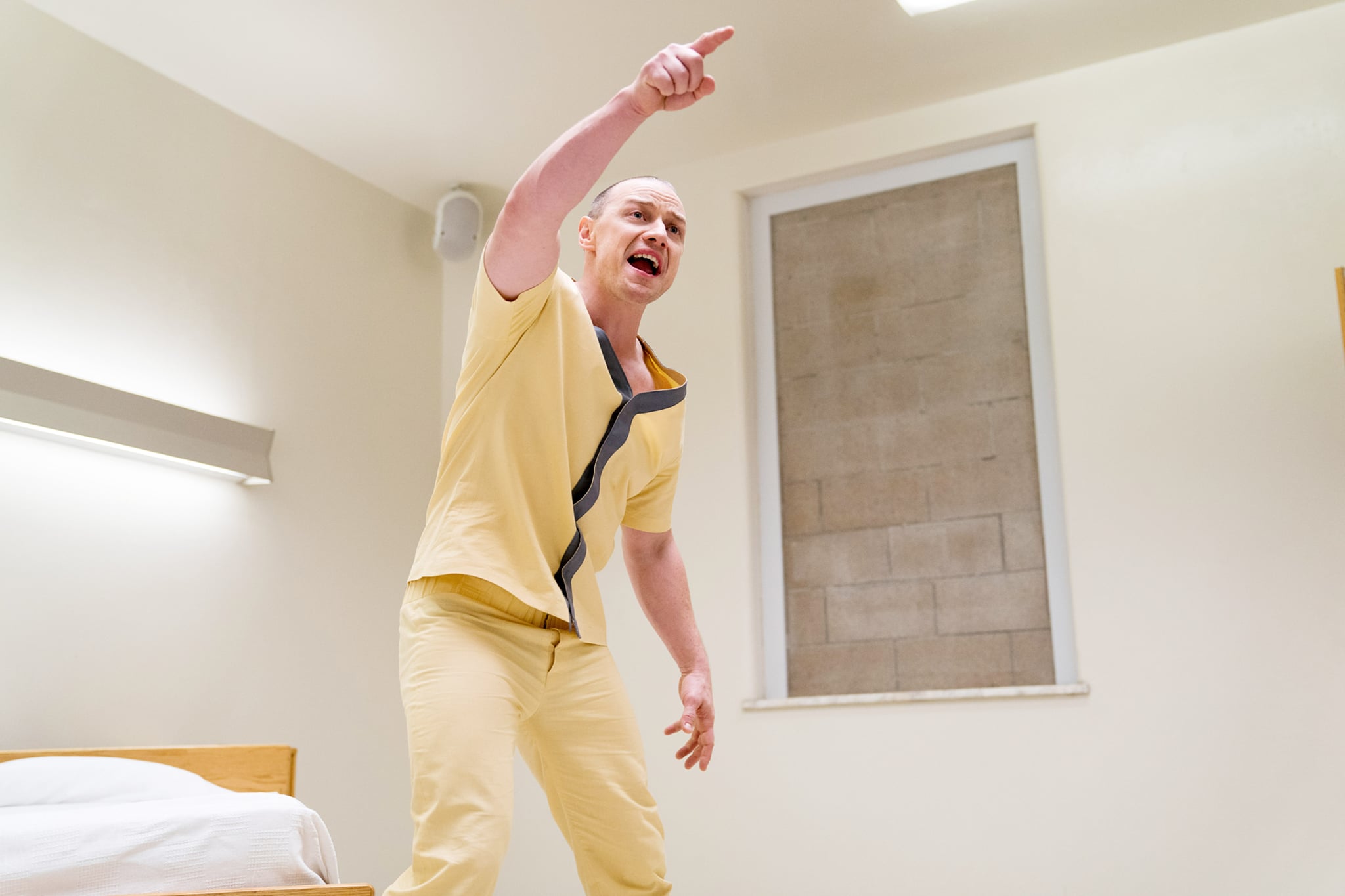 After 2015's The Visit, M. Night Shyamalan continued his goodwill in Hollywood with 2017's Split, an effective, if a little absurd horror film starring James McAvoy as a man with dissociative identity disorder struggling to keep all 23 (that's right, 23) of his wildly different personalities in check. The final minute of the film ends up revealing that — surprise! — Split takes place in the same universe as Shyamalan's bleak foray into the everyday-man-turns-superhero genre, 2000's Unbreakable. That's what made us so excited for this year's Glass, which connects the characters and events in Split and Unbreakable for a twisted showdown.

Given how fond Shyamalan is of adding surprising cameos to his films, as well as plotting out mind-boggling storylines for his characters to navigate, we were sure that Glass would include either a midcredits or postcredits scene to keep fans of the series hungry for more. Alas, there is no extra footage for you to be on the lookout for after the movie wraps up. I repeat: there is no postcredits scene in Glass!

Related:
That Insane Twist in Split Might Mean Way More Than You Think It Does

So, without a teasery stinger to close out the Glass credits, is the Eastrail 177 Trilogy — nicknamed that by Shyamalan himself — truly over? Without spoiling how Glass ends, it certainly seems so. Sure, a few plot points are left up in the air by the time the two-hour-long thriller concludes, but Shyamalan has maintained that the characters in this story would only ever last three movies. Although the director recently told Vulture that the universe he's created "could" continue, he also noted that he has no plans for another installment in the franchise.

"That's not interesting to me. There's no danger in that. Or not enough danger, let's say that," he said of creating an entire cinematic universe based on Glass, Split, and Unbreakable. "We're not doing that though . . . I have the sequel rights to most of my movies, essentially for the reason to not do them."

So, in the end, Shyamalan's choice to opt out of including a postcredits scene also works as an answer to fans wondering if he'll make more films in this series — when the credits start to roll, that's it, folks.