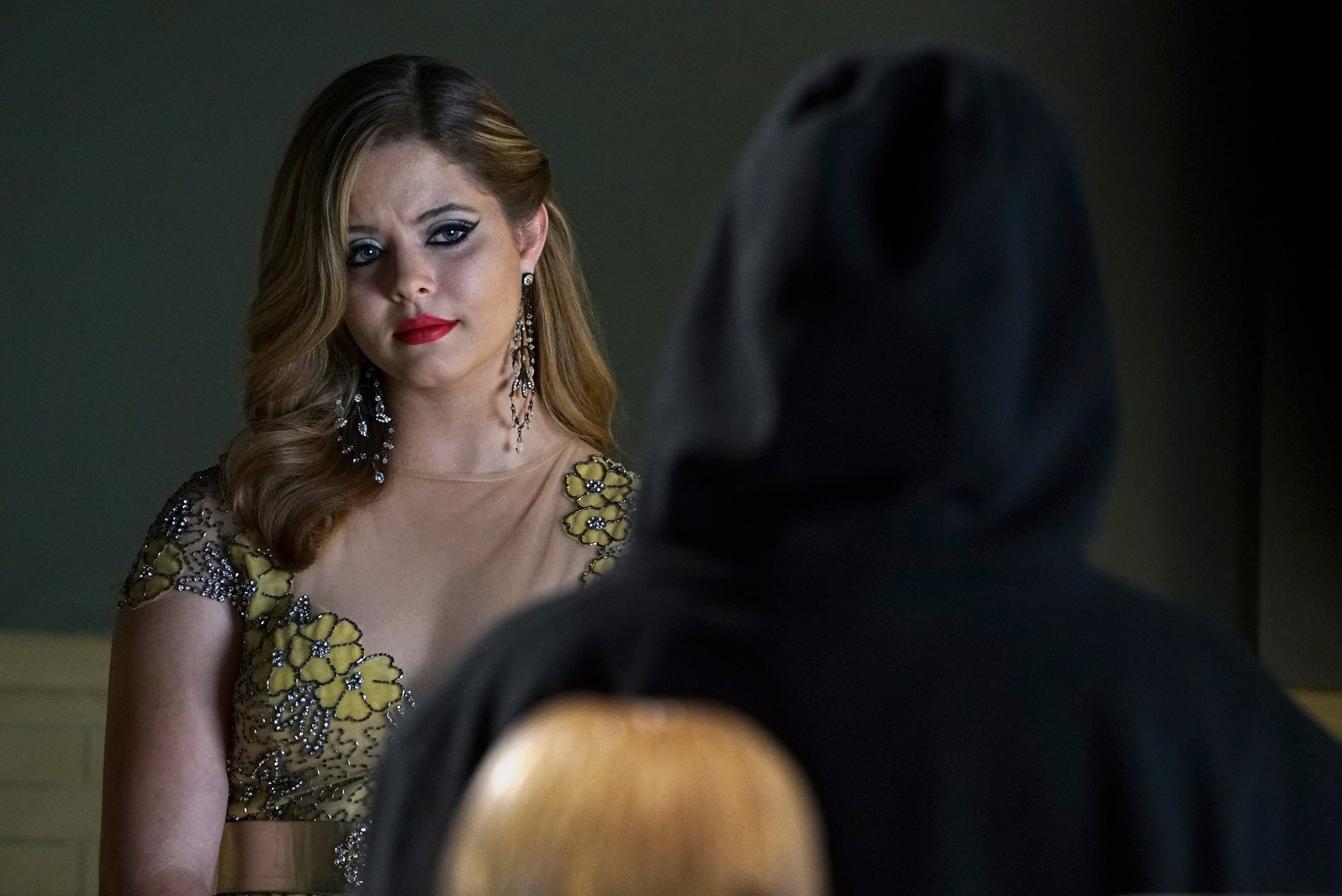 If you're still bummed about the end of Pretty Little Liars, we have news. Freeform has announced a new 10-episode spinoff series called Pretty Little Liars: The Perfectionists. Even though the story with Spencer, Hanna, Aria, and Emily has come to an end, we're veering off into a radical new direction with two very familiar faces: that's right, Sasha Pieterse and Janel Parrish are reprising their respective roles of Alison DiLaurentis and Mona Vanderwaal. While we won't be returning to the town where it all started (and we're likely not going to see any of the other stars), we're venturing into new territory with new characters . . . and a fresh murder.

The show is another book-to-TV adaptation from the same author who wrote the PLL book series: Sara Shepard. In a press release, Freeform outlined the concept of the show: "Everything about the town of Beacon Heights seems perfect, from their top-tier college to their overachieving residents. But nothing in Beacon Heights is as it appears to be. The stress of needing to be perfect leads to the town's first murder. Behind every Perfectionist is a secret, a lie and a needed alibi." Damn, sounds like all that death on PLL is definitely going to be a component going forward.

"The stress of needing to be perfect leads to the town's first murder. Behind every Perfectionist is a secret, a lie and a needed alibi."

What's interesting is, the source material actually doesn't contain Alison and Mona. In the Perfectionists book, the main characters are named Ava, Caitlin, Mackenzie, Julie, and Parker. So in adapting it to screen, creator I. Marlene King is essentially mashing it together with the Pretty Little Liars universe she's already brought to life. But does that mean Ali and Mona are replacing two of these characters? Or will they join the club and turn the whole squad into a rollicking group of seven?

Related:
Wondering How Pretty Little Liars Connects to The Perfectionists? Let's Break It Down

It was also initially unclear whether The Perfectionists would be taking place after the events of Pretty Little Liars, but King recently sat down with ET and revealed that there will be a time jump at the beginning of this show. "From the time that ended PLL, which was a year ago, to the time this show will premiere, it's sort of real-time."

Looks like we'll just have to wait and see for ourselves to find out what the real deal is. Stay tuned as more details come to light.

by Maggie Ryan 58 minutes ago