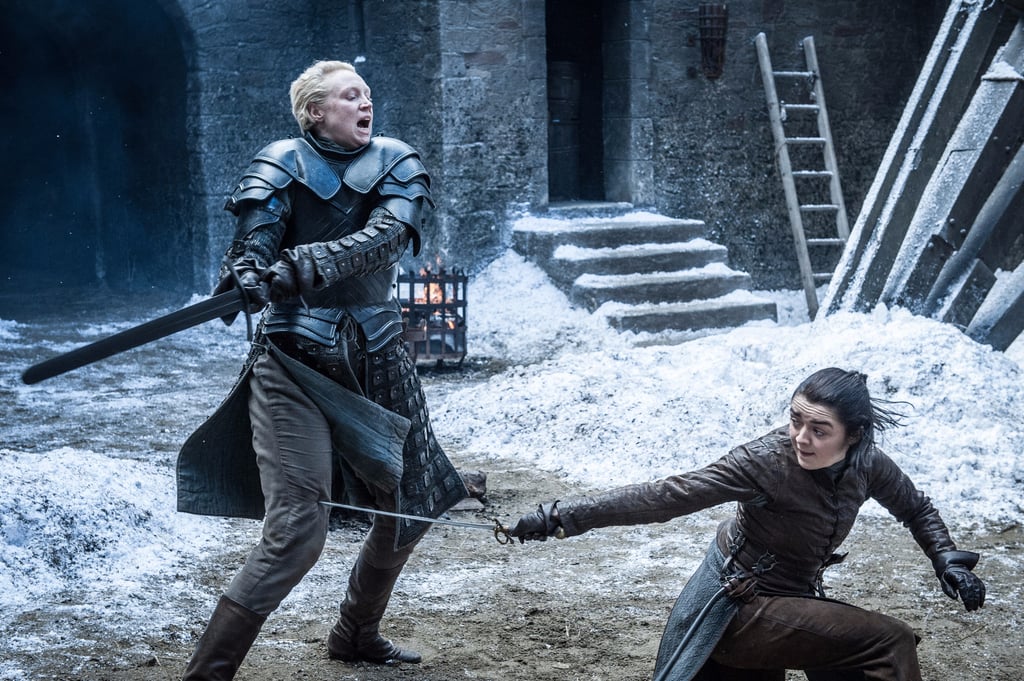 For a show as bloody, brutal, and generally distressing as Game of Thrones, we can at least be thankful for this: there are a lot of incredible reunions this season. Between the Stark siblings all reuniting (even if Bran is weird as hell nowadays) and now Arya Stark and Brienne of Tarth meeting again, the series has given fans plenty of emotions to feel.

Naturally, one of the main responses to Brienne and Arya's immediate bond is: "Hell yes!" Basically everybody who watched the seventh season's fourth episode couldn't help but smile when the two badass ladies decided to spar in the Winterfell courtyard, and we predict nothing but fast friendship for the two sword-wielding women.

Related:
The Only Thing More Insane Than That Game of Thrones Battle Was the Fan Response

The internet wasted no time in responding to this new mentorship between Brienne and Arya, and we can't wait to see exactly how it all unfolds in the remaining three episodes of this season. Check out some of the most accurate responses, then get pumped for next week's episode — it looks wild!