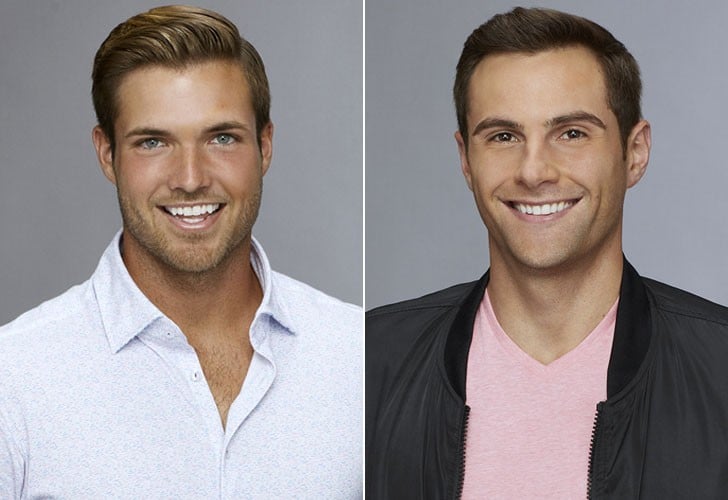 The Bachelorette: Twitter Is Freaking Out Over Becca's Disaster Date With David and Jordan

I don't want to exaggerate, but I think I'll be cringing for all eternity after watching Monday night's episode of The Bachelorette. Not only did we, Bachelor Nation, have to collectively endure yet another songwriting date (this time involving the musical stylings of Wayne Newton), but we also had to make it through Becca's disaster of a two-on-one with chicken suit David and Jordan.

The bitter enemies accompanied Becca on a date aptly located in Nevada's Valley of Fire, where they spent all their time complaining about each other. From David's assertions that Jordan is "settling" for Becca while eyeing Vegas models on the sly to Jordan's repeated mantra that "being me is my greatest power," Becca basically ended up acting as a mediator between the two tantrum-throwing toddlers posing as grown men.

Needless to say, both David and Jordan ended up eliminated. But before Becca bid them both adieu for good, Twitter was full of hilarious observations about their meltdown.

TV
Who Is the Sun on The Masked Singer? We Have Some Bright Ideas
by Kelsie Gibson 23 hours ago