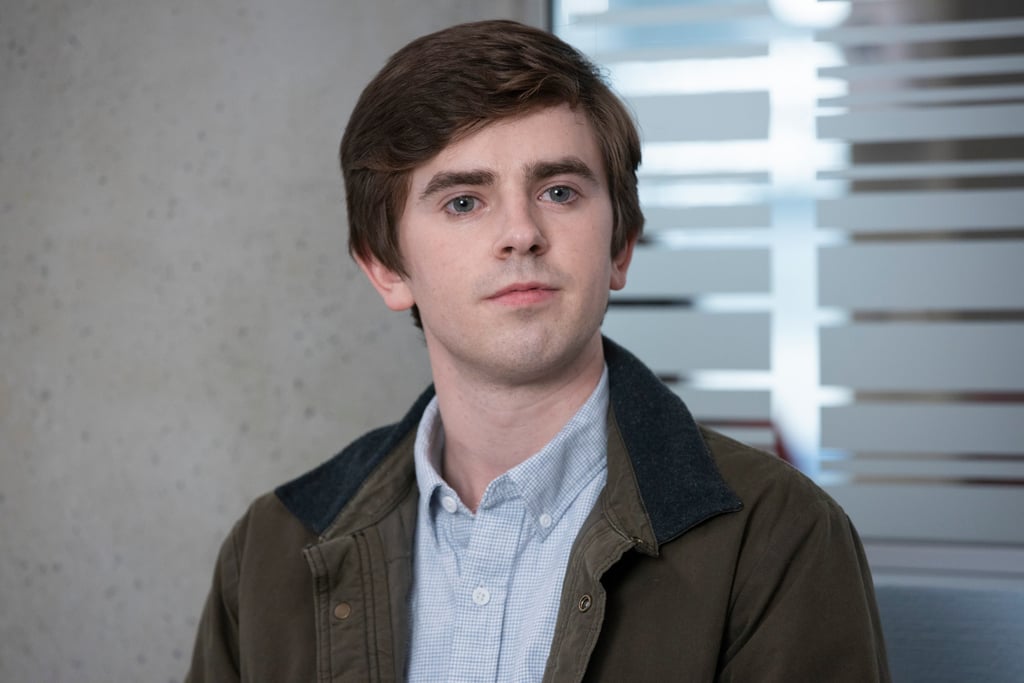 The Good Doctor usually makes us sob uncontrollably over its heartbreaking storylines, but the season two finale included quite a few happy tears. The episode picks up right where we left off with Shaun (Freddie Highmore) losing his job at San Jose St. Bonaventure Hospital. After getting fired, he decides to skip out on a job interview and go to a bar. In the process, he unintentionally instigates a fight before his attacker mysteriously falls ill and passes out.

Though Shaun is able to get the man to the hospital, his own injuries cause him to lose consciousness right when he figures out what's wrong with the patient. Unable to ask Shaun for help, Claire (Antonia Thomas) tries to see the situation through his perspective and is able to help save the patient. As a result, Dr. Marcus Andrews (Hill Harper) pushes Dr. Jackson Han (Daniel Dae Kim) to rehire Shaun as a surgical resident, making the case that he is not only an excellent doctor, but a valuable member of the team. When Han still refuses to reinstate Shaun, Andrews flips the script and decides to let Han go instead. Not only is it a huge moment for Shaun as he gets his old job back, but is also shows how far Andrews has come over the past two seasons. Though he was initially against hiring Shaun because he has autism, he is now seeing him as an equal.

Of course, that wasn't the only happy moment for Shaun. After getting some dating advice from Claire earlier in the episode, Shaun puts his best foot forward with candy and flowers. While it appears like Shaun is going to ask Lea (Paige Spara) on the date, he ends up asking out his former pathology co-worker Dr. Carly Lever instead. After she agrees to have dinner with him, the episode ends with a happy Shaun leaving her house (with the flowers and candy) and jumping for joy on the sidewalk.

Hopefully this bodes for a lighter season three and even more milestones for Shaun in his professional and personal life. Until then, see how people are reacting to the heartwarming finale ahead.

Related:
Before He Was a Good Doctor, Freddie Highmore Played This Iconic Serial Killer
Previous Next Start Slideshow
The Good DoctorTVTwitter Reactions