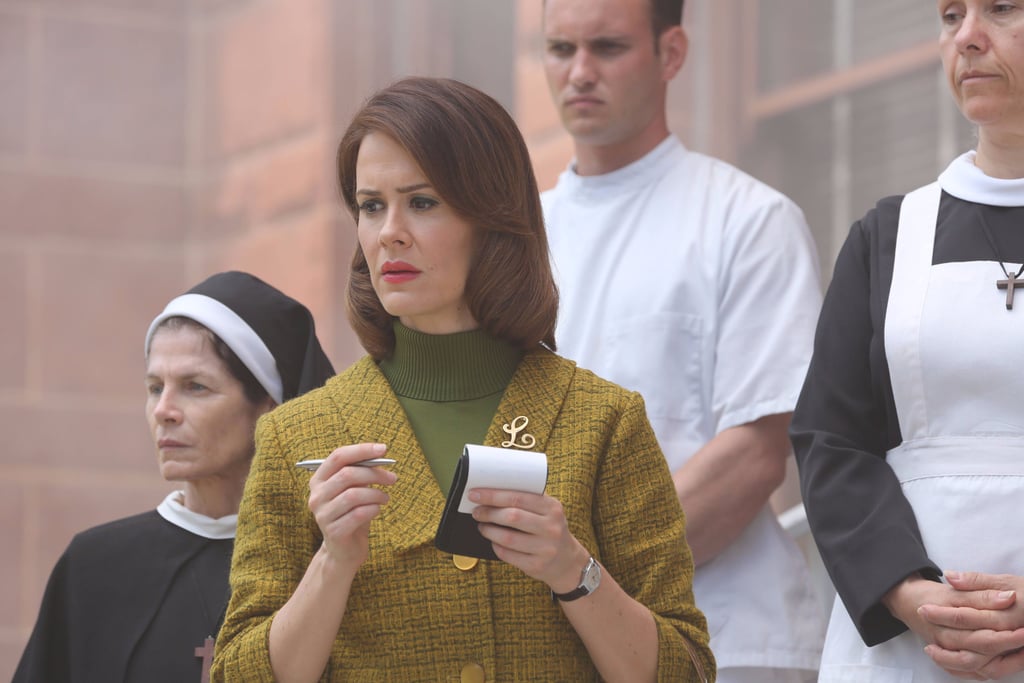 The exciting finale of American Horror Story: Cult was a true Ryan Murphy classic: prison gangs! Sex! Murder! A disgusting face mutilation scene! The episode had it all, including references to previous seasons.

With Ally free from the cult and Kai put away in a maximum security prison, she becomes a hometown hero. While celebrating her son Ozzy's birthday, her new girlfriend, Erika, receives a phone call presumably from Rachel Maddow, wondering if Ally is open to doing an interview about her experience. Erika declines the interview, and Beverly comments, "If she turned down Lana Winters, why would she talk to Rachel f*cking Maddow?"

Ding, ding, ding! If you thought that name sounded familiar, you're not alone. Lana Winters, a journalist, has now appeared in three seasons of American Horror Story: Asylum, Roanoke, and now Cult. Though the name-drop is fleeting, fans instantly went absolutely wild online, tweeting jokes on jokes about the possibility of Lana, played by Sarah Paulson, interviewing Ally . . . also played by Paulson. Read their reactions ahead.