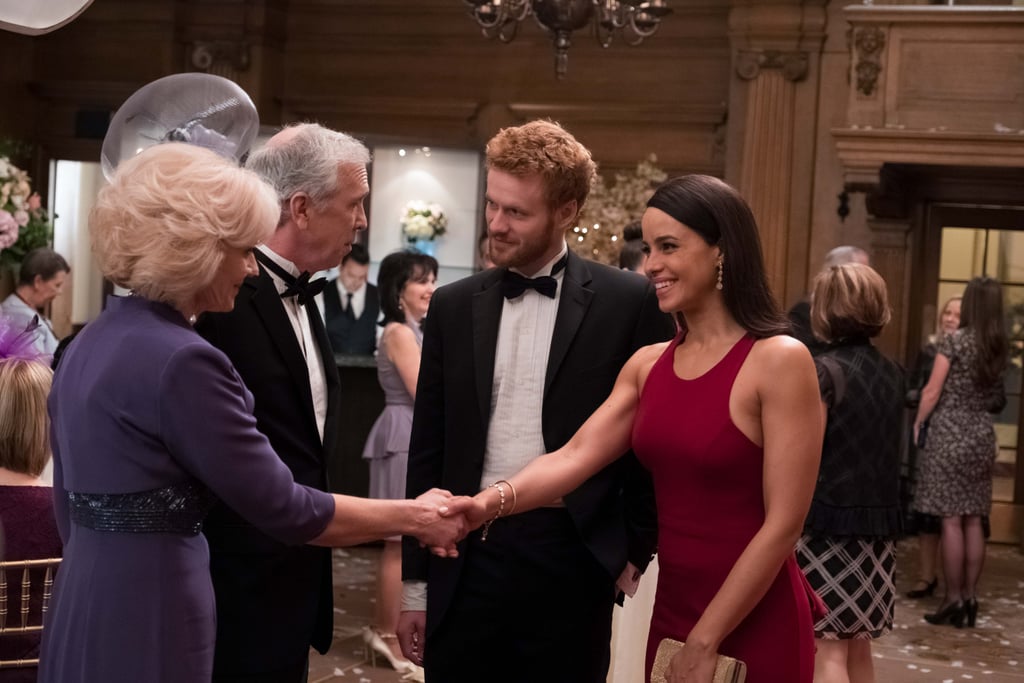 At long last, Lifetime blessed us all with Harry & Meghan: A Royal Romance, the Prince Harry and Meghan Markle movie none of us needed but desperately wanted. The film, which premiered on Sunday, clocks in at two and a half hours, which means there's plenty of time to include the most important aspects of the pair's lives: a run-in with a lion that may or may not harbor the spirit of the late Princess Diana, an ill-fated Halloween party, some cheap shots at Prince William's hair (or lack thereof), and a picture-perfect re-creation of the real-life couple's stunning engagement photos.

A Royal Romance could not have cast a better Harry and Meghan, played by Murray Fraser and Parisa Fitz-Henley (especially Fitz-Henley, who will have you doing double takes for all 120 minutes), while the same can't exactly be said of the rest of the actors on board (*cough* Prince William *cough*). Still, the fictional version of their love story will make you laugh, tear up, potentially fall asleep (it's two and a half hours), and get even more excited for the big royal wedding than you thought possible.

Since we still have a few days to go until that happens, see what Twitter thought of Lifetime's latest ahead.

Related:
How Meghan Markle and Prince Harry Look Next to the Actors Who Play Them
Previous Next Start Slideshow
Meghan MarkleThe RoyalsLifetimePrince HarryMoviesTwitterThe British Royals

The Royals
Prince Harry Stepped Out With an “Archie’s Papa” Briefcase, and the Cuteness Overfloweth
by Victoria Messina 3 days ago