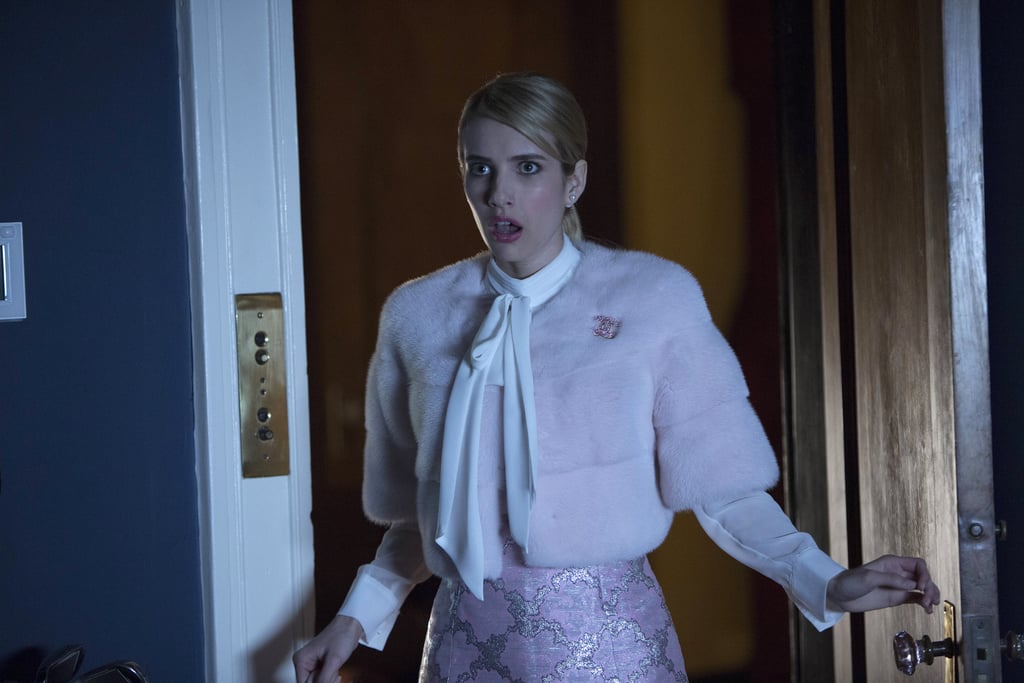 Scream Queens has been highly anticipated for months, with a particularly long marketing campaign, which kicked off last October – before anything had even been filmed. And with so many stars in the ensemble, it's hard not to have high expectations for the show. (OG scream queen Jamie Lee Curtis is in it — so the bar is high!)

I had a chance to preview the two-hour series premiere ahead of its debut this week, and there's a lot to love about the dark comedy. This is your warning: if you haven't seen this episode, there are spoilers ahead, so stop reading! Instead, check out the reasons you'll love the campy horror series, get reacquainted with the cast, and check out these photos from the premiere.