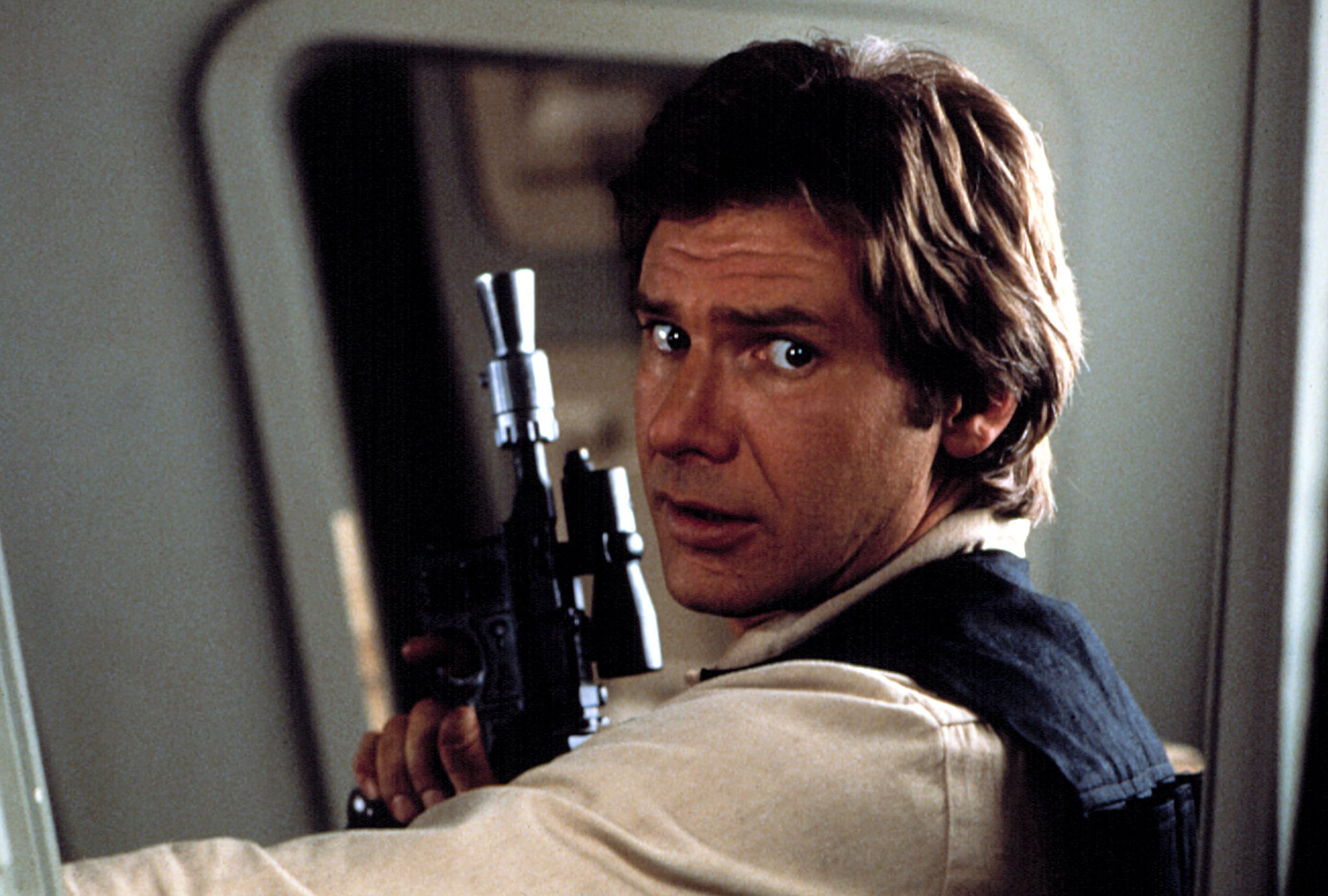 Warning: light spoilers for Star Wars: The Last Jedi below!

Although many Star Wars fans are still feeling betrayed and hurt over the death of Han Solo at the hands of his own son, Kylo Ren, in The Force Awakens, satisfying nods to the franchise legend made it into The Last Jedi. In two emotional scenes, we see Luke — and later Leia — with a set of gold dice that hung in the cockpit of Solo's Millennium Falcon. It's a subtle reference (the dice only appear in A New Hope very briefly), but because Luke pulls them from the Falcon, it's an obvious tribute to his fallen friend and brother-in-law. Slightly less subtle, though, are the two mentions of "Rebel scum" — a callback to Return of the Jedi.

During the Battle of Endor in Episode VI, Han and Leia are confronted by Imperial Officer Renz, who utters his now semifamous line, "You rebel scum," to Han.

Related:
The Heartbreaking Significance of Those Gold Dice in Star Wars: The Last Jedi

Fast forward to the The Last Jedi, in which two references of the quote are made. First, General Hux, embarrassed in front of his crew during a phone call with Poe Dameron, calls the captain "Rebel scum." Later, during the showdown between Captain Phasma and Finn, Phasma tells him, "You were always scum," to which Finn retorts: "Rebel scum!"

Although Han Solo acts faux-offended at the name-calling in Return of the Jedi (he puts his hands on his hips in front of Officer Renz as he responds, "Scum?!"), it seems as though being Rebel scum like Han is now a point of pride among the Resistance.