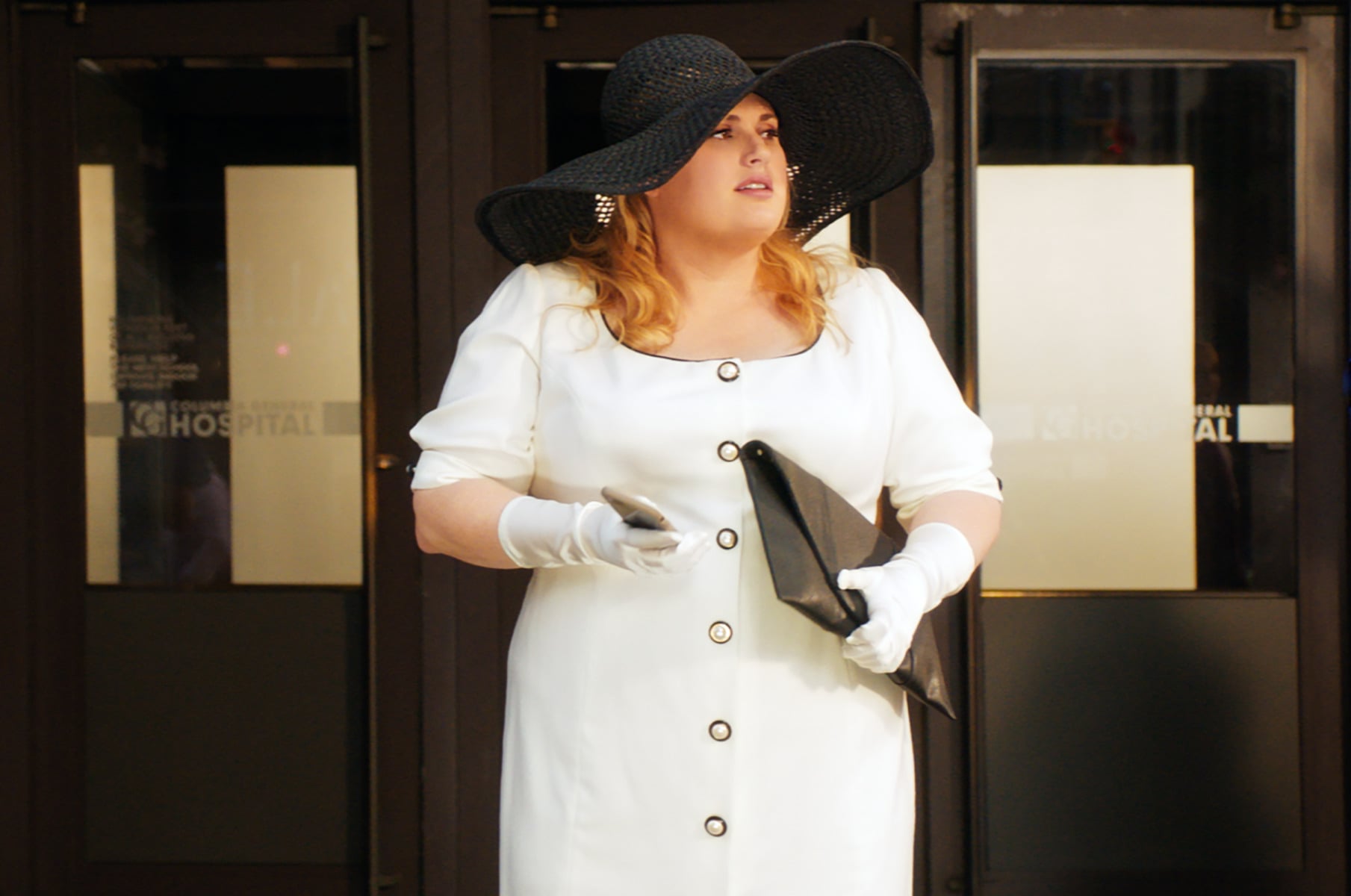 Romantic comedies aren't dead. While there has certainly been a drought of classics like You've Got Mail and Pretty Woman since the '90s and early 2000s, within the past year, films like Crazy Rich Asians, To All the Boys I've Loved Before, and all of Netflix's cheesy holiday films have breathed new life into rom-coms. And now, Isn't It Romantic is putting its own spin on the beloved genre.

The film centers on Natalie (Rebel Wilson), a pessimist about love, who finds herself living out her worst nightmare: she's trapped in her very own romantic comedy. Though the film — which also stars Liam Hemsworth, Adam DeVine, and Priyanka Chopra — pokes fun at the classic rom-com tropes (like the main character having a luxurious NYC apartment that she can't afford or people doing fully choreographed musical numbers at random moments), diehard rom-com fans will still fall in love with the movie.

Ahead of the film's release on Feb. 13, I had a chance to talk with Wilson, the film's leading lady and coproducer, and she gushed about reuniting with her Pitch Perfect costar and "work husband" DeVine, having the hunky Hemsworth as her love interest, and the original ending she wanted for her character, Natalie.

POPSUGAR: One thing I really loved about the film is that even though it pays tribute to rom-coms, it also points out the clichés within the genre. What would you say is your least favorite rom-com cliché?

Rebel Wilson: Oh, there are so many. When I was younger, I would think it's so stupid because the girl would always be so hot and in full hair and makeup all the time. The guy doesn't see her beauty until she gets all done up for the big date. And I'm like, "She was beautiful in the first date." Just because she's wearing a gown now for this event, it doesn't mean — she was beautiful before that. So I used to hate that when the guy's like, "Ah. Now, she's beautiful." But the woman was Julia Roberts, so of course she's beautiful the whole way through the movie. So I deliberately try to look pretty bad in the first act of [Isn't It Romantic]. No, I wouldn't say bad. I shouldn't. But more like really real. That's how my hair really does look without styling. That's just how I wake up.

PS: The ending of the film also had a great twist on the rom-genre with Natalie's discovery of self-love.

RW: Yeah, we had a lot of debate about that, because we are, in a way, we're a rom-com, but we're also an anti-rom-com. Did we want to subvert the ending in the film? So, we had a lot of discussions. At one point, we got in some of the top rom-com writers from around America and we debated it. But at the end of the day, we decided on the ending we have, which I think it's a very feel-good ending. But originally, I had my character have a very sad ending.

PS: Oh, no. What did you want your character's ending to be originally?

RB: That she goes up to Josh, played by Adam DeVine, and asks him out and he rejects her.

RB: Yeah. But it's hard, and we want to try to keep the audience guessing towards the end. In the end, we settled on the crowd-favorite ending.

PS: There has been such a resurgence of the rom-com genre within the past few years. Why do you think rom-coms are so popular right now?

RW: I mean, I just adored Crazy Rich Asians. There was so much [I liked about] the movie. It looked great, it was so funny, and it just had really good heart. And I guess before that — I mean, I did have a movie called How to Be Single, which did pretty well too — but before that, people were saying rom-coms were dead. As a genre, it's tired. So lately I think it's because of the state of the world right now. If you look at America politically, and the climate, the kind of hyper-social-justice climate, it's really nice to see a really sweet, heartfelt movie that myself and the director, Todd [Strauss-Schulson], and my fellow producers really, really made this from our hearts. 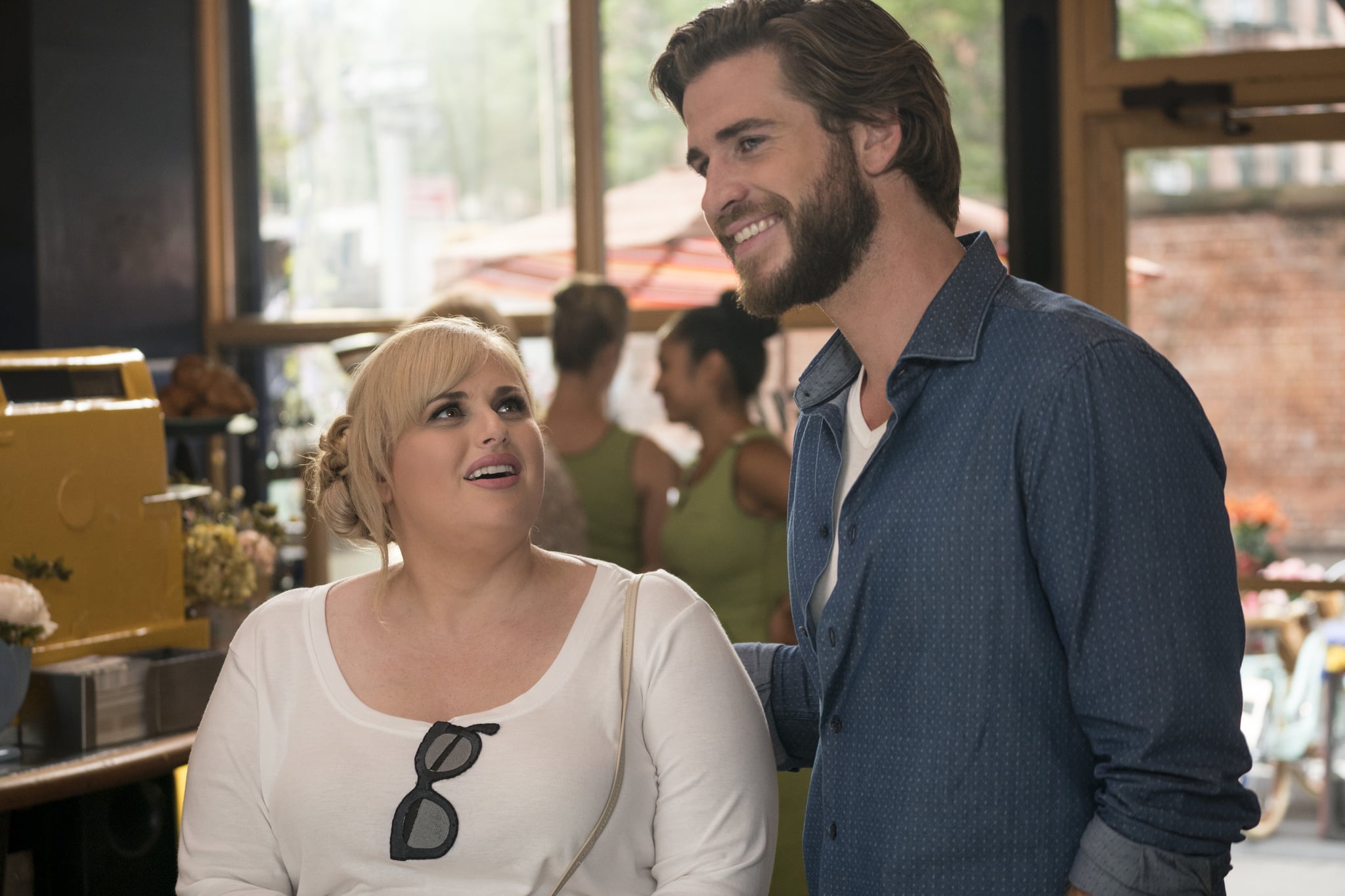 PS: Was there anything that surprised you about Liam when you first met him?

RW: Sometimes with superhot people, they're not as nice, you know? Because they haven't had to be in their life. That's a huge generalization of course, but I've met some models in my day that you're like, oh, yeah, they're not the nicest people. But Liam is just so genuinely caring and so nice and such a gentleman as well. And I joke about, "Oh my God, I get to make out with Liam," which I hope doesn't make him feel uncomfortable, but at the end of the day, we're two professionals. He's such a gentleman, and he'll be like, "Reb, is it all right if I do this?" And then I'll go, "OK. I'm going to lick your chest. Is that all right? [laughter]" It's all very professional and respectful. He's a lucky, lucky guy. He's very blessed in life, and he's just so nice to everyone around, and everyone just adores him.

PS: In the film, you reunited with your Pitch Perfect costar Adam DeVine. What was it like getting back together on the screen?

RW: Adam is just so delightful. He's kind of like my work husband [laughter]. And we're both creative. We both write and produce, and have done standup. We both improvise a lot on set, so our styles just always go so well together. I'm never nervous to do a scene with Adam because I just know our comedic styles go really, really well together. We joke that we're like the new Emma Stone and Ryan Gosling because we've just been doing [so many] movies together. He's just the most awesome guy. And it's been great to know him now for like eight years. I've really seen a change in him personally from when we first met [in the first] Pitch Perfect movie where he was a bit of a wild boy, you know. And then now, I think he's really settled down and is just such a — he was always such a lovely guy — but now I'm really proud of him and all the things he's achieved. 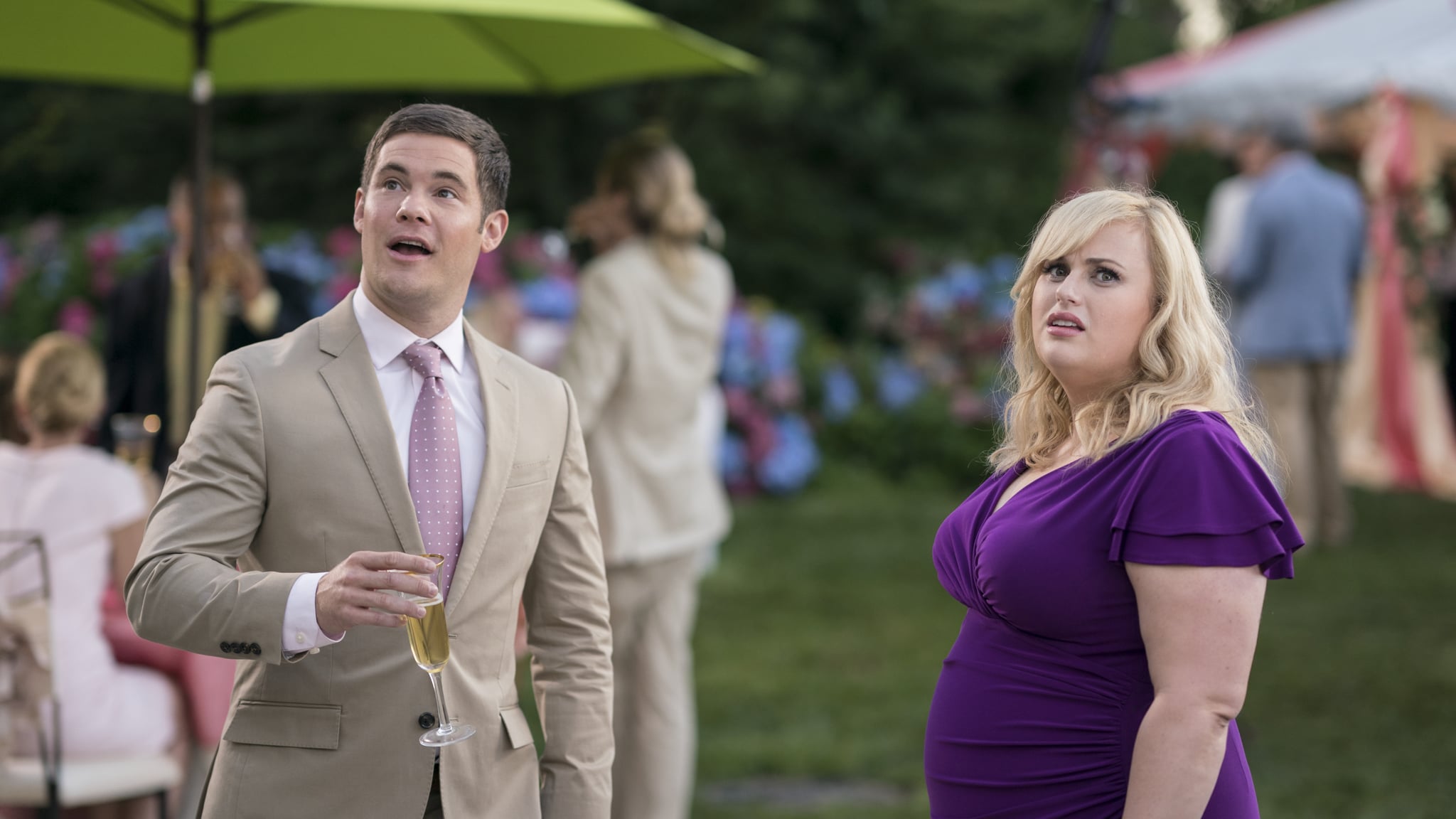 PS: Did the two of you do a lot of improvisation when you were filming this movie?

RW: We did. A lot of it was R-rated, so it gets cut out [laughter] because the movie is PG-13. Hopefully, you'll see it on a DVD version. But I think you can pick it up in the film because we're so natural, the way we talk to each other. We do the scene as written, but we always like to make things up too.

PS: With all the singing and dancing in the movie, did it make the two of you nostalgic about Pitch Perfect?

RW: Yeah. It's kind of like we just slid right back into it, and it was cool. It was totally like, "OK. Yep. OK. Singing and dancing again in a movie." It was really funny. Like Liam, in a way, had the hardest time with it because he wasn't as experienced, which was so cute to watch because he's just so adorable and he was so trying to do the moves right.

PS: What was it like filming that big musical number in the film?

RW: We were filming outside Grand Central Terminal, and it was so hot. For some reason every time we had to sing or dance or do anything physical in the movie, it was really hot in New York. We literally stopped traffic a number of times to come out onto the streets and dance. I felt really lucky, this being the first movie that I've produced, and to have a cast that was just so up for anything. We just generally enjoyed hanging out and singing and dancing. It was just so fun and joyous to film that. We're trying to bring joy and just lift everyone up on Valentine's Day.