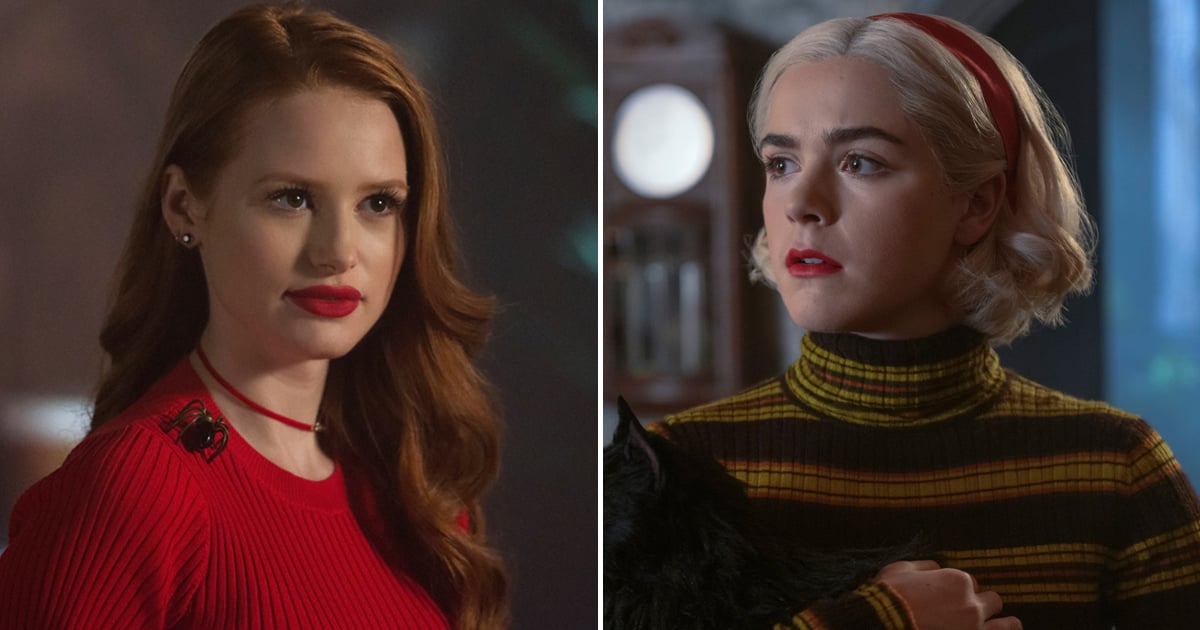 Things are about to get spooky, because a Riverdale and Chilling Adventures of Sabrina crossover is officially happening. Almost a year after the latter series concluded on Netflix in December 2020, Kiernan Shipka will be reprising her role as Sabrina Spellman on the upcoming sixth season of The CW's Riverdale. Riverdale writer Evan Kyle first teased the news during a Q&A on The Dipp on Wednesday night, and showrunner Roberto Aguirre-Sacasa then confirmed the news to Entertainment Weekly.

"We've been talking about having Sabrina visit Riverdale since season 1, so it's thrilling that this is finally happening, as part of our 'Rivervale' special event," Aguirre-Sacasa said in a statement to the publication. "It's also perfect that she shows up to help Cheryl Blossom during her hour of greatest need. Everyone on set lost their minds — I think fans will, too. It's really fun and special."

The special crossover event will occur on the fourth episode of Riverdale season six, which is titled "The Witching Hour(s)." According to EW, the episode shows Cheryl (Madelaine Petsch) performing a dangerous spell, "one that may mean the difference between life and death for a beloved member of the Blossom family." As a result, she'll get a little help from Sabrina visiting from Greendale.

A crossover between the Archie Comics shows has been in talks for years now but hadn't yet come to fruition due to the shows being on different networks. There's also the matter of each show having very different genres — Sabrina embraces darker supernatural elements, but Riverdale is typically just dark. It will certainly be interesting to see how the writers bring the two shows together, especially after the Chilling Adventures of Sabrina ending. Spoiler: Sabrina actually dies in the series finale. Perhaps the crossover will address whether the shows take place in different timelines. We guess we'll have to wait until Riverdale season six premieres on Nov. 16 to find out.