On The Blacklist, Elizabeth Keen (Megan Boone) recently found out that her husband, Tom (Ryan Eggold), is a spy who has been tracking her for an indeterminate amount of time. When we sat down with Eggold at the Tribeca Film Festival for his film Lucky Them, he revealed that things are only going to get worse from here. Leading up to the finale, characters will be pushed to their limits, with everyone having a "brush with death." Keep reading to find out if Tom has any true feelings for Liz, if he's really a villain, and just how much Tom knows about Red. 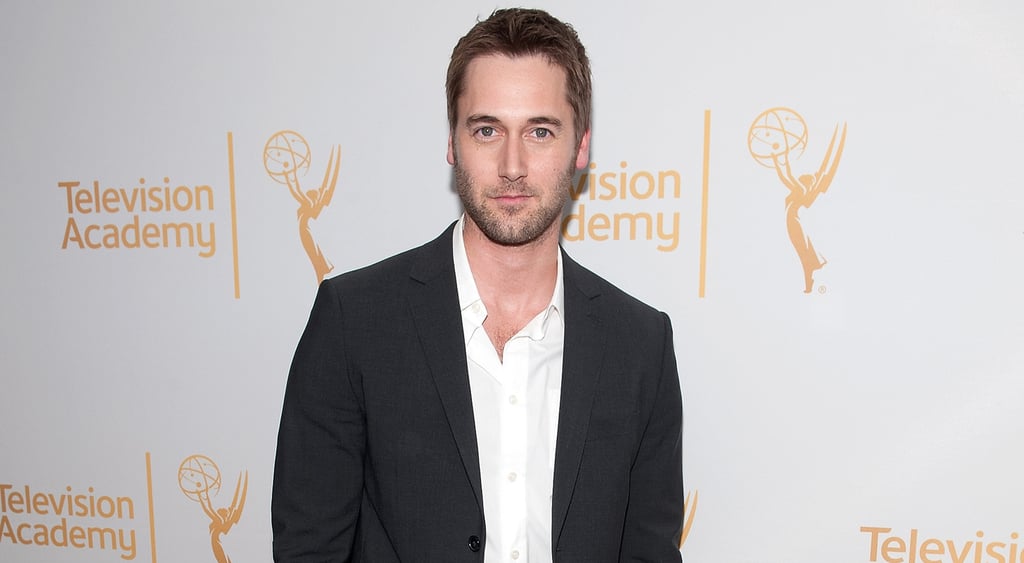 POPSUGAR: Did you always know that Tom was some sort of spy?

Ryan Eggold: I always knew that he was something other than what he appeared to be, but the exact definition of that was sort of taking shape throughout the whole season and still is.

PS: Are we going to get some backstory about how long he's been tracking Elizabeth?

RE: I just read the finale, and how do I say this? A lot of it's going to wait. I thought a lot of it was going to come at the end of this year, but a lot of it is going to be next year, in season two.

PS: So that means we're going to see you in season two?

RE: Gosh, I can't answer that one.

PS: Does Tom have any genuine love for Liz?

RE: I can't answer that, either. [Laughs] I can't answer anything about this guy because that's the whole show. But that's going to be a question we're going to focus on — does this guy have feelings for her ,or does he not? Is he playing her, or does he love her? We've revealed him as this agent now, but there's a lot more road to go. Now things start to get really complicated.

PS: How much confrontation are we going to see between Tom and Liz now that she knows about his spy life?

RE: All the cards are on the table. Everybody knows. And coming toward the end of the finale, it's going to become about who I work for, which is Berlin, and what or who or where that is.

PS: Are we going to find out who put the cameras in their house and has been spying on them?

RE: Unfortunately, we don't get into it. Again, it's all waiting until next year. We don't get supremely into it this year. I think it's going to have to do with Berlin.

PS: What can you hint about Berlin, this mysterious entity that Tom is working for?

PS: Though he's working for Berlin, is Tom really a villain? Red straddles this line of being good or bad — do you think Tom is on the spectrum there, or firmly planted on either side?

RE: Absolutely. No, no, no. I think there's a lot of similarity, especially what happens in the finale. What it's going to do to him in the next year. It's going to complicate his feelings even more, and, yeah, it's really cool.

PS: Is there anything else you can tease about the finale and what's to come?

RE: Everyone is going to be pushed further than they've been pushed this season. Every character has a brush with death in the finale; every single character.

PS: You haven't been caught in the crossfire yet.

RE: There's a moment in the finale between me, Liz, and Red. Alone. In a warehouse. And two people have guns. And that's my teaser! I may have just gotten fired by saying that.

PS: Tom has a really great cover. We've never seen him at work — is he really going into a school?

PS: Do you think he's killed a lot more people than the casualties we've seen on screen?

PS: Before his fake brother died, he mentioned something about a woman in Chicago named Nikki . . .

RE: A wife! I forgot about that, too. He said something about his wife, Nikki. That's going to have to do with Tom – that's not his real name, obviously — his real life.

PS: So he has a real second life in Chicago, potentially.

PS: Even before we had hints that Tom was this bad guy, we didn't know much about his courtship with Liz. Is that something we can expect to learn about this season?

RE: Yeah. Not this season. I'm telling you — I thought we were going to get more, but it's all next year.

PS: How much does Tom know about Red? We know his mission isn't to kill him.

RE: I did say that I could have put a bullet in his head, but I didn't, because that's not his [Tom's] mission. Tom knows a good deal about Red, yeah, that Liz doesn't or other folks. That's for sure.

PS: But we are going to find out the whole truth about how she's his daughter?

RE: The father thing is going to be very important, yes, who it is.

PS: And you're not his son, right?

PS: As a viewer of the show, what has shocked you the most?

RE: I've been surprised many, many times with the scripts. I've been surprised at some of the things they've written for me, for Tom. When I read the first fight sequence stuff when he was killing Jolene and the cowboy, I freaked out. It was amazing. When there's that one episode where [James] Spader goes around with the silenced pistol, just taking fools out, I loved that. That was surprising.

PS: Did you have any inspiration from other manipulative, villainous characters for him?

RE: Oh god, yes, so many. I won't name them, because you'll just see me stealing moves left and right. But there are a couple villains. Here's the thing: the original incarnation of the character was actually much darker than what we did. It was much more violent and evil, like horrendous. But that character has been scrapped, and there's something else happening. I think that version of the character — well, I guess I can't say all that stuff — but they scrapped that. So that's where I was really drawing inspiration from certain performances and certain people. This now is a whole new ballgame, and I'm just sort of trying to figure it out. Now he's becoming a super badass agent guy, so I'm looking at Matt Damon or Jeremy Renner in the Bourne stuff or Daniel Craig in James Bond and those sorts of things, and that kind of vibe.

PS: Lastly, you are a part of such an incredible drama. With all of the other great TV on, though, what show would you love to moonlight on?

PS: And who would be your partner?

RE: Me and R. Gos, just straight keeping it real, playing brothers. Just cruising down the street in, like, Utah.

PS: Are you the good cop or the bad cop?

Jane Fonda
Jane Fonda Reflects on Her Past Eating Disorder: "It's a Very Lonely Thing"
by Chandler Plante 3 hours ago

Celebrity Couples
Are the "Freeridge" Cast Single or Taken? Here's What We Know
by Jessica Vacco-Bolanos 6 hours ago