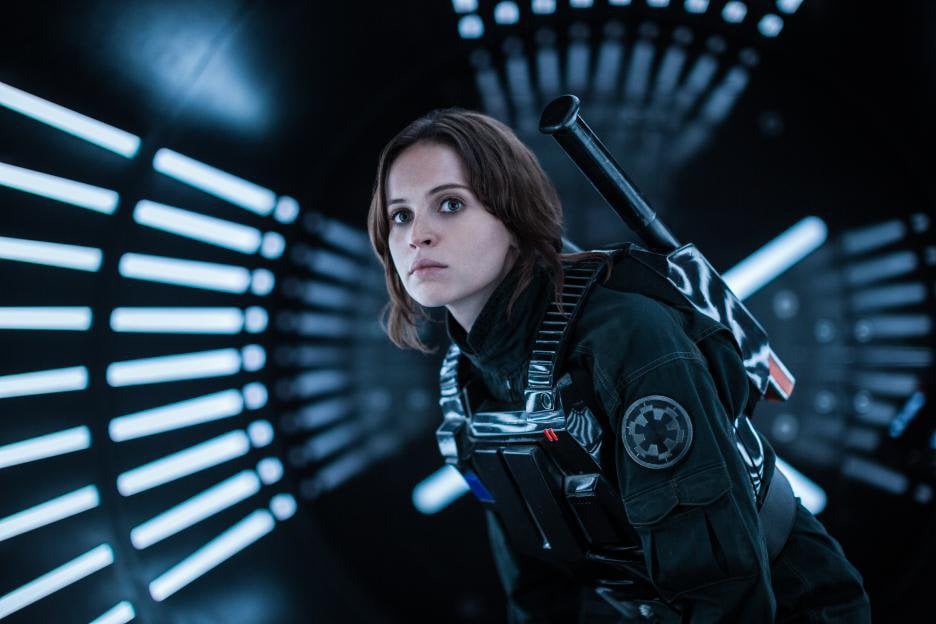 If you've been eagerly counting down the days until Rogue One hits theaters, don't expect to do the same thing for Rogue Two. The Star Wars spinoff stars Felicity Jones as Jyn Erso, the leader of a group of Rebels tasked with stealing the plans for the first Death Star from the Empire so that Luke Skywalker can later destroy it, all while avoiding a band of bounty hunters sent after them by Darth Vader and new villain Orson Krennic. Despite its intriguing premise and the amount of theories already swirling about the familial connections between the franchise's characters, Lucasfilm president Kathleen Kennedy has shut down any hope for a sequel.

In the latest issue of Empire magazine, Kennedy is joined by Lucasfilm chief creative officer John Knoll and Rogue One director Gareth Edwards in saying that no matter how well the standalone movie does after its Dec. 16 release, that's as far as these characters' stories will go. At this point the prequel to A New Hope is slated to rake in millions of dollars, making it hard to believe that Hollywood execs wouldn't try to capitalize on it. According to /Film's interview with Kennedy last year, however, she's always maintained that these single-serving Star Wars films "are not being designed to necessarily build new franchises." It's a bold choice in a time when sequels are dominating the movie industry and makes us wonder if the same rule will apply to the upcoming Han Solo movie.