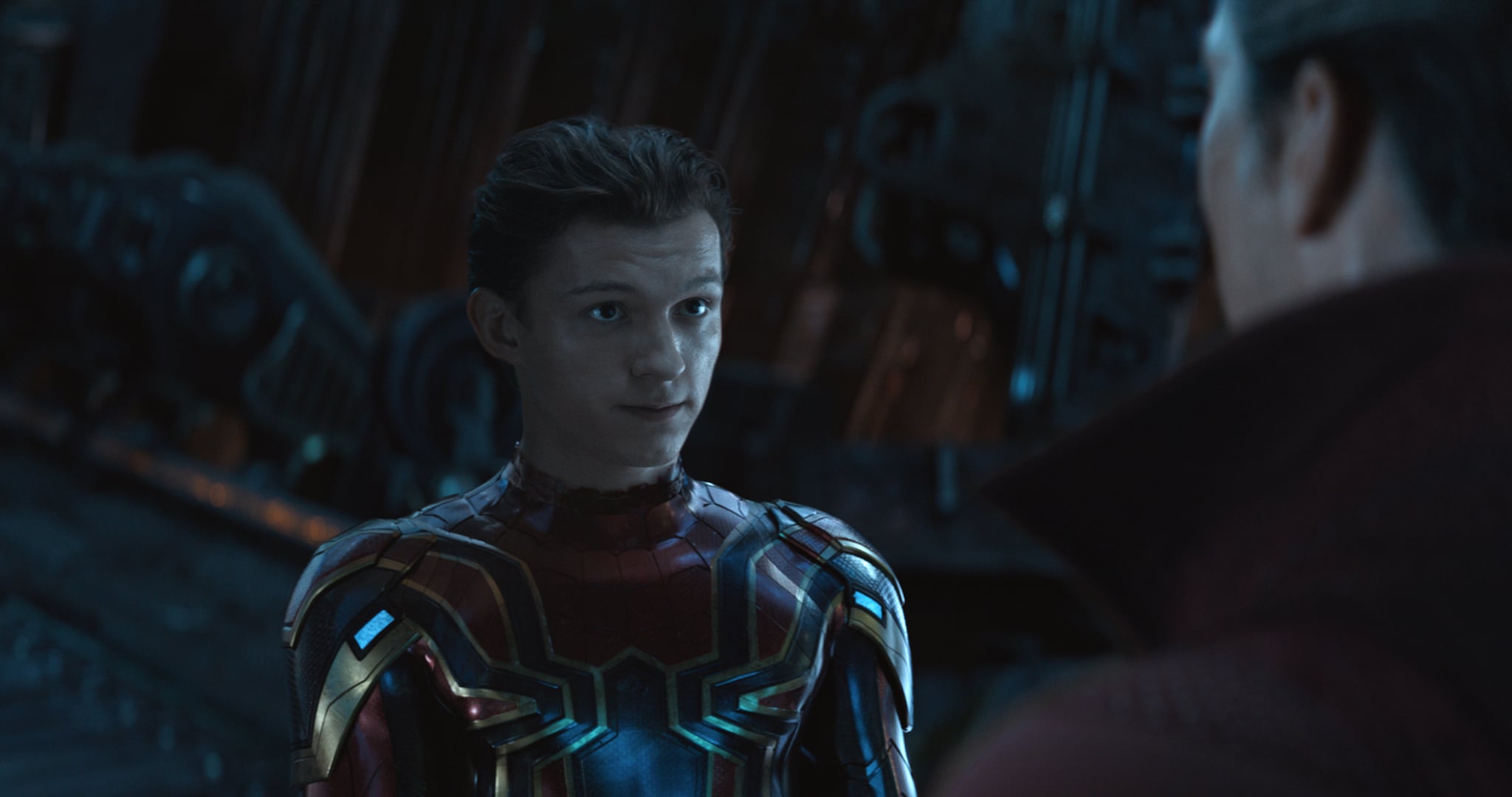 There are so many characters to fall in love with within the Marvel Cinematic Universe — and even more to simply keep track of — but Spider-Man is one that you can't help but love. He's one of the most iconic comic book characters ever, and even though there have been many versions of him over time, we're currently obsessed with Tom Holland's young Spider-Man version. This brings us to Avengers: Infinity War and what on earth is going on!

In the final scene of Avengers: Infinity War the good guys were getting ready to face Thanos and his minions when all of a sudden half of them disintegrate, leaving the rest of the heroes and fans everywhere stunned. So, who is dead and who just vanished? Unfortunately, we don't have a confirmed answer for either one. What we do know is that Spider-Man is one of the guys who disappeared — along with Star-Lord, Black Panther, Scarlet Witch, and more — and therefore could be dead. While we're not too happy about it, we're also convinced he'll return.

Related:
So . . . About That Spider-Man Scene in Avengers: Infinity War

Yes, Holland could be replaced — clearly, he wouldn't even be the first Spider-Man to be recast — and that makes us a little worried. On the bright side, Marvel has stuck with the same actors for most of its major characters for years now. Hopefully, it'll do the same with Spider-Man and Holland will have a job for a while now. This would mean that he does survive Infinity War, or it could mean that the Homecoming sequel takes place in another time to allow him to reprise the role but actually die in the latest Avengers film.

Clearly things are a little complicated in the Avengers world right now, but since there is another Spider-Man movie slated to star Holland — as of now — we're going to go with the fact that he's not dead, but perhaps in an alternate reality. Fingers crossed that we're right!