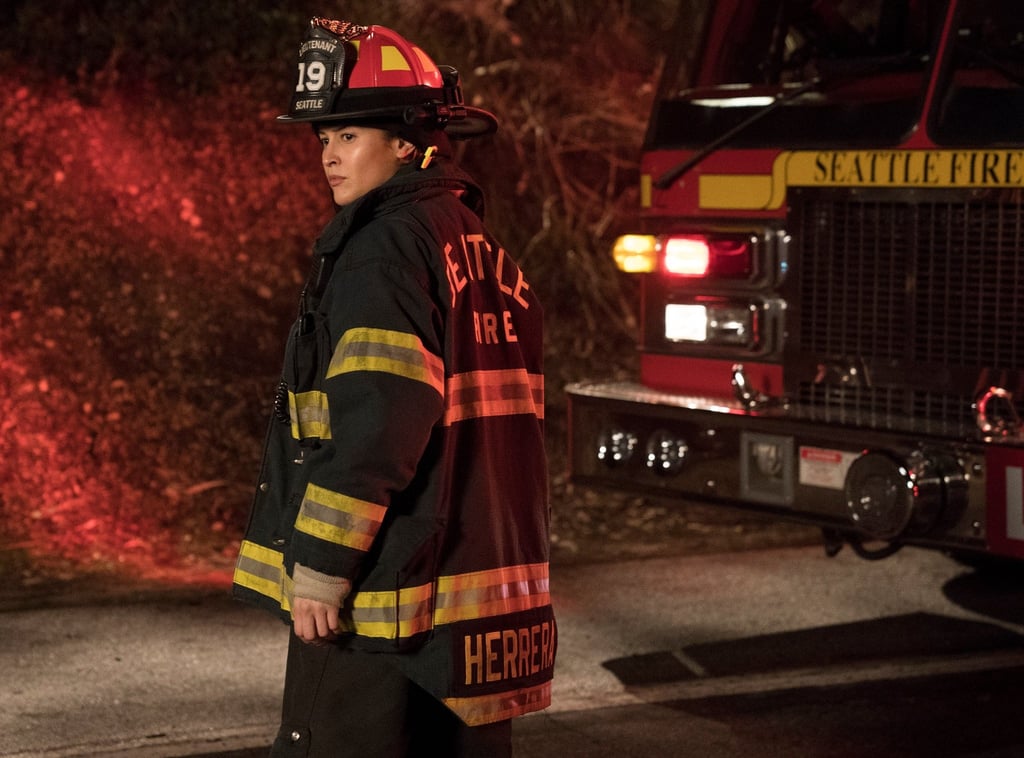 You Don't Need to Be a Grey's Anatomy Fan to Love Its New Spinoff, Station 19

If you're a keen Grey's Anatomy fan like yours truly, you'll know that Shondaland has a fresh spinoff of the steamy medical drama called Station 19. The new show has been introduced to viewers through something of a slow burn in season 14 of Grey's with montages of Dr. Ben Warren training for his new job and bickering with his wife about his sudden career change. Things finally heat up when we officially meet Shondaland's newest protagonist, Andy Herrera, in the Grey's and Station 19 crossover.

The special two-hour debut for the drama aired on March 22, introducing us to a new side of Shondaland's Seattle: Station 19. Borrowing the world of its parent show, Station 19 brings viewers deep into the professional and personal relationships between a group of firefighters. It's steamy, emotional, and full of complicated characters. From the looks of what's happening in these first few episodes, creator Stacy McKee knows what she's doing.

Here are a few reasons you should tune in, whether or not you're a ride-or-die Grey's fan.

TV
Is "Girls5eva" Based on a Real Girl Group?
by Simrin Purhar 1 hour ago