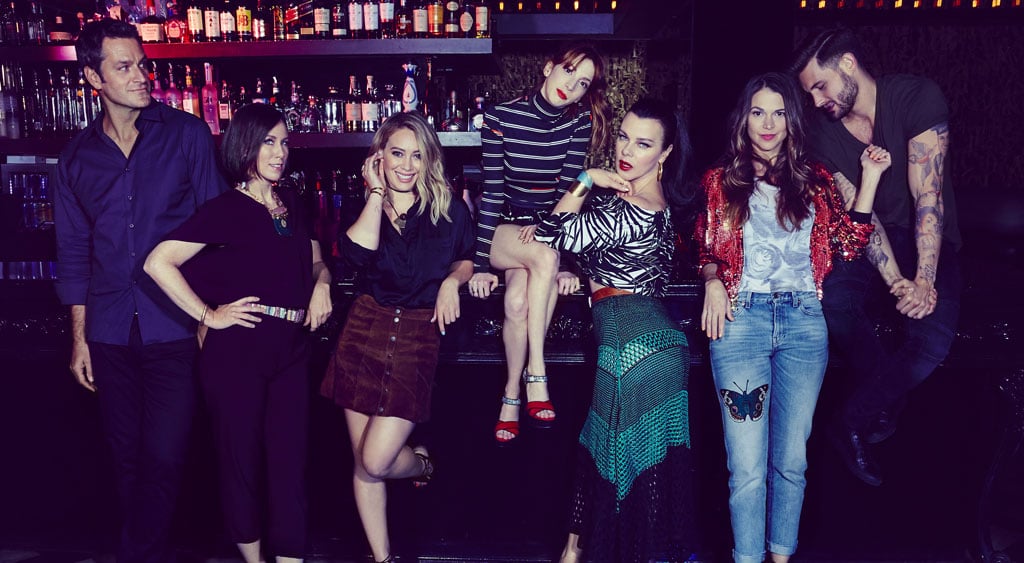 Season three of Younger premieres on TV Land on Wednesday, and before we dive back into the juicy and addicting love triangle that is Liza, Charles, and Josh, POPSUGAR had the chance to sit down with the show's star, Sutton Foster, about what fans can except from her character this season. While we're still getting over the shocking season two ending (Kelsey's fiancé dies in front of Liza in a freak accident on the streets of NYC), Foster admitted that those insane plot twists are only just getting started. See what she had to say below, then check out all the season three details you need before the premiere.

POPSUGAR: Thad's death was so unexpected at the end of last season. Can we expect anymore of those plot twists in season three?

Sutton Foster: Yes! I can't tell you, but yes. Even watching it — and I knew what was coming but hadn't known how it was going to all play out — my husband and I watched it together and we were both like, "Ah!" We rewound and replayed sections of it. We couldn't believe it and I was immediately on social media 'cause I wanted to see how people were reacting, and it was crazy. It was so fun to kind of voyeuristically watch fans reacting and people being like, "Oh my god"' and "What the hell!" The feed was going crazy. But season three definitely doesn't disappoint.

PS: While we feel like we know Liza, she keeps surprising us with new things each season. What can we expect from her in season three?

SF: I feel like Liza is more confident in the workplace. She's been given a lot more responsibility with Kelsey and the imprint is growing. She's still Diana's assistant, but she's a little more torn between the two roles that she's playing there. She's becoming a little more confident in her skin and this new skin that she's created, but I feel like when I watch the show, because I've seen four episodes of season three, so by the end of those I was like, "What is she doing?!" I was like, "Oh no!" I feel like she's kind of caught up in all of it and I feel like she's just this kind of giant wrecking ball that's getting bigger and bigger, but I worry about her and I worry about the end of this season. I don't know — I'm actually worried like what audiences will think of her. And I hope everyone still likes her. But, I will say this: she's a very human character and she's someone who there's many things you can admire about her and many things that you're like, "All right, you're an idiot." She makes a lot of mistakes, but I think her intentions are always good, but at many times very selfish, but she's a very relatable character. She's like the antihero. She's figuring things out, but I'm curious how it will go. I was already like, "Ugh, f*ck," by episode four. I'm curious how she will fare the rest of the season.