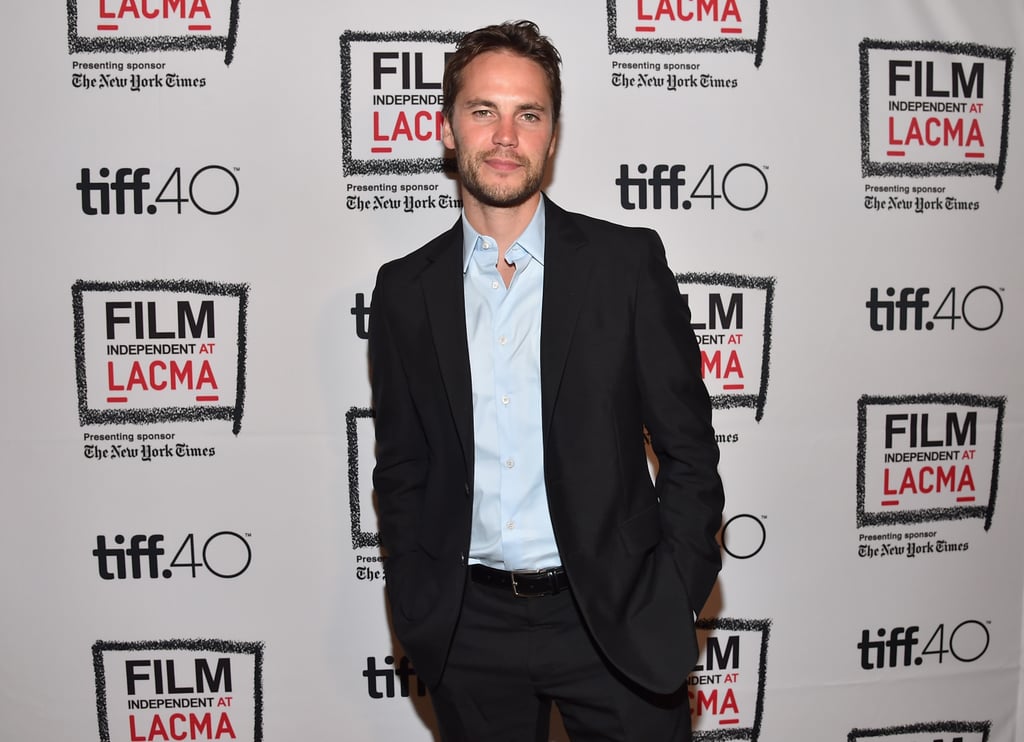 It's been "years and years" since Taylor Kitsch reunited with his Friday Night Lights costars, and he can't wait to spend time with his former castmates this weekend. Thanks to Marriott Rewards, Kitsch is teaming up with Zach Gilford, Minka Kelly, and Aimee Teegarden to compete in Saturday's Spartan Race in Chicago, where the group will be tackling obstacles and, as Kitsch joked, possibly calling Kyle Chandler for a prerace pep talk, Coach Taylor style.

Over the past few years, the 35-year-old actor has starred in movies like John Carter, Battleship, and Lone Survivor, and last year he was back on the small screen with True Detective. It was his breakout role as FNL's Tim Riggins, though, that made him a household name, and to talk to Kitsch is to remember why his popular character is such a fan favorite. Like Riggins, Kitsch is charming and quick with the one-liners — which makes sense, considering how often he says he improvised lines for the character. As we chatted, I found myself laughing out loud as Kitsch gamely answered questions about his former costars, the best offscreen moments, and whether he'll bring back that Riggins hair. (Spoiler alert: that's not really something he thinks about.)