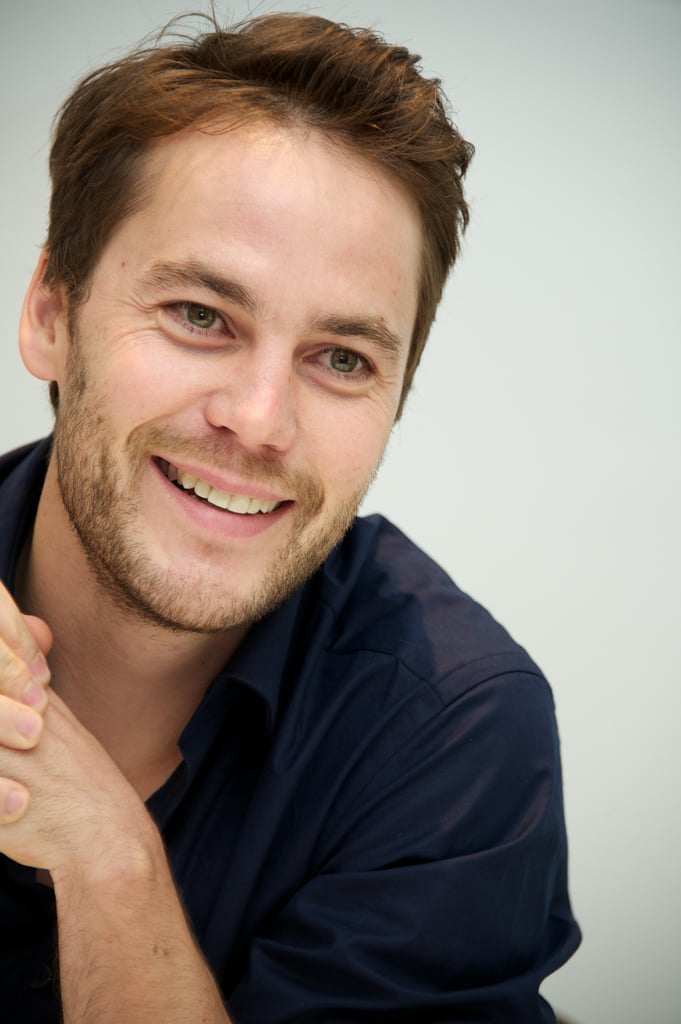 POPSUGAR: Ahead of this weekend, Zach Gilford, Minka Kelly, and Aimee Teegarden have posted some pictures of themselves training and practicing the spear throw. Have you guys been getting pretty competitive about the race?
Taylor Kitsch: I think we will more on the day. I don’t have any social media, but if I did, I would be all over that.

PS: So with you guys training and competing, does that mean you’re not going to pull a Riggins move and have a few beers beforehand?
TK: Why wouldn’t I? (Laughs.) I think you’ve got to earn it, so we’ll do it sober and maybe kick back one or two after.

PS: Without Kyle Chandler there, who’s going to give you guys the prerace pep talk? Are you going to take that on?
TK: Oh man, that’s a good question. We could always FaceTime Coach, and it would still be just as powerful because he’s that good. I don’t know, Riggins is a man of few words. He’s a guy who leads by action.