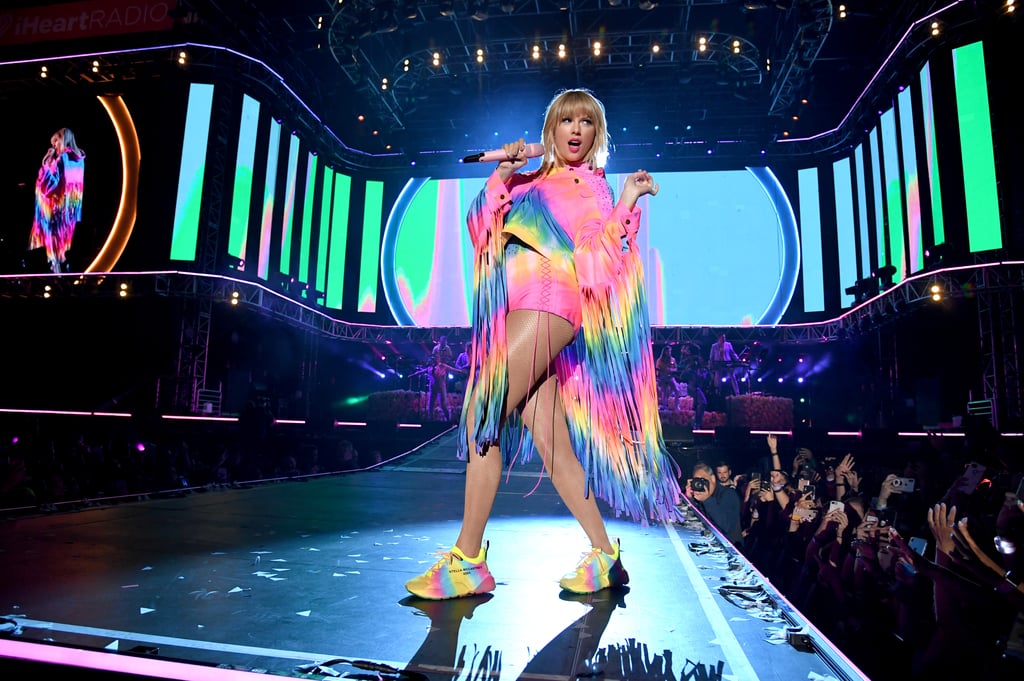 Taylor Swift Is Performing at the VMAs For the First Time in 4 Years, and We Can't Calm Down

After almost four years, Taylor Swift is returning the MTV VMAs stage. On Wednesday, MTV announced that the "ME!" singer would be performing during the award show, which will be broadcast live from the Prudential Center in Newark, NJ, on Monday, Aug. 26. The last time Swift attended the show was all the way back in 2015, when she won video of the year for "Bad Blood" alongside her celebrity friends.

In addition to her upcoming performance, there's also a good chance Swift will take home a few awards. She's tied for the most nominations in 2019 with 10 nods, including video of the year and song of the year for her singles, "ME!" and "You Need to Calm Down."

While it's unclear what song Swift will perform during the show, it's worth noting that it will be her first major televised performance following the release of her seventh album, Lover, which comes out on Aug. 23. Perhaps she'll bless us with a performance of a brand new song? Seeing that Swift has a long history of mending feuds at the VMAs, maybe those Swift and Katy Perry duet rumors aren't too far-fetched! Guess we'll have to wait and see. In the meantime, look back at some of her best and most memorable VMAs moments.

Related:
These Are the 13 Performances That Taylor Swift Fans Will Never, Ever, Ever Forget
Previous Next Start Slideshow
Taylor SwiftMTV VMAsMusicAward SeasonTV