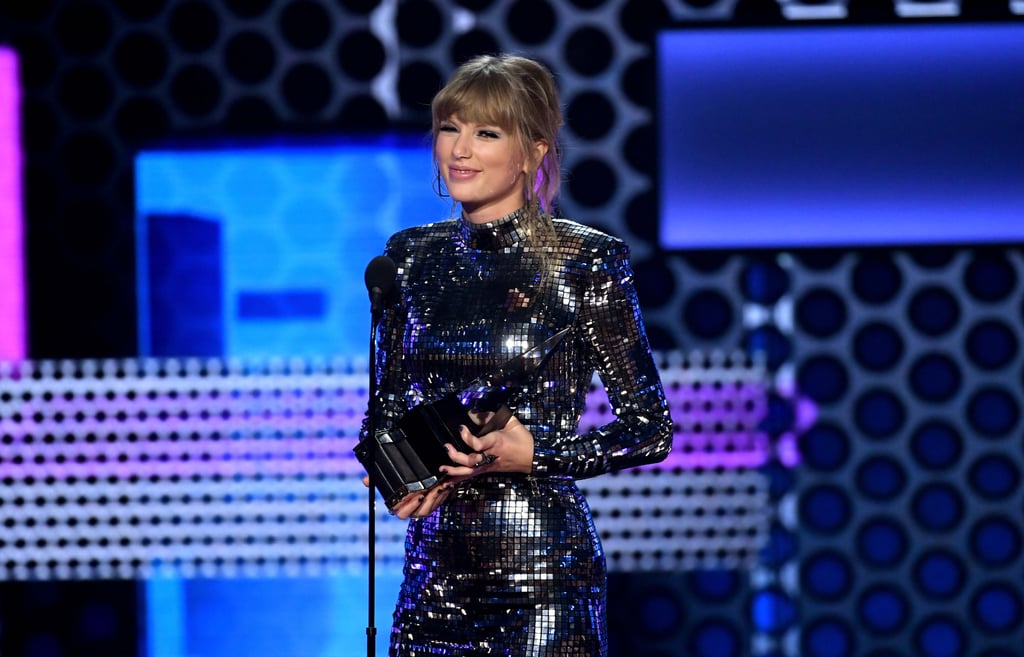 Taylor Swift Basically Just Confirmed a New Album Is Coming, and Fans Are Losing It

Taylor Swift just teased her seventh studio album at the American Music Awards, and her legions of fans are already losing their damn minds (as they should).

After opening the show with a performance of "I Did Something Bad" and accepting the tour of the year trophy, Swift also took the stage to pick up the award for favorite pop/rock album. Standing front and center in her disco ball dress, she opened up a bit about the inspiration behind her latest album, Reputation, and also hinted at what's to come.

"The whole time I was writing the album, based on all the facets of a reputation and how it affects you, what it actually means to you, I was surrounded by friends and family and loved ones who never loved me less based on the fluctuations of public opinion. Those people all know who they are," she said. "I always look at albums as chapters in my life. To the fans, I'm so happy that you like this one, that this [award] means you liked this one."

But it was the last thing Swift told the crowd that seemed to be especially telling: "Guys, I have to be really honest with you about something — I'm even more excited about the next chapter."

Next chapter? Say what?! Since the 28-year-old has been in the midst of her Reputation tour, there hasn't been any news of new music or a seventh studio album before now. Obviously that hasn't stopped fans from speculating, and they were happy to share their theories and excitement on Twitter.

Music
Little Mix Know How to Have a Good Time, and Their Sexy Music Videos Prove It
by Kelsie Gibson 14 hours ago

Music
Saleka on Writing a Song For Dad M. Night Shyamalan's Old: "I Didn't Want to Let Him Down"
by Kelsie Gibson 16 hours ago

Music
Anne-Marie and Little Mix's New Video Is Basically Bridesmaids, but With Versace Robes
by Navi Ahluwalia 17 hours ago