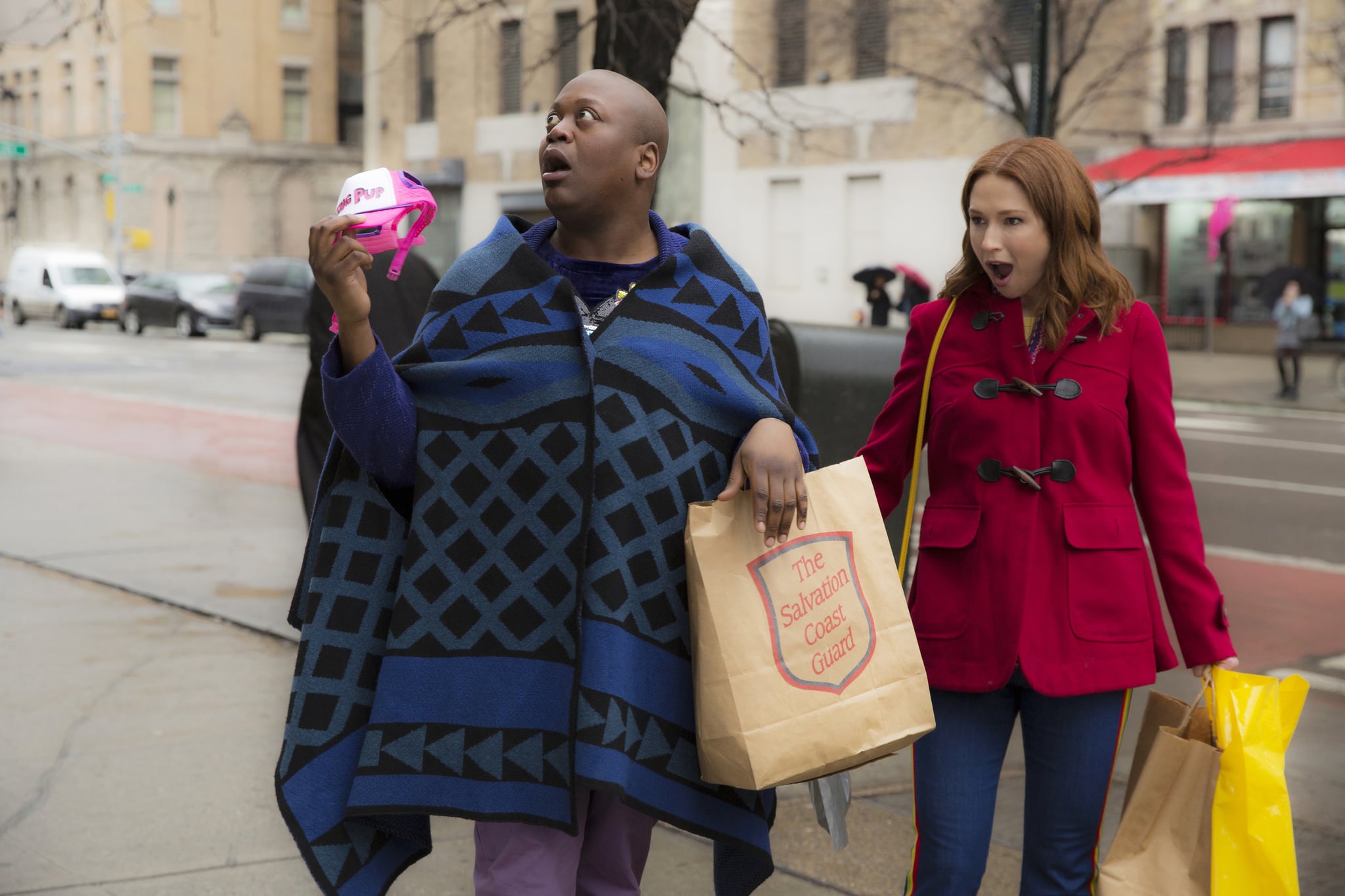 Unbreakable Kimmy Schmidt is officially coming to an end. Deadline reports that the show's upcoming fourth season will be its last. While we're certainly going to miss Titus's one-liners and Kimmy's unwavering optimism, there is good news! Netflix and the show's producer, Universal Television, are reportedly in talks to create a movie, which would be written by cocreators Tina Fey and Robert Carlock. It would act as a send-off for the series and wrap up any existing storylines. The upcoming season will be split into two parts, with the first half premiering on May 30 and the second half premiering at a later date. In the meantime, we'll just be replaying Titus's best musical moments.