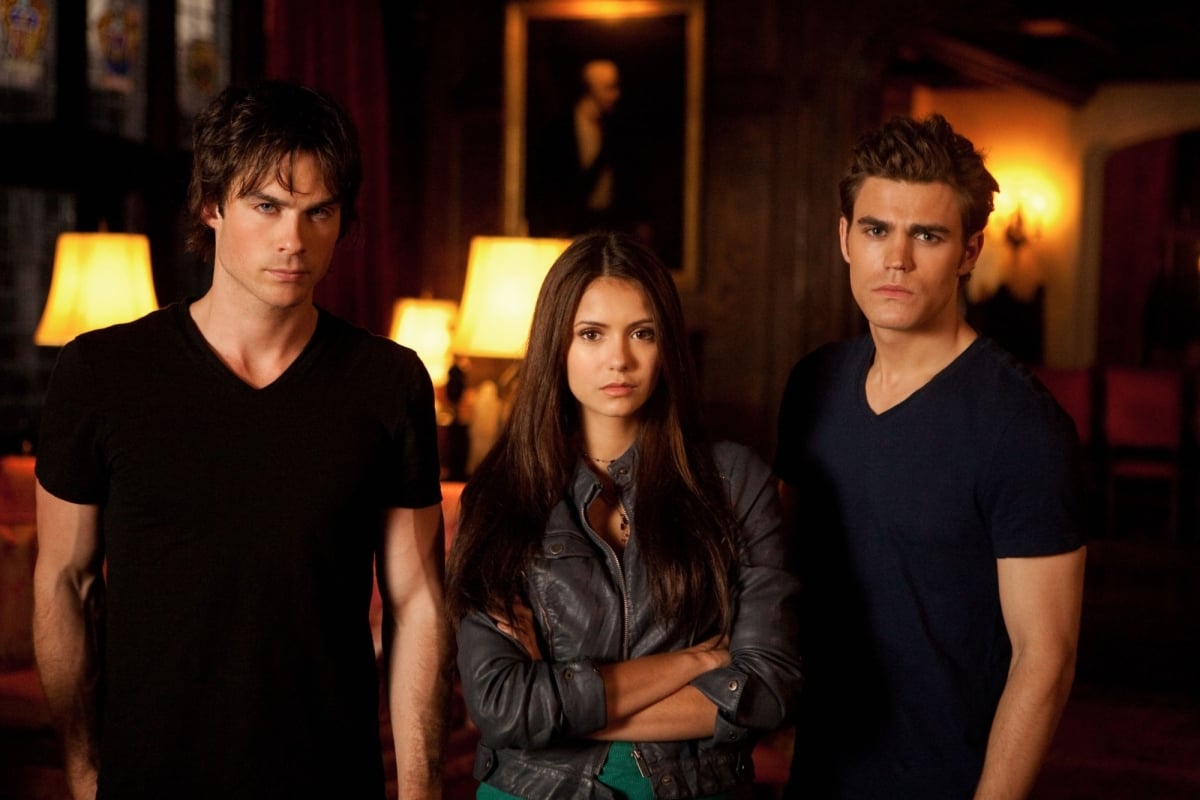 Warning: major spoilers about the Vampire Diaries series finale ahead.

The Vampire Diaries wrapped its eighth and final season on Friday night, and it was truly epic. While it was certainly filled with a lot of heartbreak and goodbyes, one of the most shocking moments was that big character death, or should we say — deaths. Not only did Stefan die after giving Damon the cure and stepping into the line of hellfire (yes, Damon is human now), but we also learned that two other main characters eventually pass away.

It all goes down in the flash forward when the characters explain where they end up, by means of journaling, of course. While Caroline opens a supernatural school with Alaric (and receives a generous donation from her former love Klaus), Bonnie does some soul searching, and Elena and Damon presumably get married and have a long and happy human life together — for a while, at least. Although we're not sure when exactly they die, nor how (which seems weird seeing how much the show hyped up the big character death in the finale), in the final scene, we see Elena reunite with her family in the afterlife, and then Damon with Stefan, implying they both find peace. So there you have it. The epic trio that started it all, ended it all.

Netflix
Virgin River: Everything You Need to Remember About How Season 1 Ends
by Hedy Phillips 11 hours ago

TV
Before the Dr. Death Adaptation, Read Up on the Chilling True Story of Christopher Duntsch
by Stacey Nguyen 14 hours ago