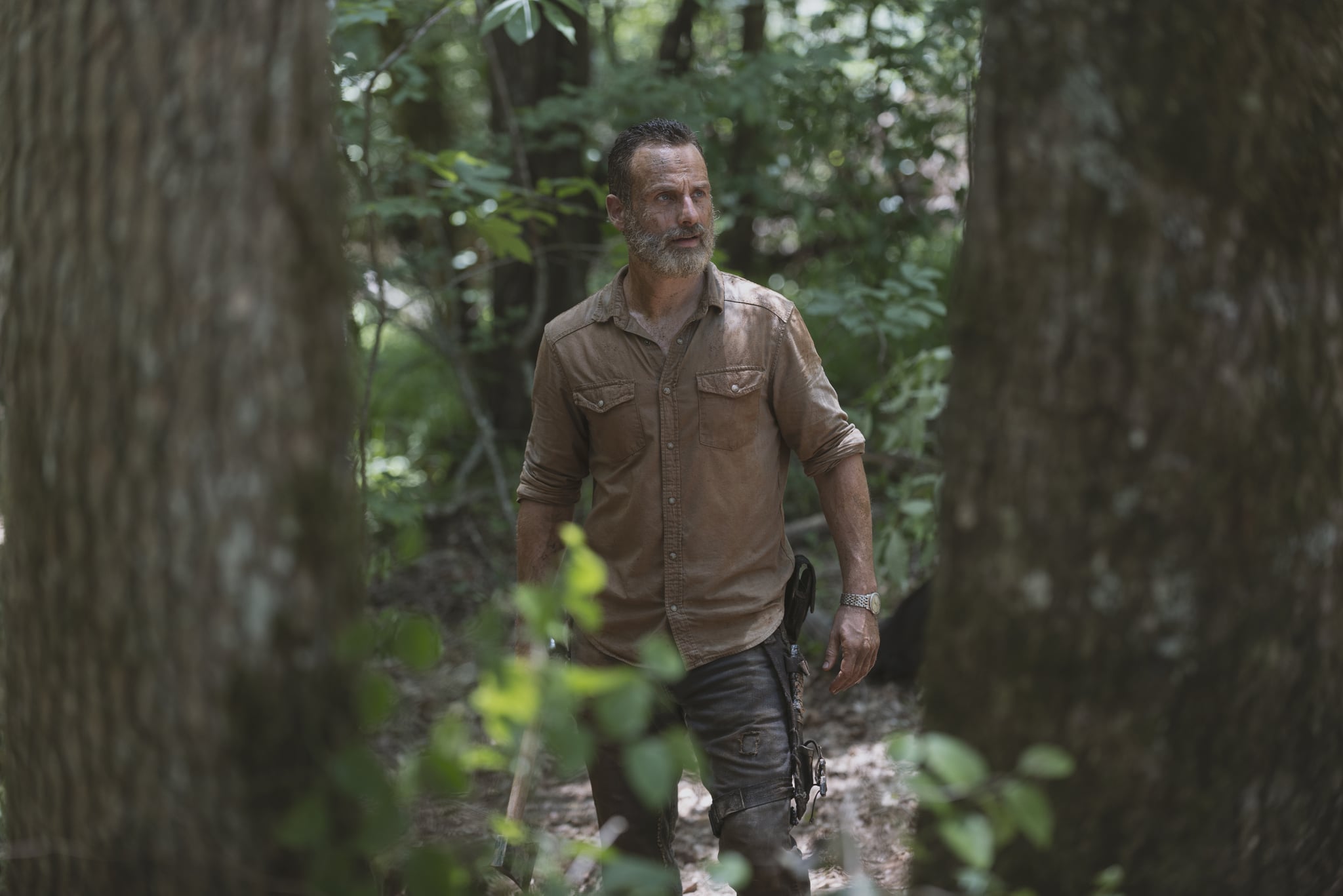 Beware: Spoilers for the latest episode of The Walking Dead below!

I imagine it's going to take fans of The Walking Dead quite some time to get used to the idea that Rick Grimes, OG leader of the apocalypse, is not only leaving the show for good, but that he's also going to be starring in a trilogy of feature-length films on AMC. Talk about a curveball.

If you watched the show's latest episode, "What Comes After," you know that Rick (Andrew Lincoln) doesn't die after all. Instead, after blowing up a bridge infested with walkers to save his friends and preserve the legacy of community he'd created, his badly wounded body is tossed into the river below and washes ashore a mile or so downstream. The scene cuts to Jadis, who's standing in the woods nearby and who spots Rick's very-much-alive body on the riverbank. She hops on her walkie and begs the mysterious people in the helicopter to land and save Rick, to which they reluctantly agree. The last we see of our beleaguered apocalyptic leader, he's being flown off to an unknown location.

So, yes: the story of Rick Grimes is far from over. According to Scott M. Gimple, who appeared on Talking Dead after the episode, Rick is indeed alive and "it's not a weird trick," but that was the last we'll ever see of him on the show; he will appear only in the movies from here on out. "We're gonna continue telling his story in a series of original AMC films," he said. "It expands the universe. It's gonna show a different corner of the world."

Related:
Rick's Last Episode of The Walking Dead Is Devastating — Here's How It All Plays Out

Lincoln will continue playing the character in three feature-length movies that will air on AMC. Production on the first film begins production in 2019, with Gimple writing the script. During an interview with EW, Gimple explained a little bit more about what to expect from the movies:

"It is really important for the audience to know that we are going to be continuing to tell the story of Rick Grimes in these AMC Studios original films. We don't want this thing to be like, 'Oh, well, he'll be back on the show any moment now.' We are telling Rick's story in another medium . . . They're centered around Rick Grimes. We're going to tell the story of what happens after that helicopter flight, and these are going to be big, epic entertainments. Each are quality films."

Gimple went on to say that AMC is hoping to copy the success Netflix has had with original films, and that Rick's story will be the network's first foray into the genre. There's no word on what corners of the world Rick will end up in, or why he'd choose not to return to his family, but luckily we have plenty of time to theorize about how the movies might come together since production doesn't start until next year.

The Tonight Show Starring Jimmy Fallon
So, Apparently Maitreyi Ramakrishnan Loves to Lie About Being Mindy Kaling's Cousin
by Victoria Edel 15 hours ago