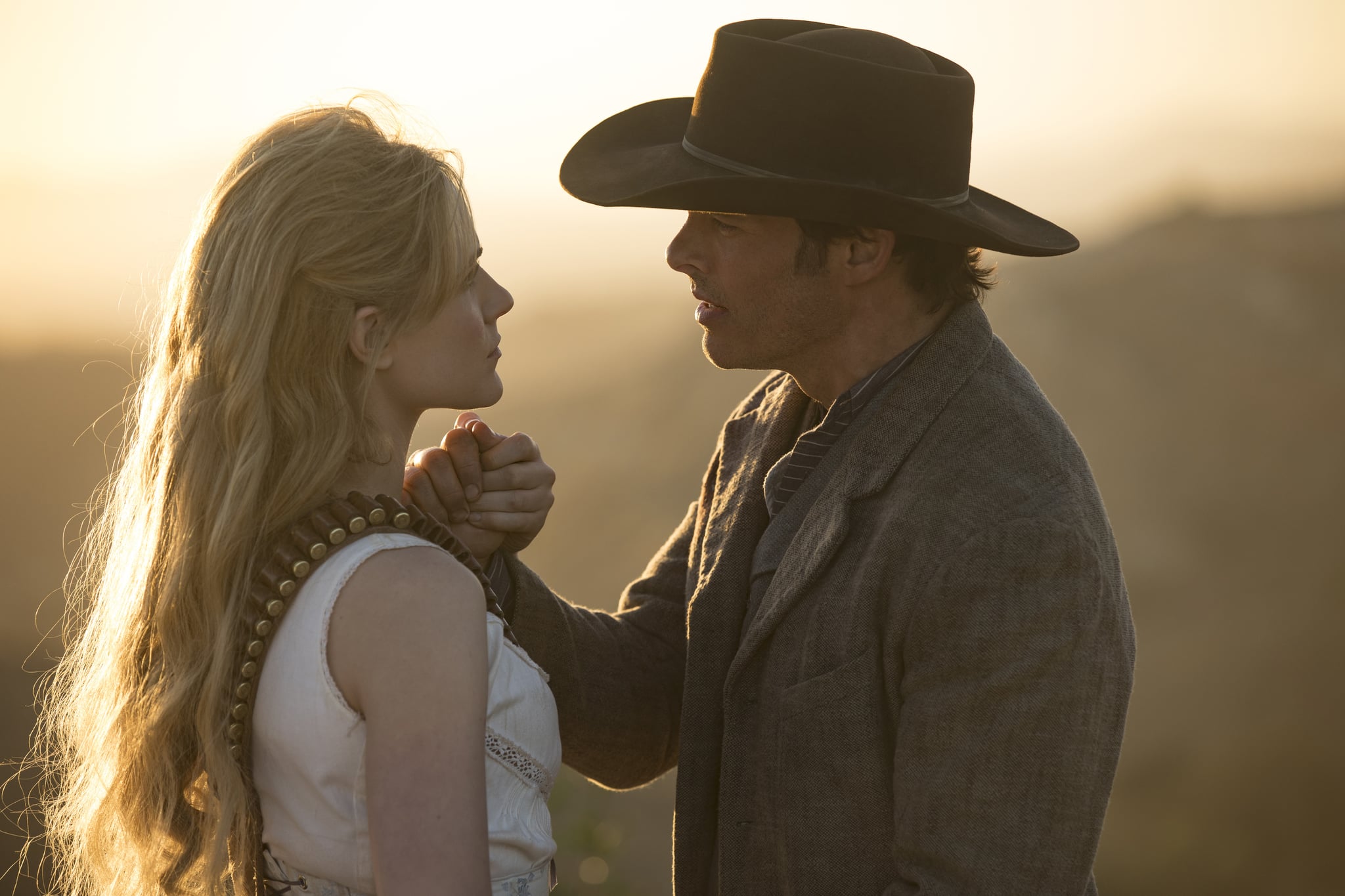 If the gory trailers and mind-boggling photos didn't give it away, Westworld is about to get even crazier during season two. While there is bound to be bloodshed as the robots rebel against the humans, there are also going to be even more complications between our favorite star-crossed lovers, Teddy (James Marsden) and Dolores (Evan Rachel Wood), especially now that they are learning how to think for themselves.

As revealed during the first season, there is much more to Dolores than meets the eye. Although she initially seems like an innocent ranch girl, she's also capable of violence, as we see from flashbacks to her past involving Wyatt. On top of all that, now that she's developing a conscience, there's a brand-new persona coming to the forefront that might be the most terrifying yet: herself.

Related:
The Uncertain Fates of 9 Westworld Characters Have Been Revealed For Season 2

During the Westworld season two panel at the Tribeca Film Festival, Wood admitted that playing this new version of Dolores was a bit of a challenge at first. "I really didn't know who my character was in season two," she said. "We kinda just built her from the ground up. I remember showing up to the first day of work going, 'I actually have no idea what I'm supposed to do or who I'm playing anymore.'"

After trial and error, she was able to find a good balance of all three characters. "We kinda made these rules for her about different situations that she's in and who the dominant character would be in situations and with different people," she added.

Of course, her new persona will have a positive and negative impact on her relationship with Teddy. As Marsden explained, the characters are finally living out a love story by their own rules. "Dolores and Teddy's dynamic, that love story that they shared, was always written for them," he said. "It was preprogrammed, and yet he still is bound to her by mighty cables. She's changed." Now, "the little ranch girl" he fell in love with suddenly doesn't need his protection anymore. "It's hot for a second, but then you have to stay alive," he added.