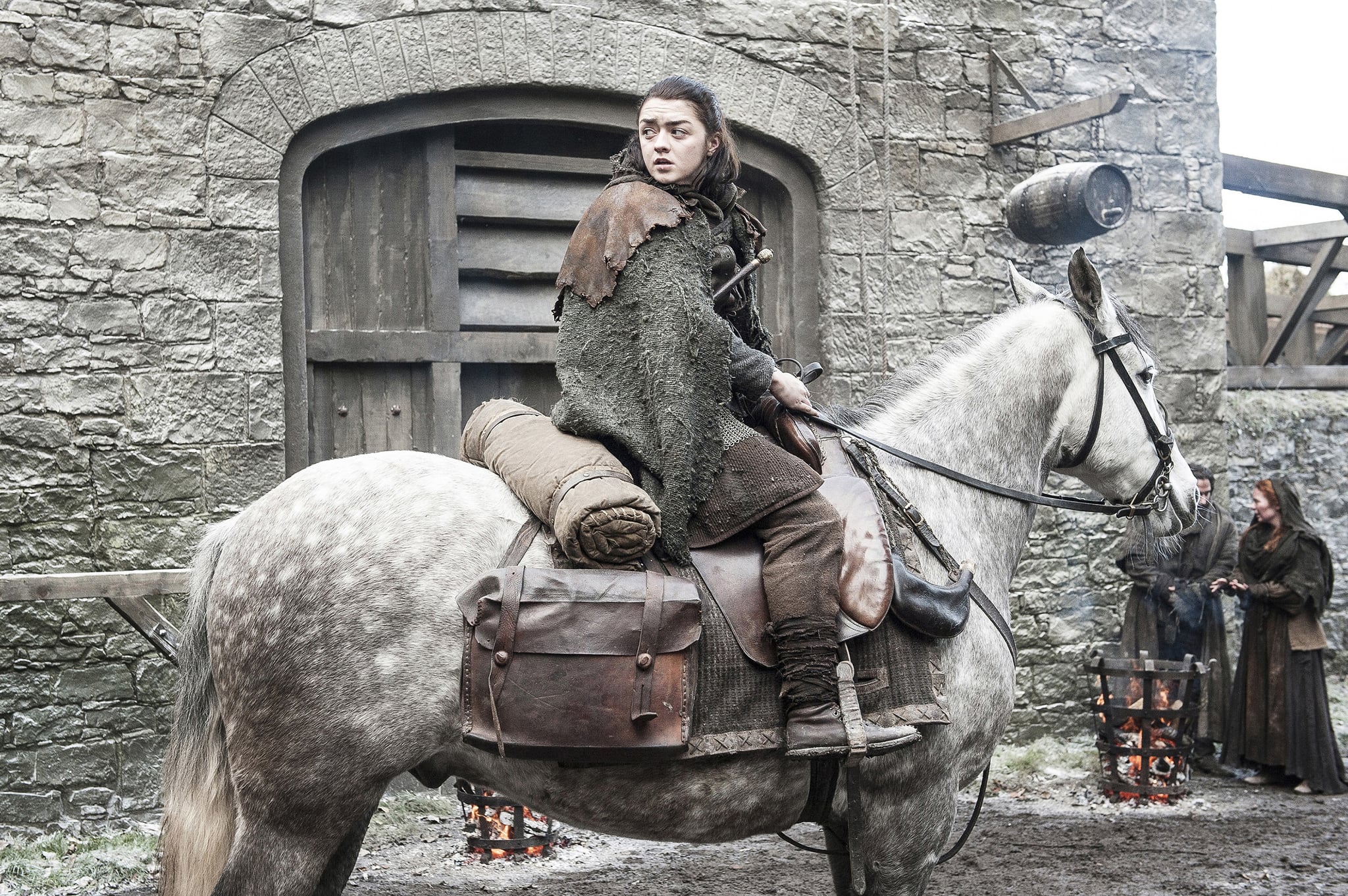 Is it too much to hope for another Stark reunion so soon after Bran's return to Winterfell? The preview for the next episode of Game of Thrones strongly hints that Arya is returning home, at long last. While she's expecting to find her beloved brother Jon there, the youngest Stark girl is en route to reunite with Sansa and Bran instead. Given Sansa and Arya's history of bickering, and Bran's eerie ability to see his siblings even when he hasn't been a part of their lives for years, this is one homecoming that could get complicated fast. After spending so much time alone, it's hard to predict how Arya will handle her return to Winterfell. The only thing that's certain is that her homecoming could be deadly for at least one of the castle's current inhabitants.

Eagle-eyed fans have been buzzing about a certain dagger resting on Arya's hip in the season seven promotional materials for weeks now. The dagger in question is the Valyrian steel weapon that an assassin uses in a murder attempt against Bran in season one. It's the very same weapon that leads Catelyn Stark on a witch hunt to capture Tyrion and ultimately sparks the War of the Five Kings, leading to the deaths of Ned, Robb, and Catelyn. It just so happens that dagger belongs to Petyr "Littlefinger" Baelish, and it is still in his possession. For now.

Arya doesn't seem to know the full extent of the damage Littlefinger's machinations have wrought on her family. If she did, he would surely be on her kill list. However, with Arya set to return to Winterfell, she is going to have an opportunity to observe Littlefinger's creepiness first hand. The conniving Lord Paramount of the Vale is acting as Sansa's shadow now that Jon is away in the South mining dragonglass. With Jon gone, there's no one to act as a buffer between Sansa and Littlefinger, and he's going to take advantage of every opportunity he can get to convince her to hold onto her power in the North — with him by her side. 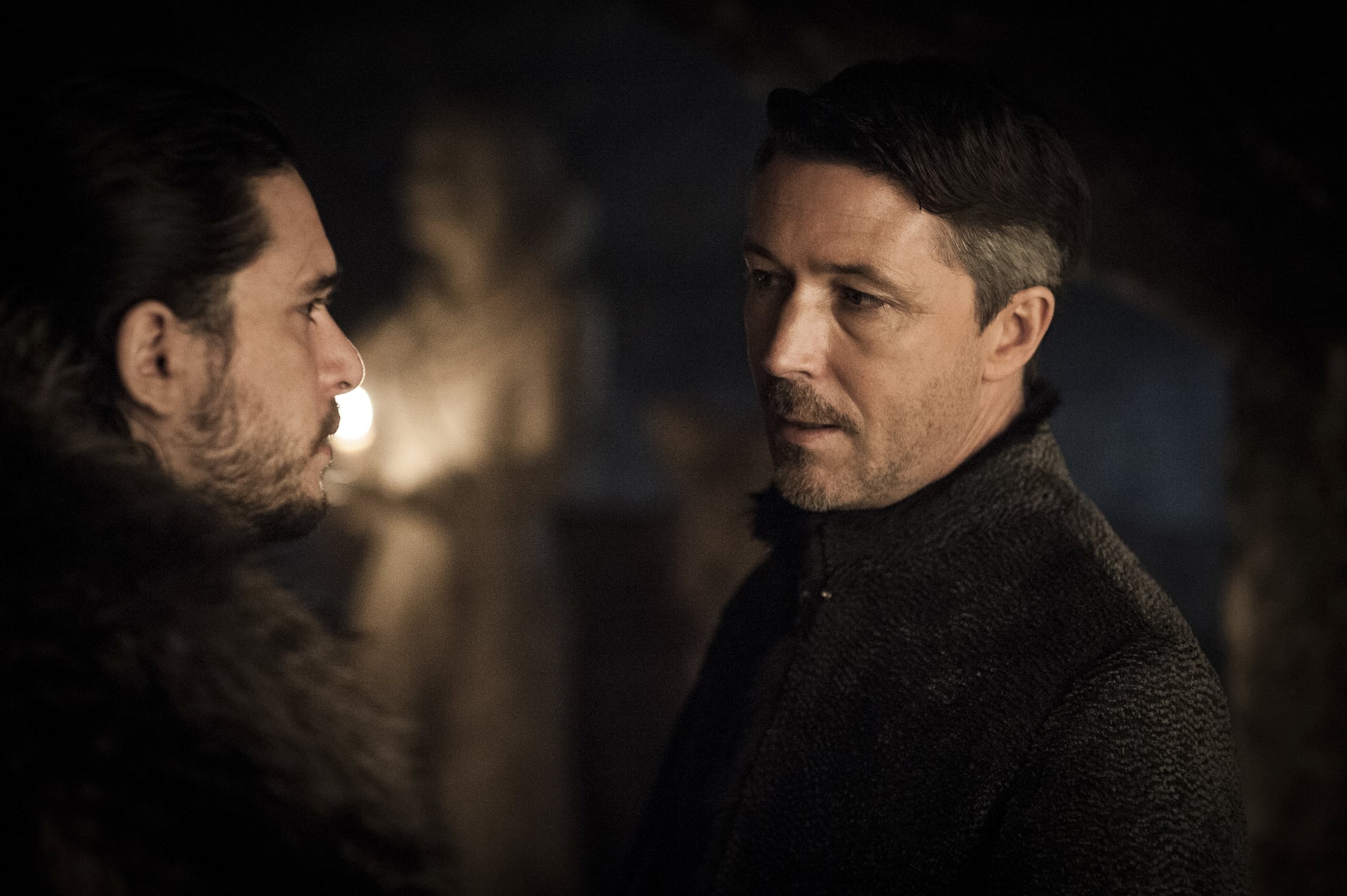 If anyone can stop Petyr and punish him for his multitude of sins, it's Arya, who is sure to be suspicious of the man responsible for giving her sister to Ramsay Bolton. The trouble is, Arya's return to Winterfell could occur under the guise of another face. Arya hasn't seen any of her siblings since she went through her Faceless Man training, and fear of their judgment may make her apprehensive about a reunion. Bran's greenseer gift may give him the ability to see through his sister's disguise though, which could make for a compelling scene between these two siblings.

Even if she does come home wearing her own face, there's no guarantee that she will stay, especially since Jon isn't there. Arya's brief reunion with Nymeria sees her referencing one of her most famous lines and hinting at what her future may hold. In season one, she tells her father "that's not me" after he explains that she will one day marry a lord and bear his children. When Nymeria turns away from Arya, the Stark girl smiles and says, "That's not you." Her wolf is every bit as wild as she is, and Arya may not be able to find contentment at Winterfell anymore. She's a warrior now, and it will only make sense if she rejects her sister's rule or any attempt to make her stay in one place for too long. That's simply not who she is.

If she does stay, it will be because she decides to heed her father's word: "The pack survives." Sansa needs someone to challenge her now that Jon is away, and Arya is the perfect person to keep her sister grounded. Meanwhile, Bran needs to be brought back to reality, and who better to do that than his annoying big sister who is better with a bow and arrow than he could ever dream of being? Arya isn't used to having people count on her, but she's in a position to act as a protector to her siblings until Jon returns and perhaps even dispatch Littlefinger in the process.

There's also the little matter of the White Walkers. Once Arya hears about the enemy to the North, she may feel a new sense of duty and purpose. Winterfell is her home, and this is her fight as much as it's Jon's or Sansa's. Don't be surprised if she ends up taking Littlefinger's Valyrian steel dagger and using it in the battles with the dead that are sure to come. (Come on, you know you've always wanted to see Arya fighting White Walkers by Jon's side.)

Arya's return to Winterfell could lead this fan favorite character down a number of different roads. Whether she kills Littlefinger, infiltrates her home with a different face, or throws herself into the fight against the Night's King, Arya's next chapter is sure to be a highlight of season seven.