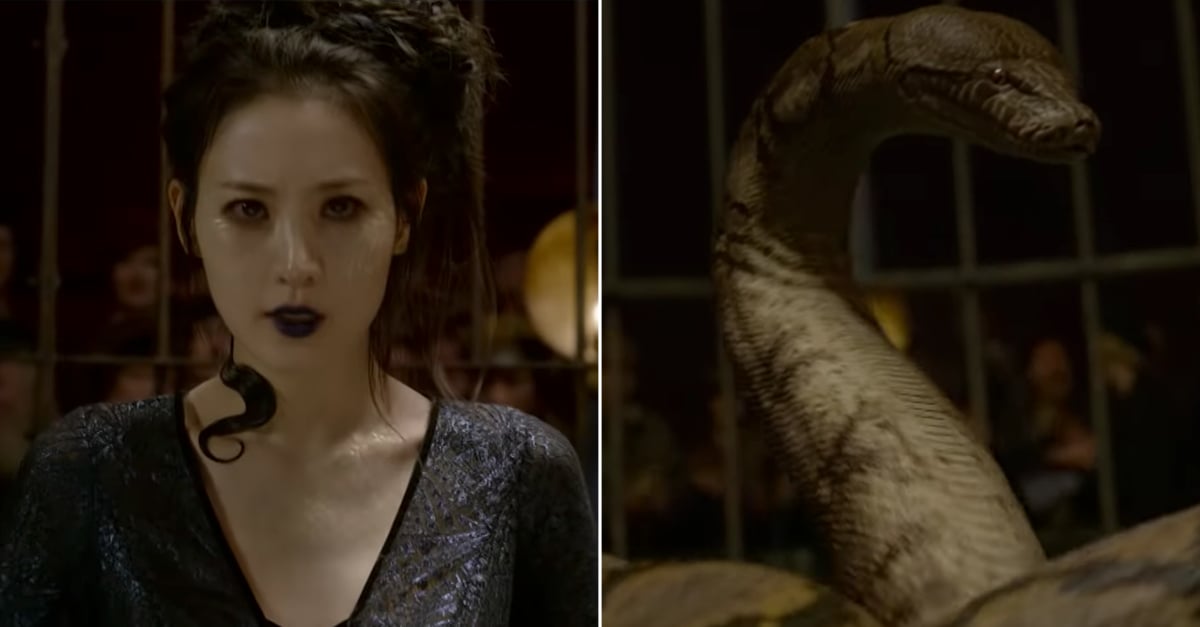 The final trailer for Fantastic Beasts: The Crimes of Grindelwald dropped on Sept. 25, and the reintroduction of a well-known character left fans searching for their copies of A History of Magic. Nagini, the lethal snake known as Voldemort's companion and final horcrux, was revealed to have once been human — specifically, a human woman played by Claudia Kim. While seeing her in the film as a human would have been enough of a shock, it was the revelation that Nagini is actually a Maledictus that left fans confused. Some wondered if it was the same as being an Animagus or a werewolf. Luckily, J.K Rowling took to Twitter to answer fans' burning questions and set the record straight.

Not an Animagus. A Maledictus. Big difference. https://t.co/JwVVNnvVQU

A quick brush-up on your wizarding knowledge: an Animagus is "a witch or wizard who can morph him or herself into an animal at will." Becoming an Animagus is a skill one must learn, and you can only become a specific animal that is determined by your personality. A well-known Animagus is Minerva McGonagall, who can take on the form of a tabby cat. Animagi have complete control over the process and can change without the use of their wands. They also still have the same mental capabilities as their human selves and can communicate with other animals.

Considering how ominous the name sounds and how the only known Maledictus winds up aiding the noseless scum of the earth known as Voldemort, it's understandable that some people would wonder if the curse means you're destined to become evil. J.K Rowling clarified that it doesn't, but . . . obviously, the jury is still out on that.

Not at all. The slow transformation into a beast is beyond their control, but they aren't destined to be evil.

So now that we understand how Nagini's abilities came to be, that answers only one of the hundreds of questions we have concerning her origin and life. We still don't know whether she's a witch, whether her bloodline includes others, or how she meets Voldemort. Hopefully Crimes of Grindelwald will give us a few more answers, or at least point us in the direction of some. At least we always have our theories to keep us occupied until the film premieres on Nov. 16!