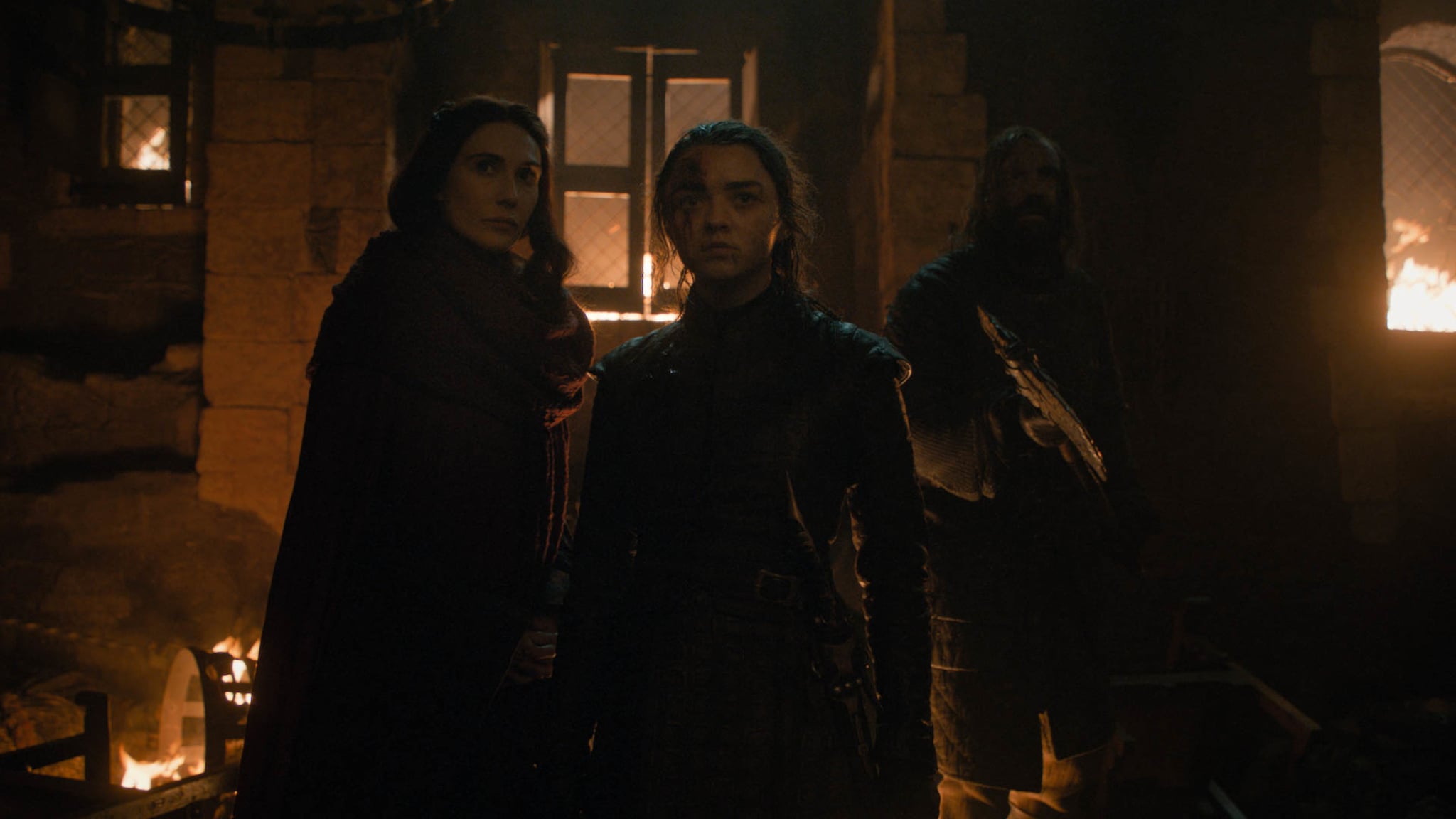 It may feel like we're light years away from Game of Thrones season one, but the living win the Battle of Winterfell thanks to Arya Stark's training, which began with her water dance instructor back in King's Landing when she was still a child. Melisandre shows up at the start of the epic battle between the living and the dead to lend a hand to the soldiers, but her ultimate purpose is to remind a certain young assassin of her destiny to shut some blue eyes forever. Namely, the Night King's. Before Arya runs off to take her place in the Godswood, the Red Woman says some familiar words to spur Arya into action: "What do we say to the God of Death?"

The answer, as Arya knows all too well, is, "Not today." But she wouldn't know these words if not for her water dancing instructor, Syrio Forel. Ned Stark hires Syrio to teach his daughter how to use her sword, Needle, while they're staying in King's Landing early in the show. Her instructor doesn't have much use for the Westeros style of sword fighting. As he tells his pupil during their first session, the knights of Westeros hack at their opponents, holding their great broadswords with two hands. He teaches Arya a far more elegant and deadly style of fighting by training her in the Braavosi way. "This is the Braavos dance, the water dance," he explains. "It is swift and sudden."

Syrio spent nine years as the First Sword to the Sea Lord of Braavos, and he later proves he's capable of taking on several Lannister men at once with nothing but a wooden sword when he saves Arya after Ned's arrest. That's the day he reminds Arya of a lesson she carries with her as she journeys across Westeros with the Hound, spends years in Braavos training with the Faceless Men, and when she returns to Winterfell to ultimately fulfill her destiny by killing the Night King. Syrio is the first person to introduce her to the God of Death. During their lessons, he explains that there is only one god, and his name is Death. And what do we say to the God of Death? Not today. Those are the last words he ever speaks to his student, and she never forgets them during the years of loss and difficult training that follow.

As far as we know, Melisandre and Syrio's paths never crossed, but the Red Woman has a way of knowing things she shouldn't. When she says those words back to Arya as they stand in Winterfell surrounded by the army of the dead, she pushes the youngest Stark daughter to realize that she's been preparing for this moment since she first dropped the wooden sword Syrio tossed to her during their first meeting. She's known death for a long time, and she also knows that anyone can be killed — including the Night King. So she went and surely made her late dancing instructor proud by telling death that he wasn't going to win today, before putting her dagger into the Night King's chest and ending the long night before it has a chance to sweep across Westeros. It turns out that Arya's first lesson was the most important one she ever learned, and it's the one that saves the Seven Kingdoms from an eternal night.