Warning: big ol' spoilers for Chilling Adventures of Sabrina below!

I have to hand it to Miss Wardwell — she makes being pure evil look damn good. I have no doubt that stock in red lipstick and floral dresses will soar after the Chilling Adventures of Sabrina premiere, all thanks to her.

What we're really here to talk about is how f*cking evil Miss Wardwell is, right? The character, played by Michelle Gomez, starts off the season as a mousy teacher at Sabrina's mortal high school who makes the mistake of picking up a stranded "woman" on the side of the road. After inviting her inside her home, the stranger makes quick work of Miss Wardwell, taking over her body and morphing into a chic but twisted villainess dead set on turning Sabrina into Satan's personal plaything.

If you caught yourself wavering on whether or not Miss Wardwell is really a villain at certain points throughout the series, you're not the only one — she's pricking the voodoo doll she made of Sabrina one minute and then saving her from the nightmarish wrath of the Batibat the next. But make no mistake: even when Miss Wardwell is saving Sabrina and the rest of the Spellmans from certain doom, it's all with the goal of steering the young witch permanently down the Path of Night.

Related:
Here's the 4-1-1 on Ambrose's House Arrest Situation on Chilling Adventures of Sabrina

During a conversation with Sabrina, Miss Wardwell paints a picture of how she arrived in Greendale. She claims she was once engaged to a mortal in New Hampshire, which got her excommunicated by her own coven, so she joined Sabrina's father's coven instead. She says she became Edward's acolyte and explains he tasked her with watching over Sabrina before his death in the plane crash. None of this is true, however, since it later becomes clear that Miss Wardwell will do anything to get closer to Sabrina.

We see her treachery come out when she kills Susie's uncle with a voodoo doll and persuades Sabrina to perform an exorcism on a mortal and later to attempt to bring Harvey's dead brother back to life. All of this is done to apparently push Sabrina further away from her human side, in hopes of fulfilling "the Dark Lord's prophecy." By the end of season one, Miss Wardwell succeeds in her goal of driving a wedge between Sabrina and Harvey and convinces her to sign over her free will to Satan in order to be imbued with enough power to save Greendale from an evil, vengeful coven of undead witches (it's . . . a long story). Sabrina suddenly gets platinum blond hair and a darker edge to her personality, but we'll have to wait to see how the change truly effects her in season two. 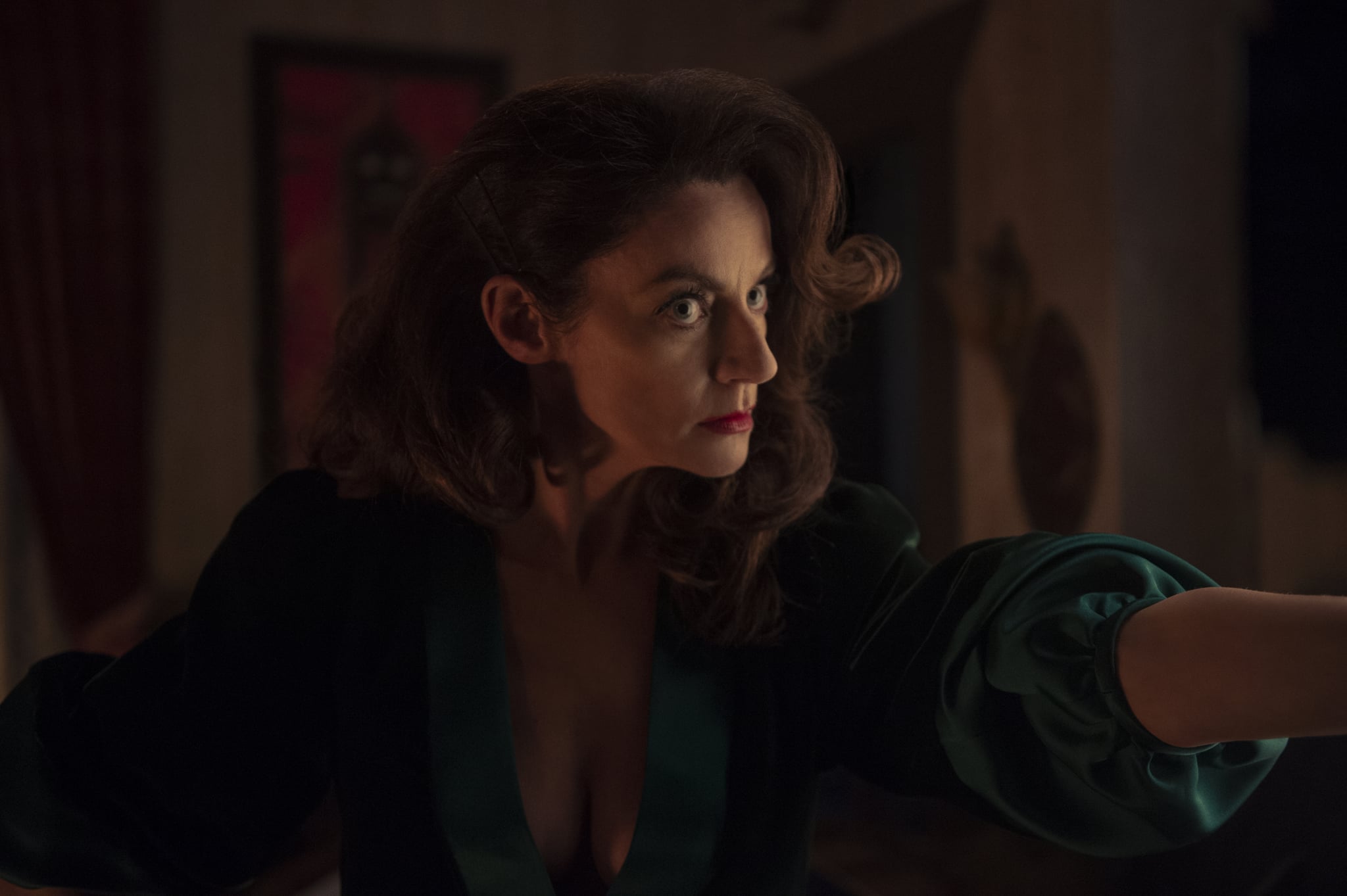 As for Miss Wardwell, she finally reveals who she actually is in the final few minutes of the season finale. While chatting with Principal George Hawthorne, who she has gagged and tied up in her home, she tells him she's "the mother of demons, the dawn of doom, Satan's concubine." She goes on:

"I'm Lilith, first wife to Adam, saved from despair by a fallen angel. I call myself Madame Satan in his honor. But soon, very soon, I'll have a new title. You see, once I finish grooming Sabrina to take my place . . . I'll earn a crown and a throne by his side. Who am I? I'm the future queen of Hell."

Then, she proceeds to rip off her human face and eat the principal (as one does). When her familiar, a crow, warns her that the Dark Lord might be using her to groom Sabrina into being his bride, instead of Miss Wardwell, she crushes the animal in her hands. We can only hope that foreshadowing will be explored in the upcoming second season.