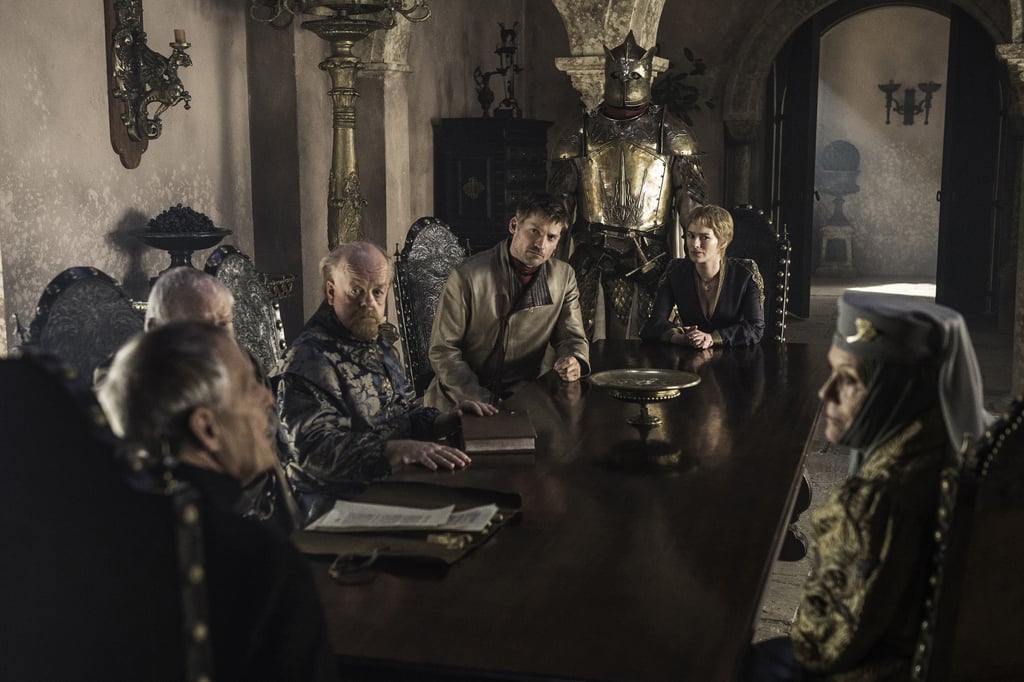 Game of Thrones: The Mountain Himself Revealed His Insanely Mangled Face and You Need to See It

Wherever Cersei goes on season six of Game of Thrones, her loyal bodyguard isn't far behind. The giant armored man, who was confirmed to be the resuscitated Gregor Clegane, aka the Mountain, finally takes his helmet off during the finale, but it's so dark that you can't really see his face. Good thing we took a screenshot and brightened it into oblivion — then the Mountain himself showed off his gross makeup via Twitter. May we introduce you to the new, not-at-all-improved Gregor Clegane.