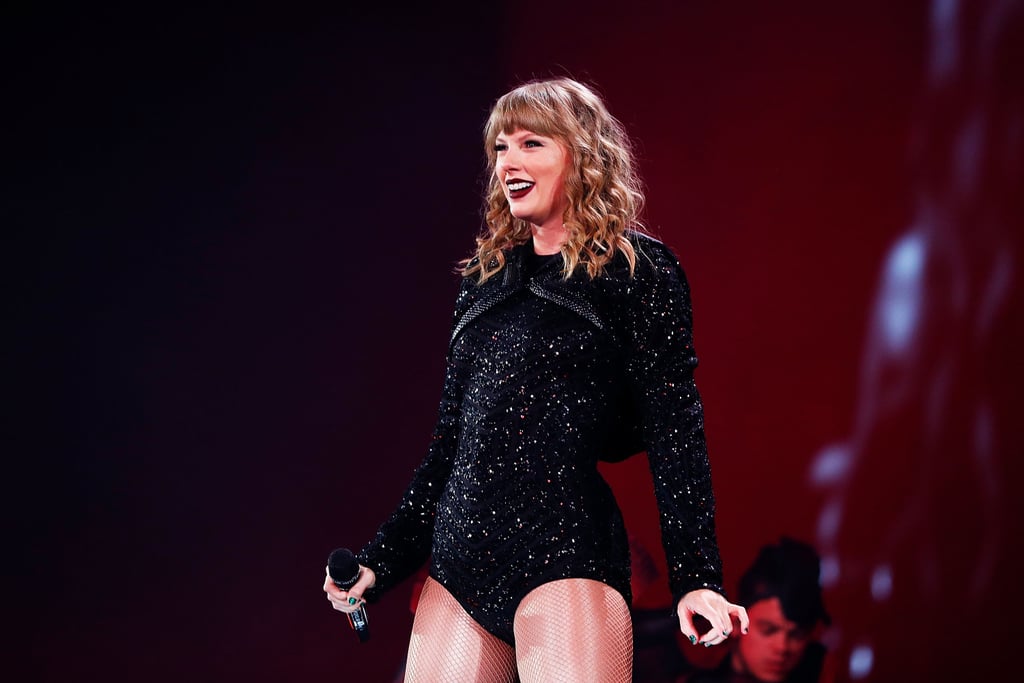 Brace yourself, Swifties, because it seems like new Taylor Swift music is coming! While the singer has mostly stayed out of the spotlight since she wrapped up her Reputation stadium tour last year — save for a few under-the-radar appearances with boyfriend Joe Alwyn — she has been staying active on social media with photos of her cats and photos of her filming the movie Cats. One post in particular, however, has fans going into overdrive with theories about a new album.

On Feb. 24, Swift posted a cryptic photo of palm trees with a starry filter. While it seemed harmless, fans couldn't help but notice her caption had seven palm tree emoji, as in a possible nod to a seventh album. Rumors of her upcoming album have been swirling for a while now. Last Summer, Swift made multiple trips to the studio, and at the Billboard Music Awards in October, she casually confirmed that the "next chapter" in her career is in the works. Not to mention, Swift said she would be releasing another album before she turns 30. Since she turns 30 on Dec. 13, that means we could be getting new music THIS year!

Until Swift gives us the official confirmation, let's break down what that palm tree Instagram post could mean for the new Taylor Swift era!

Michelle Obama
Michelle Obama Responds to "Horrifying" SCOTUS Decision: "It Must Be a Wake-Up Call"
by Yerin Kim 20 hours ago