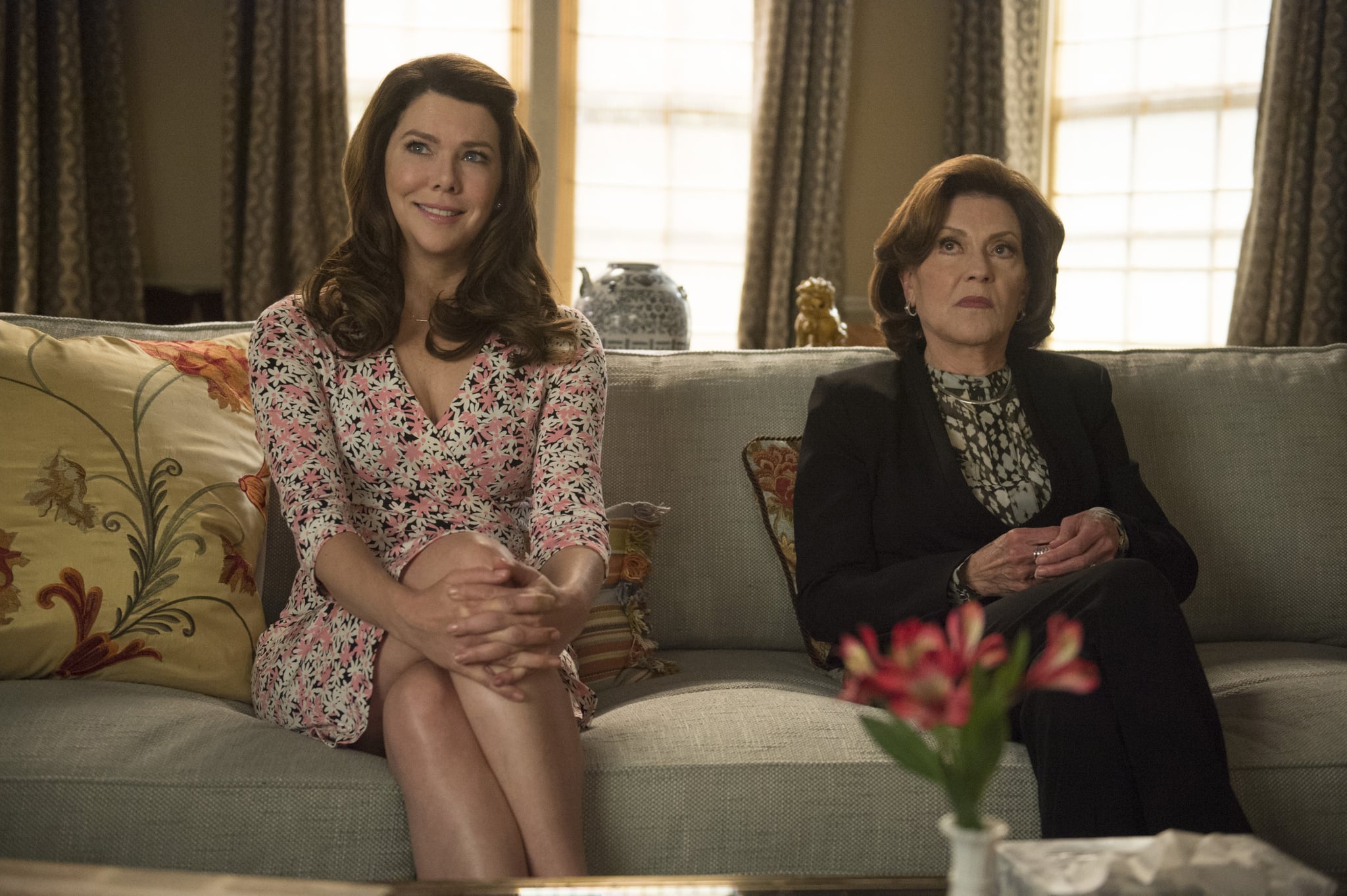 Once upon a time, creator Amy Sherman-Palladino dreamed of ending Gilmore Girls with four specific words. First mentioned in a 2006 interview with TV Guide, the mystery of the last four words has grown to mythological proportions. Sherman-Palladino left the show before its seventh and final season, so she never had the chance to end the show the way she wanted — until now. Fans and critics alike have tried to get the phrase out of Sherman-Palladino for years, but she has resisted, and now that A Year in the Life has given her a second chance to end the series, we're really glad the ultimate spoiler was never given up along the way.

Major, major spoilers for the final episode of Gilmore Girls: A Year in the Life below!

Luckily the reboot finally arrived on Friday, and with it came the big reveal. After months of the cast hinting that the words would cause "a heated debate," the final episode ends with Rory (Alexis Bledel) telling her mother, Lorelai (Lauren Graham), that she's pregnant:

Then, it cuts to black. While we appreciate that Sherman-Palladino got the chance to end her show on her own terms in "Fall," we're left with mixed feelings. Does this mean future installments are on the way? Will we ever find out what happens next, or who the father is?! Our bet is on Logan, but regardless of the cliffhanger-esque ending, it does feel like a fitting time for Rory to tell her mom the news. The scene comes just after Luke (Scott Patterson) and Lorelai tie the knot, and Rory is 32 years old, the same age as Lorelai was when the original series began.

Upon reading the final words, Graham's initial reaction was mixed. "It's not as resolved as I thought they would be," she told Entertainment Weekly. "To read the final episode, it's not totally final. In the horror movie equivalent, all the aliens are dead. Wait. No, they're not! I keep saying, 'Hey, does anyone else notice this isn't actually an ending?' Amy and Dan [Palladino] just giggle at me." We can't say we disagree. How did you feel about the ending?