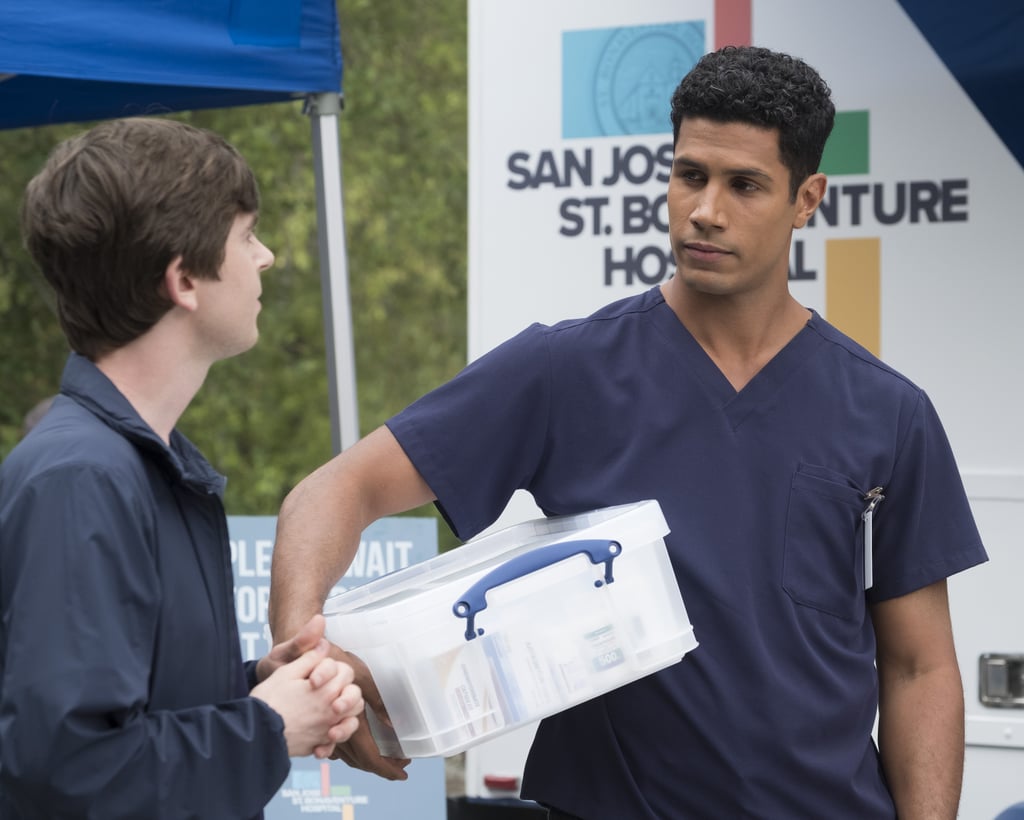 The Good Doctor season two premiere was filled with sad scenes, but one of the most emotional moments was when Dr. Jared Kalu (played by Chuku Modu) left St. Bonaventure Hospital. After a rocky first year as a resident, Jared receives an acceptance letter from Denver Memorial Hospital at the end of season one. While Deadline reported that actor Modu would not be returning for season two, his character appears in the first episode of season two for a final send-off.

Instead of spending his final day at St. Bonaventure in the hospital, Jared teams up with Shaun to set up a mobile clinic for homeless patients. In addition to helping a patient reunite with his family, Jared also bonds with Shaun in the process. Though the two initially misdiagnose a patient named Harry, Shaun enlists Jared's help once again when he realizes that he actually has a brain tumor. After getting scolded by Dr. Andrews for disobeying his orders to stay at the clinic, Jared sticks up for Shaun and expresses how proud he is of him "for [sticking] to his gut and [fighting] for what's right." It's a moving moment between the two colleagues, but nowhere near as emotional as his reunion with Claire.

Following their dramatic split last season, Claire begins to wonder if she made the right decision. As Jared sits outside the hospital at the end of the episode, Claire comes outside and asks him to stay. Though he declines her offer, he adds that he thinks their breakup was for the best. "It's hard saying goodbye. It doesn't mean it's a mistake," he tells her. "You'll be OK . . . I'll be OK. I think one day, we'll both be very happy." And with that, he picks up his bag and walks away from St. Bonaventure Hospital.

While it certainly makes sense for Jared to want a fresh start at a new hospital, we're definitely going to miss him! See more pictures from the season two premiere ahead.