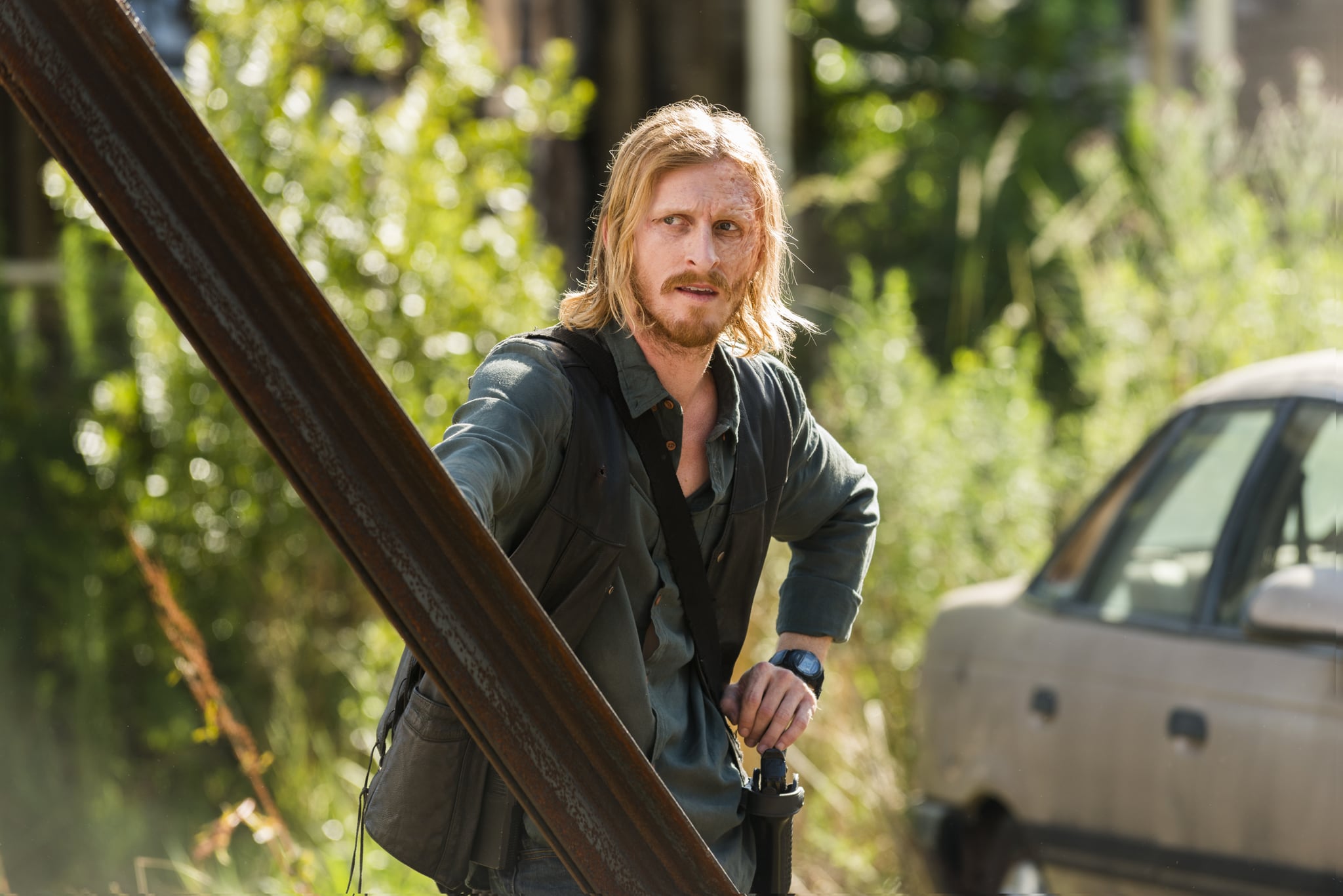 Ever since the gruesome premiere, The Walking Dead has been playing a frustrating game of keep-away with many of the main characters. The second episode focused on Carol and Morgan finding sanctuary in King Ezekiel's care, and the third episode shone a spotlight on a character you may have discounted: Dwight. We've seen him in a handful of episodes since, and it appears that the show is echoing Dwight's an important storyline in the comics, but just where does it go? Let's explore what happens with Dwight in the books, because he plays a vital role in the war against Negan.

What We Already Know

We get some of Dwight's interesting and tragic backstory during the third episode. The reason for his attempted escape (when Daryl first encounters him in the woods) is grim: Dwight's wife, Sherry, has a sister, Tina, who needs medication, but she doesn't have enough to get it from the Saviors. Negan tells her that if she'll marry him, he'll put her on his medical plan, so to speak. Dwight, Sherry, and Tina flee the compound, but Tina dies without her meds. Dwight and Sherry return, and in exchange for sparing their lives, Negan marries Sherry (also "superhot," as he says) and puts an iron to Dwight's face. Dwight is now one of Negan's top men, but it's obvious he still despises Negan. In the season's penultimate episode, we learn that Dwight has surrendered himself to Rick's people, saying he wants to help them.

What Happens in the Comics

Dwight's animosity toward Negan reaches a fever pitch when Negan keeps pushing his sex life with Sherry in Dwight's face, and Dwight decides he's had enough. He becomes a double agent, going over to the Kingdom to share information about Negan and the Saviors with Rick and Ezekiel. At first, they don't trust him, then he reveals the story of how he got his scar. They agree to work with Dwight, and he lays low until war eventually breaks out between the Saviors and Ezekiel's people. He successfully sabotages Negan's efforts to shoot everyone with infected arrows. At one point, Dwight shoots Rick with an arrow, but it's not infected. Rick is able to recover and slash Negan's throat, but Negan survives and becomes Rick's prisoner.

Dwight becomes the de facto leader of the Saviors, who are now relatively tame without Negan at the helm. Later, he assists Rick in the battle against the Whisperers and eventually helps Negan fight the Whisperers as well. After the ordeal with Negan, his relationship with Sherry never recovers, and Dwight remains a tragic figure.

We'll find out how similar the show's storyline will be on the season finale.