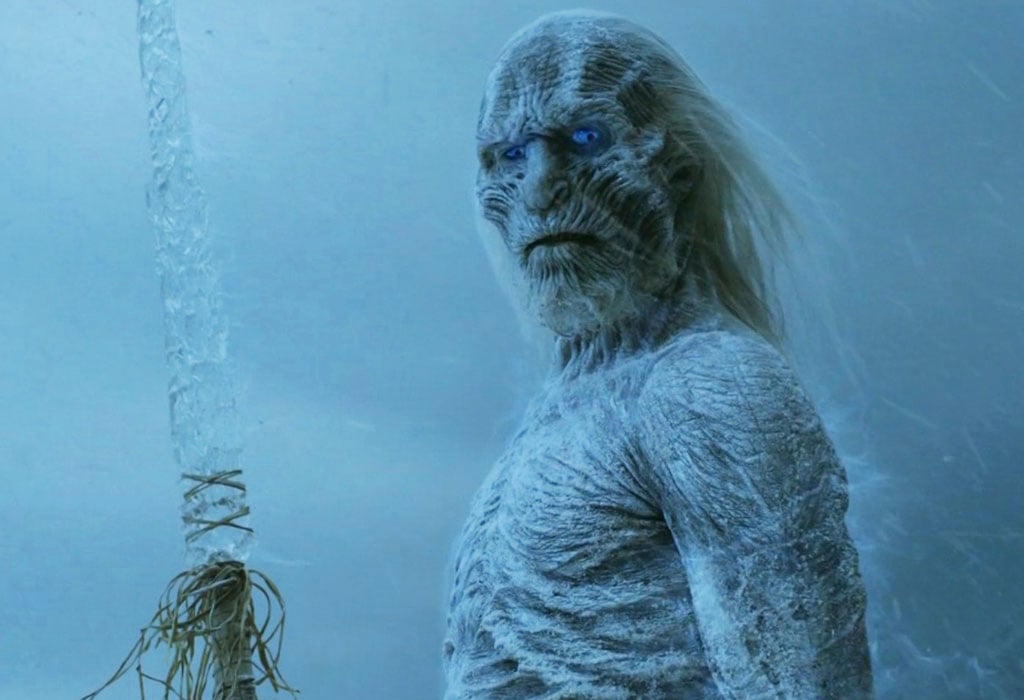 Ever since Game of Thrones first premiered back in 2011, we've heard the phrase "Winter is coming" over and over again. Not only is it the ominous motto of House Stark and a reference to the literal change of season, but it's also a nod to an ancient legend in Westerosi history: the Long Night. In the season seven finale, it starts snowing in King's Landing, which hints that a repeat of the dreaded Long Night might not be too far off. Here's what that could mean for our heroes.

Around 8,000 years before Aegon I Targaryen conquered most of Westeros, a winter season known as the Long Night lasted for an entire generation and almost wiped out the human race. According to ancient legends, this dark period gave rise to the Others (aka the White Walkers and the wights). People living in Westeros at that time were weak from cold and famine, which made the Others' descent from the Lands of Always Winter (as far north as Westeros goes) hard to defend against.

In the first season, Old Nan tells Bran a terrifying story about what it was like to live through it. "Oh my sweet Summer child, what do you know about fear? Fear is for the Winter, when the snows fall a hundred feet deep. Fear is for the long night, when the sun hides for years and children are born and live and die, all in darkness. That is the time for fear, my little lord, when the White Walkers move through the woods," she says. "Thousands of years ago there came a night that lasted a generation. Kings froze to death in their castles, same as the shepherds in their huts. And women smothered their babies rather than see them starve, and wept and felt the tears freeze on their cheeks." Ever heard of Goodnight Moon, Old Nan?

How to Stop It From Happening Again

As legend has it, the Westerosi soon discovered that dragonglass can destroy White Walkers, and humanity was able to fight back with the help of the Last Hero — Azor Ahai, the Prince Who Was Promised — in the Battle For the Dawn, which included the first members of the Night's Watch. Once defeated, a character named Bran the Builder (the founder of House Stark) supposedly teamed up with the Children of the Forest to build the Wall, putting a near-impenetrable barrier between Westeros and the Lands of Always Winter.

Even if you don't know about the Long Night, the name Azor Ahai should be familiar to you after hearing Melisandre bring it up every chance she gets. After figuring out that no, it wasn't Stannis Baratheon, the Red Priestess has begun suggesting that Jon Snow is actually the Prince Who Was Promised. The prophecy states that during the next long Winter, when the White Walkers rise again to take the seven kingdoms, Azor Ahai will return as "the prince that was promised," a hero born "amidst salt and smoke" who will "draw from the fire a burning sword." It is Azor Ahai who will drive back the dark army and save Westeros.

At this point, the identity of the reincarnated Azor Ahai has yet to be revealed. On top of Jon Snow, Daenerys has also been cited as a strong candidate, and even Ser Davos's name has been tossed into the ring. All we know for certain is that, whether the characters want to admit it or not, Winter has officially come to Westeros. Azor Ahai better reveal themselves before it's too late.