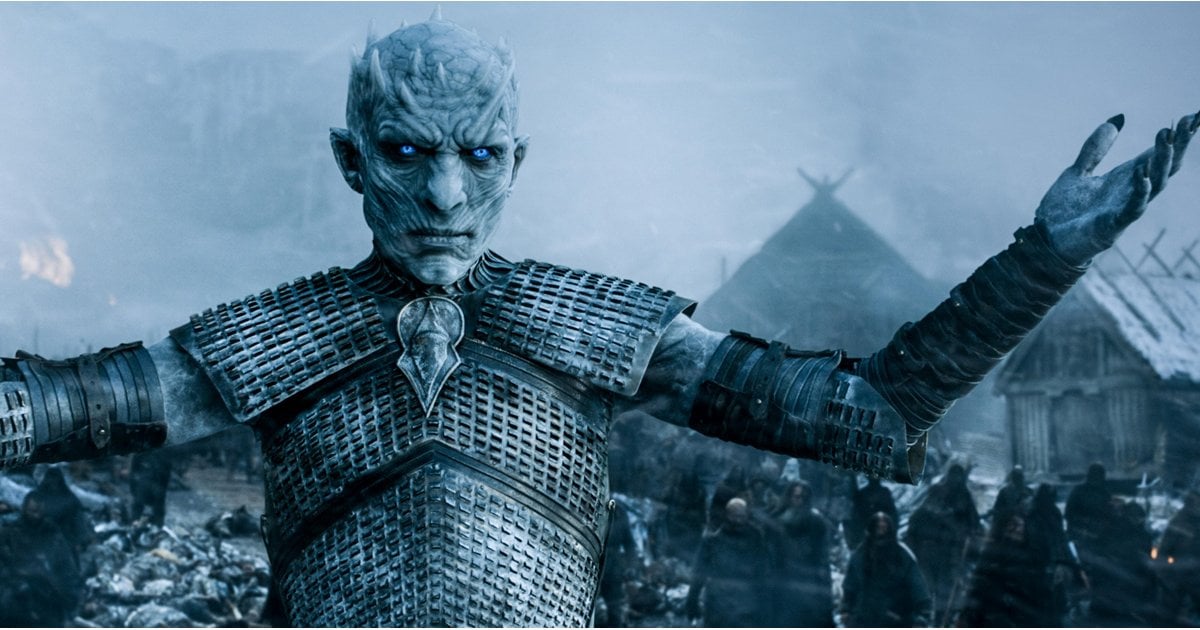 "Winter is coming" — it's a phrase any Game of Thrones fan knows well enough since it is the ominous motto of House Stark and has been teased throughout the series since the very first episode. But now, more than ever, the words carry greater meaning (and potential doom) for everyone in Westeros. As we saw in season six's finale, "The Winds of Winter," the cold season has finally arrived. What does that mean for the potential throne-takers out there?

1. It literally means the Winter season.

The changing of the seasons in Game of Thrones doesn't follow logical rules. In A Clash of Kings, George R.R. Martin's second novel in the series, it's established that a white raven's sole purpose is to announce the end of Summer and the start of Fall. As you might recall in season one, Ned Stark mentions that the peaceful, plentiful Summer everyone has been enjoying has lasted nine years — the longest in Westerosi history — but that "Winter is coming." Jon Snow and Sansa Stark later receive a white raven from the Citadel, which officially sets the changing of the seasons into motion. Now that Winter is here, it could possibly last for close to a decade, and you can bet that it's going to be miserable for all involved.

Since only the southernmost tip of Dorne is safe from the snow, most of Westeros is going to be in trouble. With the government at King's Landing in constant flux and resources dangerously depleted from the War of the Five Kings, do they even have the tools to endure years of frigid temperatures? The most likely answer is a resounding "hell no," especially if Cersei remains on the throne. She doesn't exactly seem inclined to dole out Ugg boots to keep her subjects warm.

2. It's a metaphor for hard times.

Martin has said that "Winter is coming" has a metaphorical layer to it, since life can't be peachy 100 percent of the time. Even if life seems like it's going well for the most part (Summer), highs come with lows. A dark period (Winter) needs to take its turn. Overall it's an apt metaphor for the entire series, which has proven time and time again that not a single character remains safe for long.

3. It could hint at a repeat of the Long Night.

Around 8,000 years before Aegon I Targaryen conquered most of Westeros, a winter season known as the Long Night lasted for an entire generation and almost wiped out the human race. According to ancient legends, this dark period gave rise to the Others (aka the White Walkers and the wights). People living in Westeros at that time were weak from cold and famine, which made the Others' descent from the Lands of Always Winter (as far north as Westeros goes) hard to defend against.

In the first season, Old Nan tells Bran a terrifying story about what it was like to live through it. "Oh my sweet Summer child, what do you know about fear? Fear is for the Winter, when the snows fall a hundred feet deep. Fear is for the long night, when the sun hides for years and children are born and live and die, all in darkness. That is the time for fear, my little lord, when the White Walkers move through the woods," she tells him. "Thousands of years ago there came a night that lasted a generation. Kings froze to death in their castles, same as the shepherds in their huts. And women smothered their babies rather than see them starve, and wept and felt the tears freeze on their cheeks." Ever heard of Goodnight Moon, Old Nan?

As legend has it, people soon discovered that dragonglass can destroy White Walkers, and humanity was able to fight back with the help of the Last Hero — Azor Ahai, the Prince Who Was Promised — in the Battle For the Dawn, which included the first members of the Night's Watch. Once defeated, a character named Bran the Builder (the founder of House Stark) supposedly teamed up with the Children of the Forest to build the Wall, putting a near-impenetrable barrier between Westeros and the Lands of Always Winter.

4. The White Walkers are headed for the Wall.

The White Walkers and their army of frozen demons are like a personification of Winter, and since Bran is headed South, they're on their way to the Wall in search of him ("SMDH" — Bran the Builder, while rolling in his grave right now). An assault from them is inevitable, but there is a sliver of hope that even if they are able to overpower the Night's Watch and destroy the Wall, the combined forces of Jon Snow and Daenerys Targaryen (oh, and her dragons) are standing in their way.

Would you hurry up, season seven?