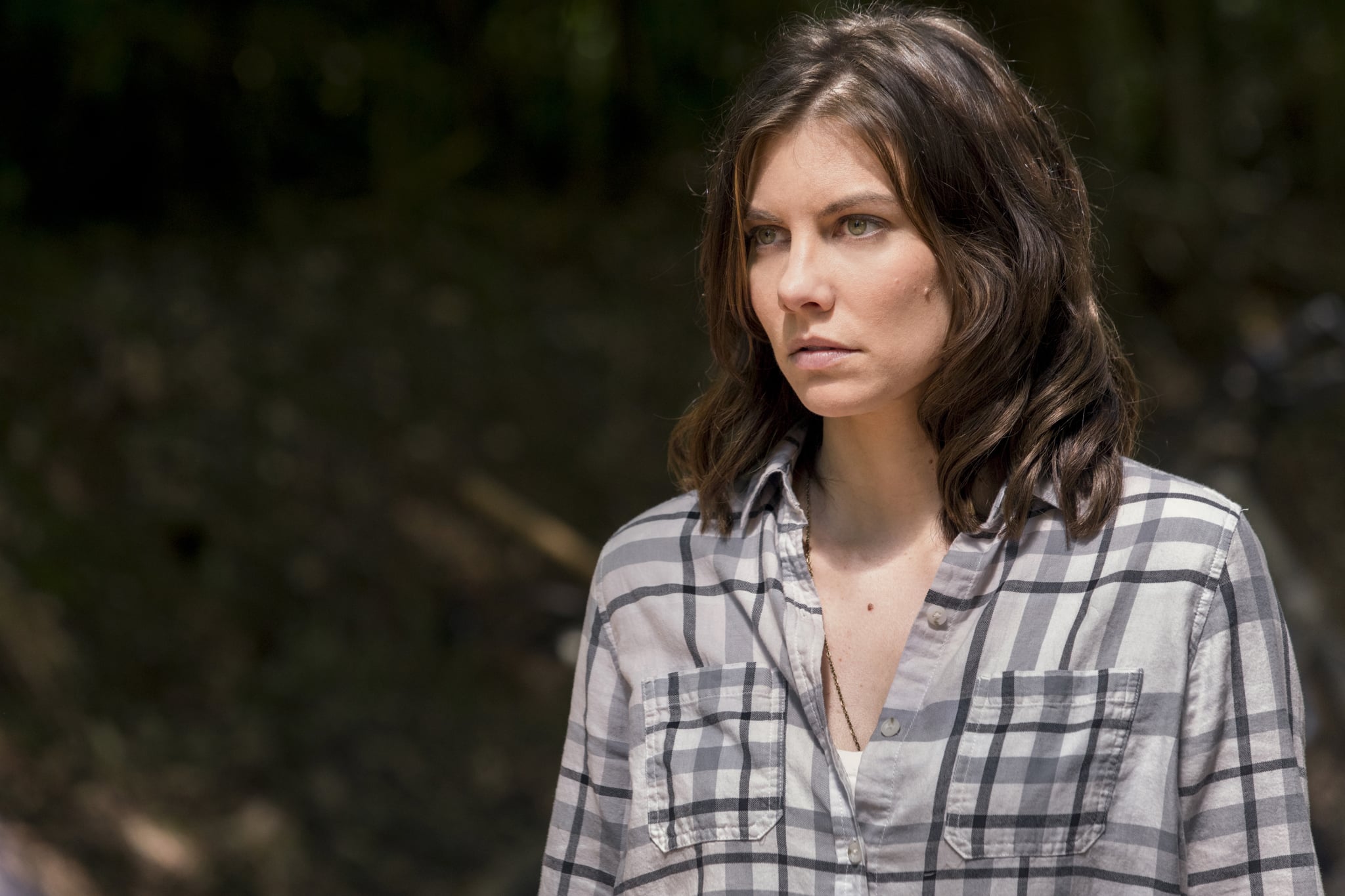 Warning: Minor, terribly sad spoilers for the season nine premiere of The Walking Dead below!

In a break from the norm, The Walking Dead's season nine premiere doesn't make us sit through the gut-wrenching death of a beloved character. Instead, we get to silently, morbidly cheer as Maggie finally puts an end to Gregory's devious plans at sabotage once and for all by sentencing him to the gallows. But that's not to say that the episode doesn't have us feeling emotional for another reason.

Before Maggie gets revenge on her Hilltop rival in the Greg Nicotero-directed premiere, "A New Beginning" finally introduces us to her bouncing baby boy with her late husband, Glenn: little Hershel Rhee. After what seemed like an eternity of pregnancy, the zombie drama (wisely) chooses to skip over Maggie's delivery altogether and pick up with her two-person family when adorable Hershel is already a few months old (and reportedly "a little stinker," according to Maggie).

Related:
17 Emotional Maggie and Glenn Moments That Will Leave Your Heart in Pieces

If you've been a loyal fan of The Walking Dead since the start, then Maggie's choice in name for her son shouldn't come as a surprise; it is, of course, in honor of her late father, Hershel Greene. The former vet and widowed owner of the Georgia farm where Rick and company arrive in season two stayed on the show until the mid-season premiere of the fourth season, in which he's heartlessly decapitated by the governor in front of his family outside the prison.

What makes the nod to the character even more bittersweet is that the actor who played Hershel, Scott Wilson, passed away at the age of 76 on Saturday night, just a day before the show's premiere.

"Scott will always be remembered as a great actor, and we all feel fortunate to have known him as an even better person," AMC said in a statement over the weekend. "The character he embodied on The Walking Dead, Hershel, lived at the emotional core of the show. Like Scott in our lives, Hershel was a character whose actions continue to inform our characters' choices to this day. Our hearts go out to his wife, family, friends and to the millions of fans who loved him. Scott will be missed."

Now, excuse us as we watch this GIF on repeat and sob for a few more hours.