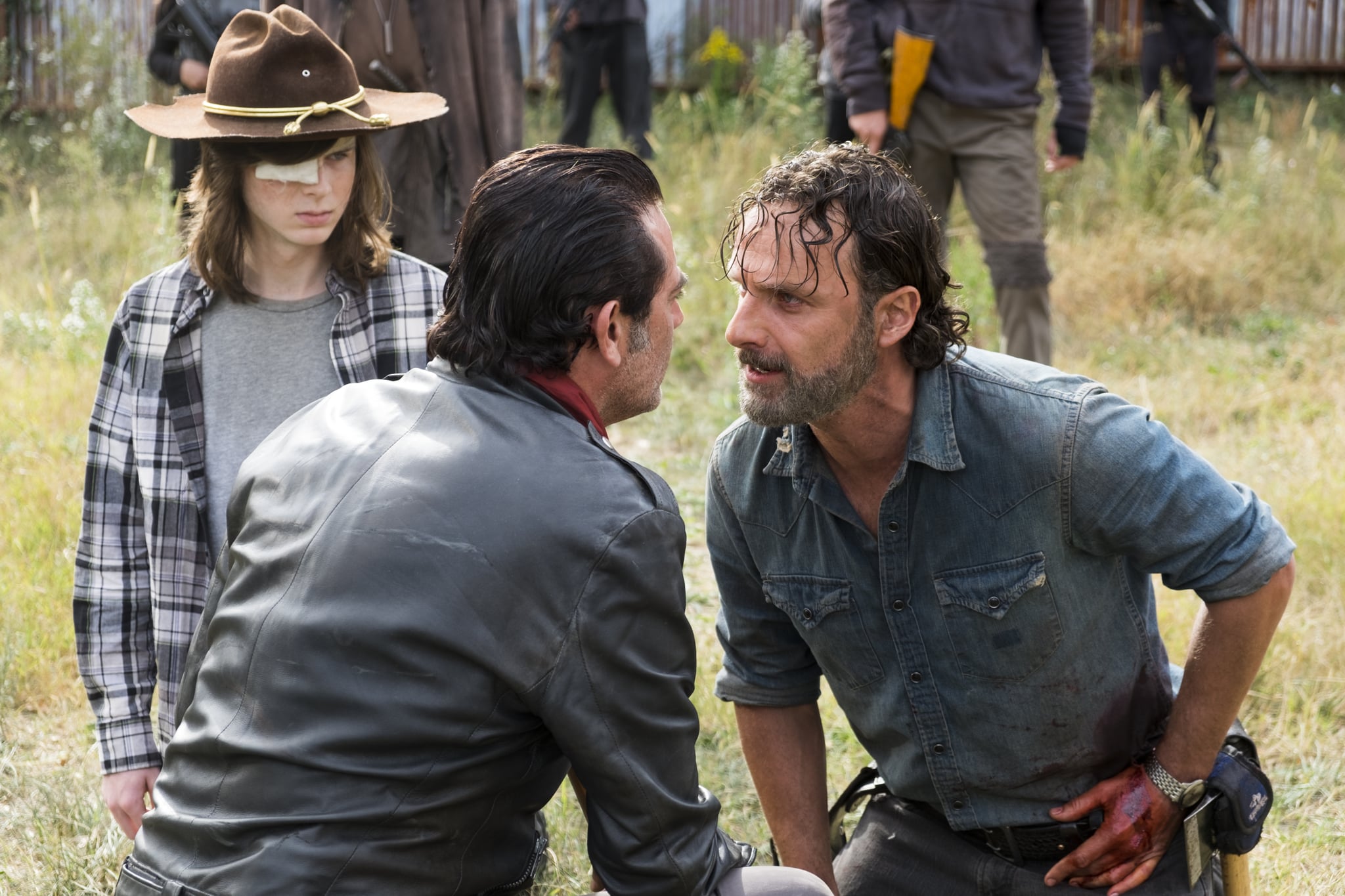 Let's face it: season seven of The Walking Dead was a chore to get through. Sure, it has its moments, like when Shiva comes to Carl's aid, but for the most part, things are slow. After a heart-pumping first episode that sees Negan killing off Abraham and Glenn, the rest of the season lags as Rick and company contemplate how to retaliate. Now that the season has ended and the war against the Saviors has finally begun, here's what I'd like to see in season eight.

Just because it's a zombie show doesn't mean the plot should move at a zombie's pace. While we are introduced to interesting new communities such as Oceanside and the Kingdom in season seven, too much focus on random character development made episodes feel longer than they actually are. Less Negan showing Carl around the Sanctuary and more badass zombie-whacking, please.

2. Ease Up on the Melancholia

I get it. They're in the middle of a zombie apocalypse and things are dire. However, that doesn't mean we have to be reminded of it all of the time. Sometimes, it's nice to take a break from the madness and revel in sweet moments like Rick's fantasized dinner with the gang in the first episode.

We're so excited that Rick and Michonne are together, but we've only gotten to see their relationship in small doses. As episode 12 proves, they make a great team and their chemistry is off the charts. With the apocalyptic drama starting to get stale, what better way to spice things up?

4. Negan Should Get What He Deserves

He might be responsible for some of the best one-liners on the show, but the scarf-wearing baddie has overstayed his welcome. He's supposed to play a big part in season eight, so maybe he'll be exciting to watch again, but it's definitely time for him to meet his maker. (Or at least go away for a while.)

Given what we know so far about season eight, it looks like some of these suggestions might be on the agenda. However, it will be a long six months before we find out.