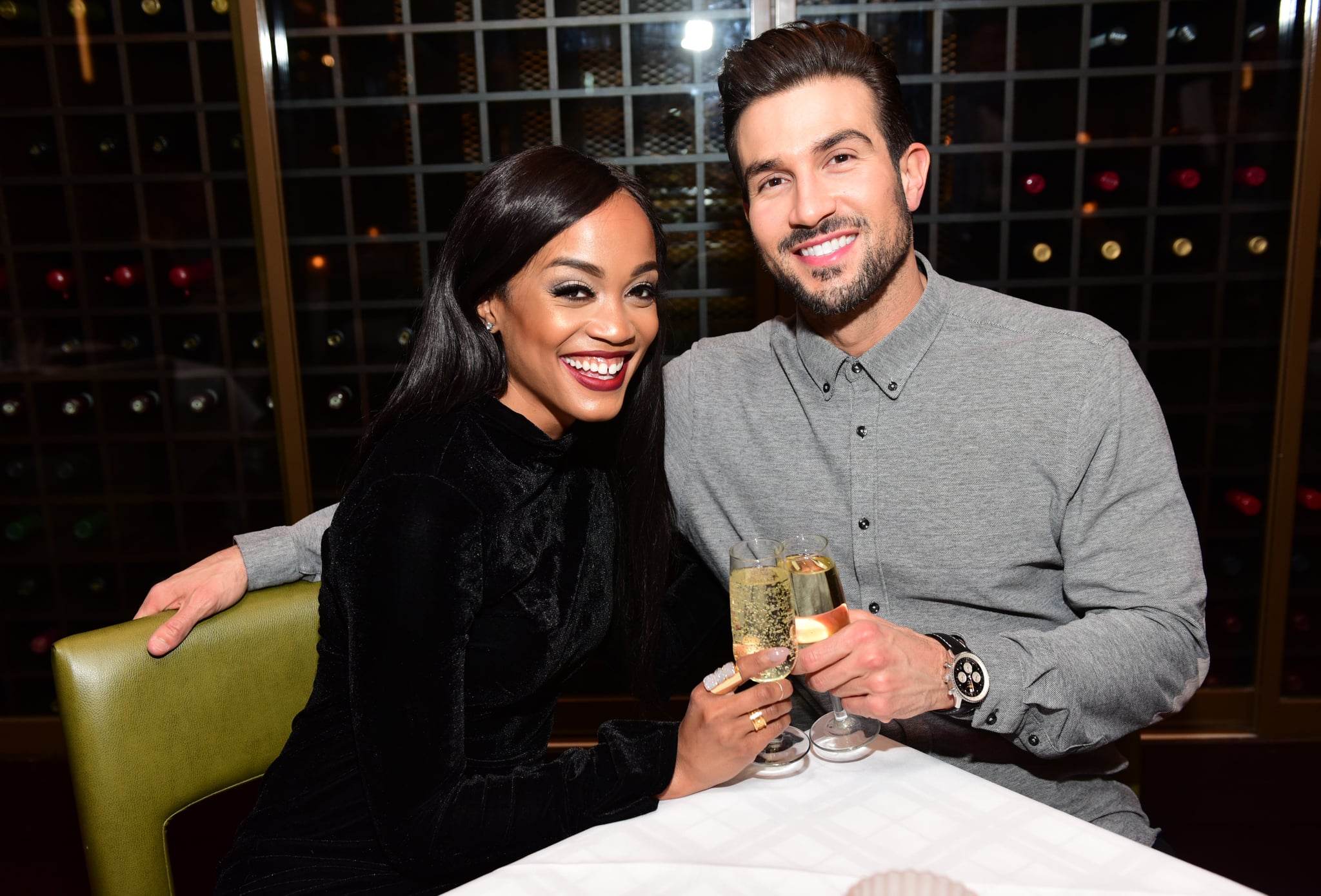 Get ready, Bachelor Nation, because there's another Bachelor wedding on the horizon! Rachel Lindsay is officially going from The Bachelorette to the bride and starting to plan her nuptials to fiancé Bryan Abasolo.

On Jan. 28, the 33-year-old attorney posted a photo with her new wedding planner, Michael Russo, to her Instagram page. "O-M-G It's happening! Wedding planner ✅," she wrote. "Thank you @mikierusso for making me a bride! I'm beyond excited. I cant wait to take you all along this journey and share details with you. Countdown to making RnB official 👰🏾🤵🏻♥️ #summer2019 #rnb #bridetobe"

Russo, a well-known celebrity wedding planner, shared the news on his official Instagram page as well, saying the two are "going to have a blast" planning the wedding and will have to take it easy on the future groom. Lindsay and Abasolo have been engaged since the season 13 finale of The Bachelorette in 2017 and are apparently planning on having a Summer wedding. "I haven't announced the official date yet," Lindsay teased to Entertainment Tonight. "It will be a destination wedding in a warmer location, closer to Colombia, where Bryan's from, but it's not in Colombia."

Related:
1 Year Later, The Bachelorette's Rachel and Bryan Look More in Love Than Ever

Wherever the destination wedding will take place, it's certainly not going to be small. Though Lindsay originally planned on getting married in a courthouse, those plans have definitely changed since the two have started making their wedding arrangements. "I wanted a 50 person wedding. We're already at 150," she admitted. The former Bachelorette also revealed that she already has her wedding dress designer, having decided to go with a dress by Randi Rahm.

"She designed the dress that Bryan proposed to me in, so it only makes sense that that's who I go with to design my wedding dress," Lindsay explained. "I'm very, very excited . . . We're hitting the ground running. [I've] gotta go to New York, get fitted!"

We can't wait to see what else these two lovebirds have planned.